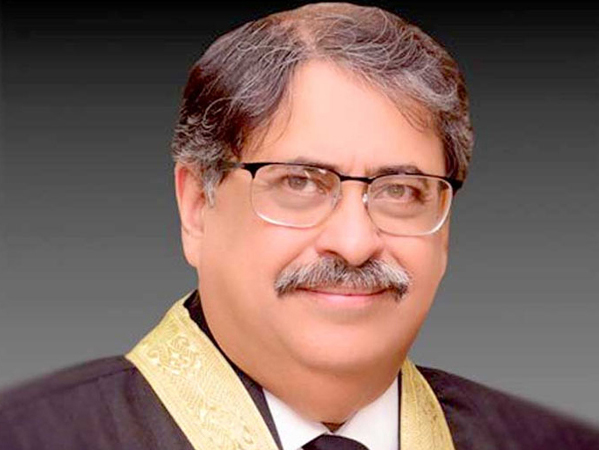 “When the group of lawyers entered the Islamabad High Court, I came out. When I reached the door, the lawyers broke down the door. When police came to protect me, I told police to go back. I was held hostage for over three hours but I remained firm,” Chief Justice Athar Minallah said during hearing of a case. “I was asked to move to a safer place. Instead of leaving the premises, I faced three-and-a-half-hours siege,” he further said.

On this occasion, senior lawyers present in the court said that they were ashamed of the attack on the Islamabad High Court. The IHC chief justice said that no one including him was above the law, adding that the law will take its own course. “This attack was not on me but on judiciary and the institution. Attack on Islamabad High Court is humiliation of 90 martyrs of the lawyers’ movement,” he added.

He said attack on the court is an action by only five percent of the lawyers, but 95 percent are professional people. “Only 100 lawyers attacked from 6,000 bar members but whole community has been disgraced,” he said. “This state of affairs should be looked into … lawyers have to take care of their dignity themselves … 95% of lawyers can bring a big change,” he remarked. “I could have taken action. But if I had taken action, I would have to do so against my own lawyers,” he remarked, adding that he always prefers relevant authorities to resolve issues.

On one occasion, senior lawyer Mian Abdul Rauf assured the court that such incident will not happen again. The IHC chief justice replied that it can only be guaranteed if those responsible for the incident are exemplified. “This court expects the bar council to take action against those involved in the incident … no compromise should be made on such incidents,” he added.

“We should also see who used a few lawyers for the purpose,” Mian Abdul Rauf said. The chief justice responded that they should not give an impression that there was a conspiracy behind the incident. “Everyone was a familiar face …. how can it be claimed that someone else was behind the attack?” he questioned. “They were all our people,” the chief justice further said. “Remember one thing: history is never written wrong,” he remarked, adding that in last seven years, he never supported any illegal action. “I can never expect these people to attack me. You don’t know who was leading it? What was the fault of these flowerpots? Why were the glasses broken, where are we headed to? Quaid-e-Azam got this Pakistan because of his professional conduct,” he remarked.

Meanwhile, the contempt of court case against those who attacked the Islamabad High Court premises has been fixed for hearing and a reply has been sought from 29 lawyers involved in the case within seven days. A notice issued by the Registrar’s Office has directed the lawyers to appear before the court in person on February 18. The court has also issued notices to all other parties in the case for February 18.

The ongoing protest by lawyers is not only affecting routine cases but also some high-profile cases. Accountability court judge Muhammad Bashir on Wednesday adjourned hearing in a case of income beyond known sources of income against former finance minister Ishaq Dar. The case was adjourned till February 24 without hearing due to strike by the lawyers.