Lawyers on a rampage, vandalise IHC building over demolition of chambers

* Lawyers launch violent protest, smash windows in Chief Justice Block, forcing the top judge to confine to his room
* 21 lawyers booked by police for being involved in violence 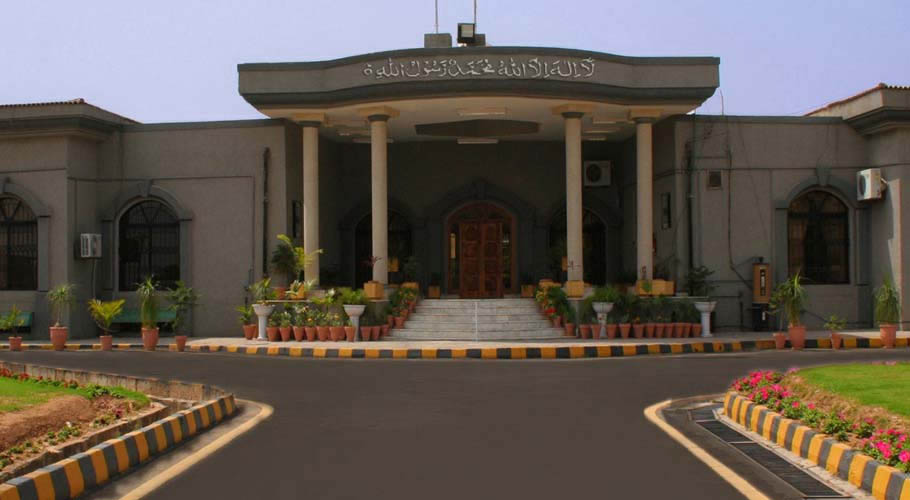 Barging into the Islamabad High Court (IHC) building and rioting outside the chief justice’s chambers, lawyers in Islamabad on Monday wreaked havoc as they protested the demolition of their illegally built chambers by the Capital Development Authority (CDA).

A mob of lawyers smashed windows in the chief justice block, chanting slogans outside the IHC chief justice’s office, trapping the top judge inside. As the lawyers’ protest grew violent, female employees were evacuated from the block and other IHC judges also arrived at the scene. Rangers and Counter-Terrorism Department officials were also deployed along with police in order to control the situation. Proceedings in district courts as well as in the IHC were suspended and petitioners were stopped from entering the building. The road outside the court was blocked for traffic. The lawyers also misbehaved with journalists who were present on the scene and were recording videos.

The Special Security Unit was not present when the lawyers started their protest. Officers from the Islamabad police arrived at the scene after considerable delay. IHC CJ Athar Minallah was reportedly forced to confine himself to his chamber as the violence unfolded.

Police later in the evening registered cases against the lawyers who earlier in the day stormed the IHC premises and vandalised it. The IHC, in a statement, said that cases have been registered against the lawyers who stormed the high court and inflicted damage at the premises of the IHC. Police are currently raiding different parts of the city to arrest the lawyers who were involved in the violent protest. Twenty-one lawyers have been booked by police for being involved in the protest and separate contempt of court proceedings will be initiated against those found guilty of the offence, read the high court’s press release. The IHC stated that it had sent a reference to the Islamabad Bar Council to suspend the licenses of the lawyers who were involved in the protest. After talks with CDA authorities, the lawyers presented six demands which include: immediate release of arrested lawyers; rebuilding of all chambers that were demolished by the administration; payment of Rs 500,000 per chamber in compensation; transfer of Islamabad district commissioner, concerned superintendent of police and sessions judge from the capital. They demanded that until the transfer of district courts, chambers for young lawyers be built on the land of a football ground in Sector F-8 and 10 acres of land be allotted for lawyers’ chambers in the area where district courts are transferred.

Meanwhile, a notice was issued by IHC Bar Association Secretary Suhail Akbar Chaudhry, announcing a strike and saying that not only will the body protest against the ‘injustice’, it will also take ‘strict action, if needed’. “All esteemed bar members are informed that Islamabad district administration and CDA have cruelly taken down chambers of young lawyers,” the notice read. “The Islamabad High Court Bar Association will not remain quiet on this cruelty and injustice and will not only protest against [it] on every forum but will take strict action if needed. In this regard, the IHCBA is going on a strike. Young lawyers should be compensated for their loss and no lawyer will appear in any IHC bench; strict action will be taken against lawyers who appear [in courts],” it added.