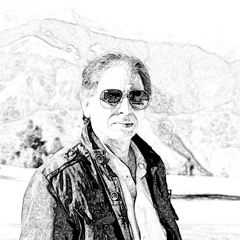 Given Biden’s call to review, a time has come when Pakistan is supposed to play its anchoring role in US-Taliban Afghan peace deal with support of other regional powers by re-collaborating the implementation of agreement on crucial points that center on rescheduling of deadline of US troops withdrawal, return of prisoners of war, ceasefire, UN sanctions on Taliban and future political roadmap that leads to interim government in Afghanistan, says Dr. Barnett R. Robin, Head of Center on International Cooperation, New York University and former advisor to Obama administration.

Re-collaboration framework if framed neither benchmarks nor outcomes as envisaged originally in Afghan peace deal should be susceptible to get compromised at all,” he said loud and clear during a Webinar held under the auspices of Institute of International Relations and Media Research (IIRMR) at venue of Roshan Pakistan on Sunday. Foreseeing that newly-formed Biden administration is not going to undo Afghan Peace deal in contrast with what former President Trump did by revoking Iran nuclear deal, he proposed a “brief pause” in order to allow all stakeholders to renegotiate. “But the renegotiation is required to be done in a spirt that benchmarks and others set goals envisioned in the agreements should stay completely intact,” he maintained.

Elaborating further the modalities of renegotiation, he said timeline and methods of interrelationship of implementation of agreement that are interdependent on one another are the decisive factors. “New dynamics of agreement may work in a way by lengthening out deadline of US troops withdrawal by six months, reschedule of what America is supposed to do like release of rest of prisons of war, involving Afghan government into discussion for reduction of violence, ceasefire, review of sanctions and so on,” he added.

“And it is good time for possibility of political dialogue and possibility of interim government. And if there is going to be interim government involving all parties into the conflict it is extremely important to avoid what happened in 1992. Renegotiation in detail should be monitored by international community to get assured that security should not be compromised so that smooth process may go well. It would be better for any political transition to take place when American troops are in place,” he mentioned.

“This is the stage when Pakistan and rest of region comes in. Reason is that Taliban are likely to resist if US troops withdrawal delays. If US reaches an agreement with key countries Pakistan, China, Russia and eventually Iran after resuming Joint Comprehensive Plan of Action (JCOPA) or US-Iran Nuclear deal and all regional players have unified position stance over the issue in order to have stable transition with US troops withdrawal, then it is more likely that Taliban will agree,” he concluded.

Speaking on occasion, IIRMR chairman Muhammad Mehdi opined that Pakistan has game-changing role in Afghanistan and peace deal and it is matter of concern if new US administration turns a deaf ear on Pakistan apprehension on Indian involvement and TTP factor in Afghanistan. “Although US hammered the Afghan peace deal but it seemed a pie in sky,” he said.

Pakistan can never stay indifferent on US’s strained relations with Iran particularly in the perspective of Pakistan energy need through proposed Iran Gas pipeline project, exclusion of Indian from Chabahar port and Zahedan Railway project. All these factors impacts US’s South Asia policy a lot. On Kashmir issue, he claimed that US would never engage India in talks. “One of major reason is that we by ourselves poured a cold water on issue since 2019. When we stirred a ripple of third option, then US does not feel a need to talk to India. Come what may Pakistan can never compromise its two national stance. One is Nuclear Policy and second Pak-China relations,” he added.

“Joe Biden is supposed to play effective role in engendering regional and international peace by exercising realistic and pragmatic approach,” said by senior columnists Altaf Hussain Qureshi and Hafeez Ullah Niazi. Being true statesman with vast experience and sagacity about geostrategic role of Pakistan, they said that Biden should be looking to reconstitute good relations with Pakistan However, they said that fear runs deeper that top decision makers of present Pakistan government infamous for their Trump like misdemeanor and sinister acts may throw the spanner in work.

EX-Additional Foreign Secretary Nazir Hussain said that Pakistan would advocate for a reset in the US-Pakistan relations. “We trust, The Biden Administration will support Pakistan’s efforts and help resolve long outstanding issue of Jammu and Kashmir which is the source of instability in the region. Millions of Kashmiris are demanding an end to oppression and persecution by India’s ultra-right wing and RSS dominated government of Prime Minister Modi,” he added. He urged on US not to look at Pakistan in purely transactional and security terms, to see Afghanistan through terrorism lens and stop insisting on ‘doing more’.

“Pakistan prefers economic development over security, eager to develop trade relations towards including the countries in the region and the US. AS for Afghanistan, Pakistan will continue to work for peace and development in that country, independently, and with others stake holders. With India, the Biden administration wants to go beyond just the defence and security-oriented relationship. This means New Delhi will also face tough questions in the coming years,” he revealed.

Senior journalist Salem Safi said that much trumpeted US-Afghan deal favoured only Talibans and American marginalising Afghan govt, civil society and other stakeholders. With this deal, Talibans have resorted targeted-killings of teachers and journalists.

“In my opinion, the Biden administration will serve as the deciding years of the direction of the Democratic Party and the American Left. The left within the party is more radicalized and empowered after years of serving as the opposition to Donald Trump. What really remains to be seen is whether the democratic establishment will lean further to the left from its traditional policies at all- and whether their own party and voters will accept compromises with the republicans (after 4 years of no compromises by trump) that Biden seems to symbolize,” said by Riji Tayyab, Cornell University.

Biden administration may review Peace Agreement with Taliban but it will not abolish it. Pakistan will remain a key partner in this whole process. It is time for Pakistan to start a genuine bilateral relation with US. Pakistan must diversify its relation with the US.

“Unlike Trump, Biden is likely to protect human rights throughout the world as his foreign policy objective,” they concluded.