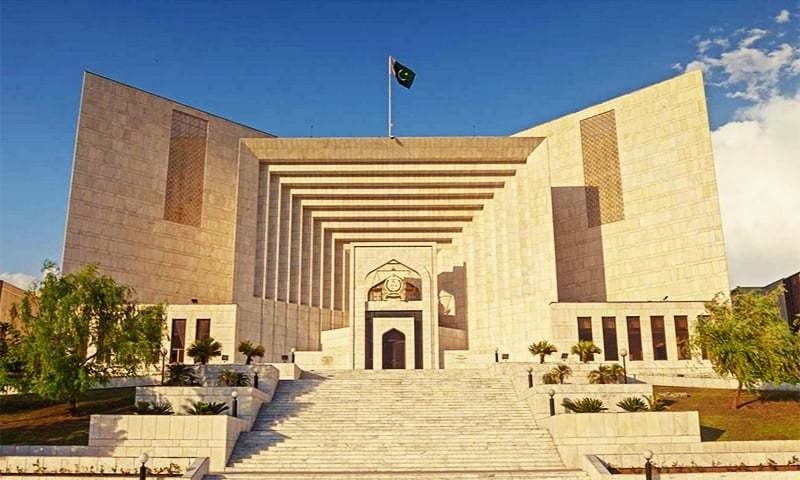 ISLAMABAD: The Supreme Court on Monday accepted the petition of Jamiat Ulema-Islam (JUI) against the Presidential Ordinance on Senate Elections for a preliminary hearing. A five-member bench, headed by Chief Justice Gulzar, heard the presidential reference on Senate elections.

Arguing that the government had promulgated the ordinance for holding Senate election through open ballot, JUI lawyer Kamran Murtaza pleaded that the ordinance should be declared null and void, as the government did not respect the court proceedings and issued it sabotaging the Supreme Court’s autonomy.

Previously, a presidential ordinance was signed to amend section 122 of the Election Act 2017, declaring that the Senate elections will be held through open ballot. Under the Election Amendment Ordinance 2021, ECP will have to reveal the vote to the chief of a political party upon request.

The Chief Justice remarked that the ordinance is subject to judicial opinion. The government issued the ordinance on the basis of speculation. He further said that the petition regarding the ordinance would also be heard along with the case.

Calling the ordinance an attack on the constitution and parliament, PPP Senator Raza Rabbani presented his position before the court, and apprised that a constitutional crisis has been created after the promulgation of ordinance. Rabbani added that no political party wants corrupt people to become member of the Senate.

Justice Ijaz-ul-Ahsan remarked that the ordinance also states that it will be in operation subject to judicial opinion. It can be challenged in the High Court and will not affect court proceedings.

The court rejected the petition for issuing notice under Presidential Ordinance 184/3. It remarked that the ordinance would have been declared null and void if it had not been conditional. Even under the ordinance, voting will be secret. Votes can be viewed later on application.

The case adjourned until Wednesday.