How a truck conductor becomes a Taliban Commander? The untold story of Mangal Bagh.

Mangal Bagh, the head of Lashkar-e-Islam in Pakistan’s Khyber tribal region has gone through a period where law and order prevailed and he had become a symbol of fear in the area. Slips were distributed with his name and people were told about their crimes and sentenced.

Mangal Bagh belonged to the Sipah branch of the Afridi tribe and he was born in 1973 in Bara (A town of Khyber Tribal District). His father died at an early age and he was raised by his mother. Mangal Bagh did not have a secular education and stayed in a madrassa for some time but did not get any certificate of knowledge from there.

According to the information available about Mangal Bagh, he was a bus conductor and later become a bus driver, but since 2004, when the war on terror was being fought in the region, extremist organizations were being formed in Khyber District.

A journalist from Peshawar Lehaz Ali, who monitor the situation in Khyber District during Talibanization, told DT that when tensions between the two organizations escalated, the local administration took action and both leaders were deported. After they were deported, Mangal Bagh activated an organization in the area called Lashkar-e-Islam.

He said, Mangal Bagh became the supreme leader of his organization in 2006 and founded a local FM radio station from where he broadcast his messages.

Before the 2009 military operation, these districts were ruled by extremist organizations, which imposed strict restrictions on the people and imposed several orders. These organizations included the Lashkar-e-Islam, whose leader was Mangal Bagh.

Lashkar-e-Islam remained active in Khyber District for many years and they were supporters of Sharia law enforcement in the Mangal Bagh area. During his tenure, a fine of about Rs 300,000 was imposed for murder and Rs 60,000 for installing a dish antenna at home.

According to an article published on Mangal Bagh life, he was fined Rs. 600 for not praying. Besides, women were not allowed to enter the markets, and beards were declared mandatory. Barbers were strictly forbidden from making shaves.

Similarly, Mangal Bagh issued an order in 2013 stating that no one will be allowed to take snuff and hashish, if anyone violates this order, he will be punished with five lashes.

Recalling this period, a resident of Bara Zrdad Gul (Name changed) said that there was so much fear in the people and most of them supported Lashkar-e-Islam due to fear and did not speak against it. He said that in the so-called court set up by Mangal Bagh, the problems of the locals were heard and decisions were made on them.

According to him: ‘If someone committed a crime such as if someone did not offer a prayer or committed another crime, he was called by name on the FM radio and punished according to the crime or been fined.

He said that sometimes people who were wronged by an influential person, such as asking for interest or taking possession of the property, would go to Mangal Bagh with a complaint, and their problem could be resolved by Lashkar-e-Islam courts.

According to an article on Mangal Bagh’s life published in 2008 in the Long War Journal, an American watchdog website, Mangal Bagh had a different attitude from the leaders of other extremist organizations. On the one hand, he spoke for not challenging the state writ, but on the other hand, he imposed forceful judgments against most social evils, which went against state laws.

According to the same article, he also opposed the Tehreek-e-Taliban Pakistan (TTP) but on the other hand, he spoke for the implementation of the same Sharia system that the Taliban used to talk about. According to the article, Mangal Bagh had strictly banned the use of cannabis and other narcotics in most districts of the Khyber and had also imposed penalties in this regard such as five lashes for taking snuff and drinking hashish.

However, a man from Khyber District who had lived very close to Mangal Bagh in the past told DT that on the one hand there were penalties but on the other hand, they had imposed a kind of ‘tax’ also on cannabis cultivation, and same tax was levied on marijuana users. He said on condition of anonymity.

From a bus conductor to a Taliban Commander

In the same article, it is written that Mangal Bagh used to clean the truck and work as a conductor. He used to say that his family had two trucks plying on the route to Bara and Peshawar. Being from a middle-class family, he has always been against the tribal system and was an influential figure in the region.

According to the article, to include unemployed youth in his organization, he used to encourage them that if they join the organization (Lashkar-e-Islam), their livelihood will be provided.

The article says that Mangal Bagh’s thinking kept changing because, on the one hand, he fought against the Soviet Union in the ‘Afghan Jihad’, and on the other hand after returning from the same war he became part of the Awami National Party and influence of that party. Using his influence, he was elected president of the Bara Transport Association in 2001.

Mangal Bagh’s religious views first came to the fore when he began attending Tablighi Jamaat meetings and preaching. Meanwhile, he met Mufti Munir Shakir, an influential person from Khyber District who had come to Khyber District from Hangu and was preaching Deobandi ideology. Mufti Munir Shakir was also the head of an organization called Harkat-ul-Islam in the area.

Mufti Shakir used to broadcast on FM radio and openly opposed another person living in the same area, Pir Saif-ur-Rehman, who belonged to the Barelvi school of thought. Saif-ur-Rehman had also led Ansar-ul-Islam in the area.

Clashes between the two religious Groups.

The article describes the details, how the differences between Mufti Shakir and Saif-ur-Rehman began as they both belonged to different schools of thought.

Mufti Shakir then appointed Mangal Bagh as the head of Lashkar-e-Islam. Lashkar-e-Islam and its rival Ansar-e-Islam clashes later and at least 500 people were killed, according to the article the recent clash prompted the government to send troops to Khyber in 2006.

Mudassir Shah, a journalist from Khyber District who covered the operation during the Mangal Bagh era, told DT that the battle between Mangal Bagh and Ansar-ul-Islam was based on sectarian rhetoric.

According to Shah, the Mangal Bagh radio station was also considered important by the people and everyone listened to him thinking that no order had been issued against him. Apart from this, people used to listen to his station to keep aware of the orders of Mangal Bagh so that they would not be punished later.

He said, “The situation worsened in 2009 and that is why the Pakistan Army launched Operation ‘Thunder Storm’ and targeted militant hideouts in the area.”

After the military operation, Mangal Bagh fled to Afghanistan, where he was reported killed in 2016 but later it was confirmed that Mangal Bagh is live.

News of the death of Mangal Bagh

On the 27th of January 2021, Ziaullah Amir Khel, the governor of Afghanistan’s Nangarhar province, tweeted from his verified Twitter account, claiming that Mangal Bagh had been killed along with two of his colleagues in a landmine blast in Afghanistan’s Achin district. However, no statement has been issued by Lashkar-e-Islam or Pakistani officials so far.

An account created on Twitter by former Tehreek-e-Taliban Pakistan (TTP) spokesman Ihsanullah Ihsan has also confirmed Mangal Bagh’s death. Even before this, news of Mangal Bagh’s death has been coming too. The last such news came in 2016 that he had been killed in a US drone strike in Afghanistan, but this could not be confirmed at that time. 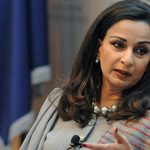 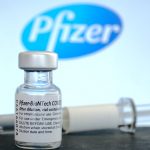