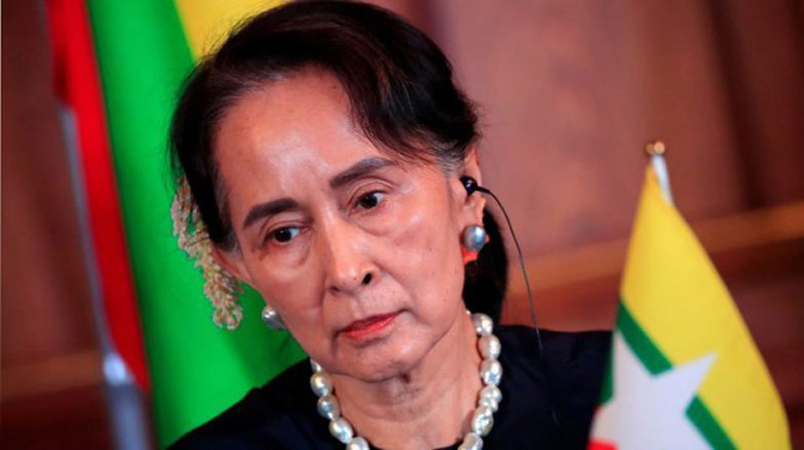 Myanmar’s military seized power on Monday in a coup against the democratically elected government of Nobel laureate Aung San Suu Kyi, who was detained along with other leaders of her National League for Democracy (NLD) party in early morning raids.

The army said it had carried out the detentions in response to “election fraud”, handing power to military chief Min Aung Hlaing and imposing a state of emergency for one year, according to a statement on a military-owned television station.

The generals made their move hours before parliament had been due to sit for the first time since the NLD’s landslide win in a Nov. 8 election viewed as a referendum on Suu Kyi’s fledgling democratic government.

Phone lines to the capital Naypyitaw and the main commercial centre of Yangon were not reachable, and state TV went off air. People rushed to markets in Yangon to stock up on food and supplies while others lined up at ATMs to withdraw cash.

Suu Kyi, Myanmar President Win Myint and other NLD leaders had been “taken” in the early hours of the morning, NLD spokesman Myo Nyunt told Reuters by phone.

“I want to tell our people not to respond rashly and I want them to act according to the law,” he said, adding that he expected to be arrested himself. Reuters was subsequently unable to contact him.

A video posted to Facebook by one MP appeared to show the arrest of another, regional lawmaker Pa Pa Han.

In the video, her husband pleads with men in military garb standing outside the gate. A young child can be seen clinging to his chest and wailing.

The detentions came after days of escalating tension between the civilian government and the military that stirred fears of a coup in the aftermath of the election.

Suu Kyi’s party won 83% of the vote in only the second election since a military junta agreed to share power in 2011.

The White House said President Joe Biden had been briefed on the arrests and Secretary of State Antony Blinken called for the leaders’ release.

“The United States stands with the people of Burma in their aspirations for democracy, freedom, peace, and development. The military must reverse these actions immediately,” he said in a statement, using an alternative name for Myanmar.

UN Secretary-General Antonio Guterres condemned the detention of Suu Kyi and other political leaders and “urges the military leadership to respect the will of the people of Myanmar,” a UN spokesman said.