Mark Bracher and his solution of identity crises in education 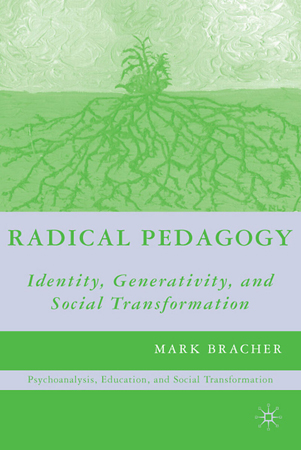 The educational instruction imparted in unmotivated ways can be more ineffective than normal and can make students feel outside the classroom even when he is inside.

The teacher in the classroom has an important task to motivate his students for inculcating his knowledge among the students and making them receive information with a sense of internalization. One way of motivating the students in this regard is to make them realize and maintain their identity in the classroom as is suggested by Mark Bracher in his book Radical Pedagogy: Identity, Generativity, and Social Transformation. He suggests that “maintaining one’s identity is the most basic human need and thus the ultimate motive underlying all human behaviour” and basis his claim on the formula of Identity, Motivation and Recognition.

Bracher has hinted that it has been proved through many of the clinical processes that ‘identity’ principle is working at the base of human behaviours resulting in social problems, even the threat of violence. He quotes Claude Steel who established that ‘when people experience a threat to their identity, they will take various steps, depending on the means available, to re-establish its integrity’.

The same principle, according to Bracher works in the learning process, especially regarding the poor performance, meaning thereby if the learners is given opportunity to possess her/his identity, or enact her/his identity, he is motivated sufficiently to perform better in the learning process. If this opportunity in education process is missing, the learners begin to receive motivation outside the classroom, from many other sources of maintaining identity. This happens, for example in case of athletes, who get motivation from outside class and so, their academic performance level begins to fade away. This can also be understood from the examples of a few students who want them to be recognised as smart, intelligent and possessors of knowledge and so their behaviour in classroom is prompted because of this desire. This may result in good learning or not but if such students do not find chances for them, they get depressed resulting in low performance or even may seek other sources for such a recognition. And this, ‘narcissistic recognition’ may become the cause of so many social evils.

Bracher thinks that even such learners would resort to violent means of attaining this recognition and, so, become a cause of violence based on guns along with the physical violence. This has been happening among the learners who fail to get any positive role in the society and would resort to violence for the recognition of self. Bracher declares that ‘Typical responses include leaving home and school, joining street gangs, and enacting roles of violence at community and ethnic levels that attract attention and provide some individual recognition’. In this case, Bracher identifies with Lacanian theory of identity based on the Real, The Imaginary, and the Symbolic.

It is because of this much significant role of Identity recognition that the learners in the class room should be provided opportunities for the recognition of their identity in order to motivate them sufficiently for an enhanced level of learning. This increases willingness of the students. The teachers in the classroom may recognise the background and the affiliations of the learner and let him claim the same and give him or her equal weightage with the other learners from a different set of circumstances.

There should also be sufficient opportunities for the learners to demonstrate their skills, dexterities, and knowledge in the classroom so that they may not seek without classroom means of satisfying themselves. For this purpose, the activities like, performing activity in or of the class, given chance to make a presentation of the learnt material, suggesting solutions, role playing activities, making video projects of the acquired knowledge and in case of science, innovation and invention and the roles of leadership in learning can be very effective.

As there is a direct link between the classroom and the identity recognition of the learners, maintaining this can reduce crime and violence in the streets of the nation. A learner who is sufficiently motivated in the class room and finds many opportunities to prove his worth, can be a responsible social-being in order to maintain peace and love in the society and in opposite to this, if a learner is seeking more satisfaction outside his class room, can result in the violence-based activities and with the passage of time can become an uncontrollable social behaviour.

This calls for the need of a sufficiently motivated teacher and the classroom available for the ones inside the class and more room for the ones who are outside the classroom. The society may take steps to bring almost every child to the class room so that healthy environment for positive development among the young lot may be introduced and the violence-based activities in the society may be curtailed. In our modern age of technology, the maintenance of the individual’s identity has become even more necessary because it has proved a major tool in the positive socio-political development.