The currently appointed US Secretary of Defence Gen (retired)Lloyd J Austin –who heads the Pentagon –believes that US relationships with the Pakistani military would provide openings for both the country to cooperate on key issues, as he acknowledges that Islamabad “will play an important role in any political settlement in Afghanistan”. This growing realization in the Biden administration to rebuild a viable scope of bilateral relations between Washington and Islamabad is a worthwhile  notion of wisdom.

Gen Austin blunted these remarks during his confirmation hearing before the United States Senate Armed Services Committee on Tuesday. “Pakistan is an essential partner in any peace process in Afghanistan,” Austin, a former head of the US Central Command, told the committee. “If confirmed, I will encourage a regional approach that garners support from neighbours like Pakistan, while also deterring regional actors, from serving as spoilers to the Afghanistan peace process.”

A non-partisan American view on Pakistan holds that Pakistan is an incredibly important country, the fifth largest in the world, the second largest Muslim country in the world, the rising military power, and the only Muslim country with nuclear weapons. Yet unfortunately, an ostrich-like American approach (since the  very beginning of  the Obama administration) viewed Pakistan through the eyes of its neighbors, India, and Afghanistan, which undermined an objective American approach based on pragmatism and merit towards Pakistan. Therefore, it is necessary that the Biden administration must be underscoring the need of rebuilding the Pakistan-US ties beyond any limits of diplomatic parochialism-cum-scepticism.

The top U.S. officials in both the democratic and Republican Governments have been praising Pakistan for its ongoing cooperation in the Taliban-peace talks.

Pakistani Prime Minister Imran Khan said on last Wednesday that Pakistan is looking forward to working with Biden in building a stronger Pakistan-U.S. partnership through trade and economic engagement, countering climate change, improving public health, combating corruption and promoting peace in the region and beyond.  Pakistan’s engagement with the United States during Donald Trump’s last two years displayed Pakistan’s role as a facilitator in the Taliban-U.S. talks that led to the signing of a deal in February 2020.

Presently for Pakistan, the most pertinent and valid questions are: Would Biden continue with the (currently orchestrated) Afghan peace process as is? Would President Biden, in his bid to withdraw responsibly, slow down the withdrawal of troops from Afghanistan? Would he be harder on the Taliban, insisting it then? And if the deal breaks down, what are the repercussions for Pakistan?And last not least, will the relationship then revert to the status quo ante of the Obama-Biden administration, a relative low point when the U.S. insisted Pakistan do more on counterterrorism?President Joe Biden’ newly appointed national security adviser, Jake Sullivan, spoke with his Afghan counterpart Hamdullah Mohib and “made clear the United States’ intention to review” the deal, said National Security Council spokeswoman Emily Horne late on Friday.

Former US President Donald Trump accelerated a timeline for troop withdrawal agreed with the Taliban in February last year, as the Biden administration comes in with 2,500 US soldiers on the ground in Afghanistan.Under last year’s historic deal, all US troops are due to leave Afghanistan by April, but the Pentagon recently hinted it could delay that if violence does not abate.“We are concerned because we feel violence can vitiate the climate,” Pakistani FM Shah Mahmoud Qureshi said, “Pakistan has done a lot, we have really bent backwards to create an environment to facilitate the peace process,” he said, while blaming “spoilers” for the violence, identifying them as internal Afghan players “who have benefited from the war economy” and alleging that “there are elements from outside who do not share our vision, which is a peaceful, stable, prosperous Afghanistan.”

Optimistically,Pakistan’s Ambassador to the United Nations Munir Akram has expressed the hope that United States, under the leadership of President Biden, would adopt a balanced approach towards India and Pakistan and help prevent an all-out confrontation that threatens the region. “We hope that, as in the past, the US would adopt a balanced approach towards both India and Pakistan, an approach that is equitable, that takes into account the national interests of not only India, but also Pakistan,” he said in a wide-ranging interview with Newsweek. “If that is the case, if there is a balanced policy from Washington towards the continent, I think Washington would find Pakistan a willing partner,” Ambassador Akram added.

Truly, a stable, prosperous, and secure Pakistan both politically and economically is considered vital to Washington’s interests. Pakistan has played an instrumental role in terminating terrorist Al-Qaeda network in Afghanistan. Pakistan’s strategic location is vital for geopolitical leverage and also remains significantfor regional peace, particularly in Afghanistan. There appears no doubt that the Taliban peace talk process owes a big role to be played by Pakistan. The Afghan peace stability including the ongoing Kashmir problem and Pakistan-India tensions; and the future of regional stability, all seem the core US concerns under the Biden administration.Admittedly, the top U.S. officials in both the democratic and Republican Governments have been praising Pakistan for its ongoing cooperation in the Taliban-peace talks.

Pakistan’sNational Security Advisor (NSA), Dr Moeed Yusuf said, ‘’for us the goal is very simple. We are available to facilitate peace in Afghanistan and ultimately, we don’t want any violence or terrorism in our region. But we can’t be in a situation where Pakistan is seen as the potential solution for all problems and when the solution doesn’t come then Pakistan is seen as the reason for all evils. That’s the old conversation that we have to get away from if we want a real relationship that’s a broader relationship where we really can benefit both sides.” 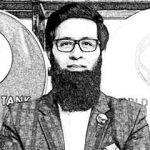