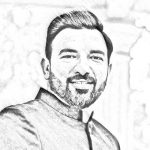 Social media has become an integral part of the lives of all age groups.Today, you go online and search for ‘video chat apps’ and you’ll find dozens of Applications. But, it’s only after you start using these apps, you find their dark side. Majority of the content involves young girls and women lip syncing popular Indian sound tracks while others take the route of comedy to lure viewers.

Considering Bigo Live for instance,if you were to install and open one of the top live streaming apps on Google Play Store “Bigo Live” the homepage would shock you. Featuring many streams that can be described as suggestive at best and pornographic at worst, it is not difficult to find mature and adult content on the platform. But here’s the problem it is marked safe for children, these apps seem to be very lax about setting an age restriction on who can access the content. On the Google Play Store,Bigo,TIKTOK, Vigo Video, Likee, Kitty Live and Nonolive are all rated for users aged 12 and above.PTA should order these Apps to clearly mention the age restrictions on their platforms, 17 years and above aged youth should only be allowed to interact on these apps.

However, there is another segment of viewers which dives towards the raunchier and more explicit side of content. As reported by a user, a broadcast showed a woman on a bed in a nightdress with around 2,080 people viewing the feed, sending across virtual gifts and making demands of a sexual nature. Another channel was quoted showing a woman wearing a white nightgown lip-syncing to a provocative Bollywood song.

Though the base app is free, users pay up to $90 to “recharge” in-app currency. Users can monetize their videos easily and this system proved to be the key to the apps success. For example, a user can exchange money for digital gifts and send them to his favorite broadcaster during the live-streaming of a video. The gifts, called “beans,” not only indicate the popularity of a streamer, but they can also be exchanged for real money. Monthly active users of the company’s apps surpassed 500 million globally in 2020.

Similarly,TikTok might be the latest social media platform to catch the attention of youth everywhere, but reports of sexual harassment, enticing extremism and racist content have raised questions about its safety.

TikTok has also faced occasional bans in places like India, Indonesia, Bangladesh and Pakistan over issues of public decency, as well as pressure in the United States and elsewhere over privacy and content given its base of young users.

This app is a video-sharing and creative platform that allows users to upload 60-second videos to a network of followers. Today it is the 7th most downloaded app of the decade and boasts more than 1.7 billion users. Most of the time, children are unaware of the content that they are exposed to. Since 41% of TikTok’s user base is under the age of 22 with most of that category under the age of 16 they are unaware of some of the social or historical contexts of the material they see.

According to TikTok’s own policy, users may not post “any material that is racist or discriminatory, including discrimination on the basis of someone’s race, religion, age, gender, disability, or sexuality.” However, this has been largely ignored and it appears that its terms of service policies were rushed out to quickly adapt to their sudden rise in user base.

In 2016, Pakistan’s parliament passed the Pakistan Electronic Crimes Act (PECA) to regulate, among other things, content on the internet, giving the PTA broad powers to block content considered to be against “the glory of Islam or the integrity, security or defence of Pakistan or public order, decency or morality”.

Rights groups said PTA had blocked more than 800,000 websites and platforms from being accessed within the country.

There are at least 11 rape cases reported in Pakistan every day with over 22,000 rape cases reported to police across the country in the last six years, according to official statistics. These apps play a viciously important role in the rise of rape and sexual harassment cases in our society. Our society is already going through the evils of extremism, this social media apps are adding salt to wound.

Pakistan has one of the most youthful populations in the world. More than half of the people are younger than 30 with 48.45% female gender. They face huge challenges. The labour market offers too few opportunities, so many will depend on informal livelihoods. It is pertinent to add here that the literacy rate of Pakistan is exceptionally low, which means a large chunk of youth, are as emotionally active as the literate ones, and seldom get their share of opportunities.

These apps are two faced, on one side they provide unlimited entertainment and craziness and on the other they are actually encouraging the inappropriate content, violence, abuse, harassment and also political propagandas, by making it accessible it on the app. This type of content is eventually harming the mental health of the youngsters and even expands the possibility of all sorts of crimes.

These Apps are cancerous to our fragile society which is already at war with its core values, these apps are encouraging nudity, sexually explicit content as content which should ideally be treated as (Adult) is shared freely across the world, seen by everyone without any age filter. There are also instances of under age children sharing their obscene content on these platforms. This is a issue much more important than what it is actually considered. Such apps could be used to spread all kinds of nuisance for eg. Blasphemous content, seditious content, content spreading religious violence and also political propaganda. From our viewpoint, it has been suggested that it is high time that these Apps realize the consequences of their actions and instead of finding cheap ways to gain popularity, should adopt self-regulation process such as Auto-Filter, Report as Abuse, and Report as inappropriate content, so that such content video, image etc. can be eliminated from the list.