Life beside the waste water streams 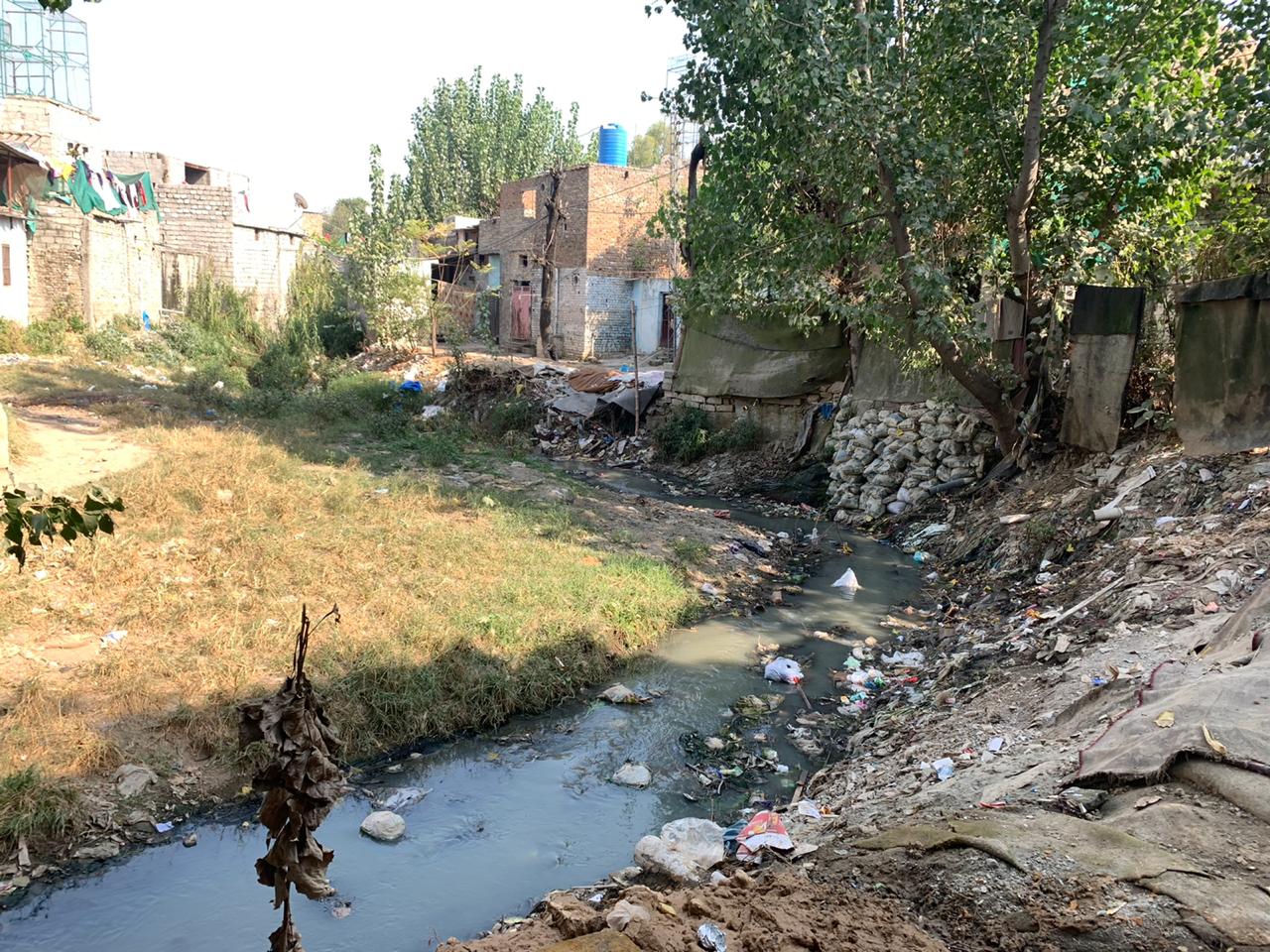 An issue that has met neglect for decades is the struggle of those living in slums, located along the wastewater streams. They face a plethora of problems, including but not limited to losing homes and possessions when the fury of monsoon rains hit. 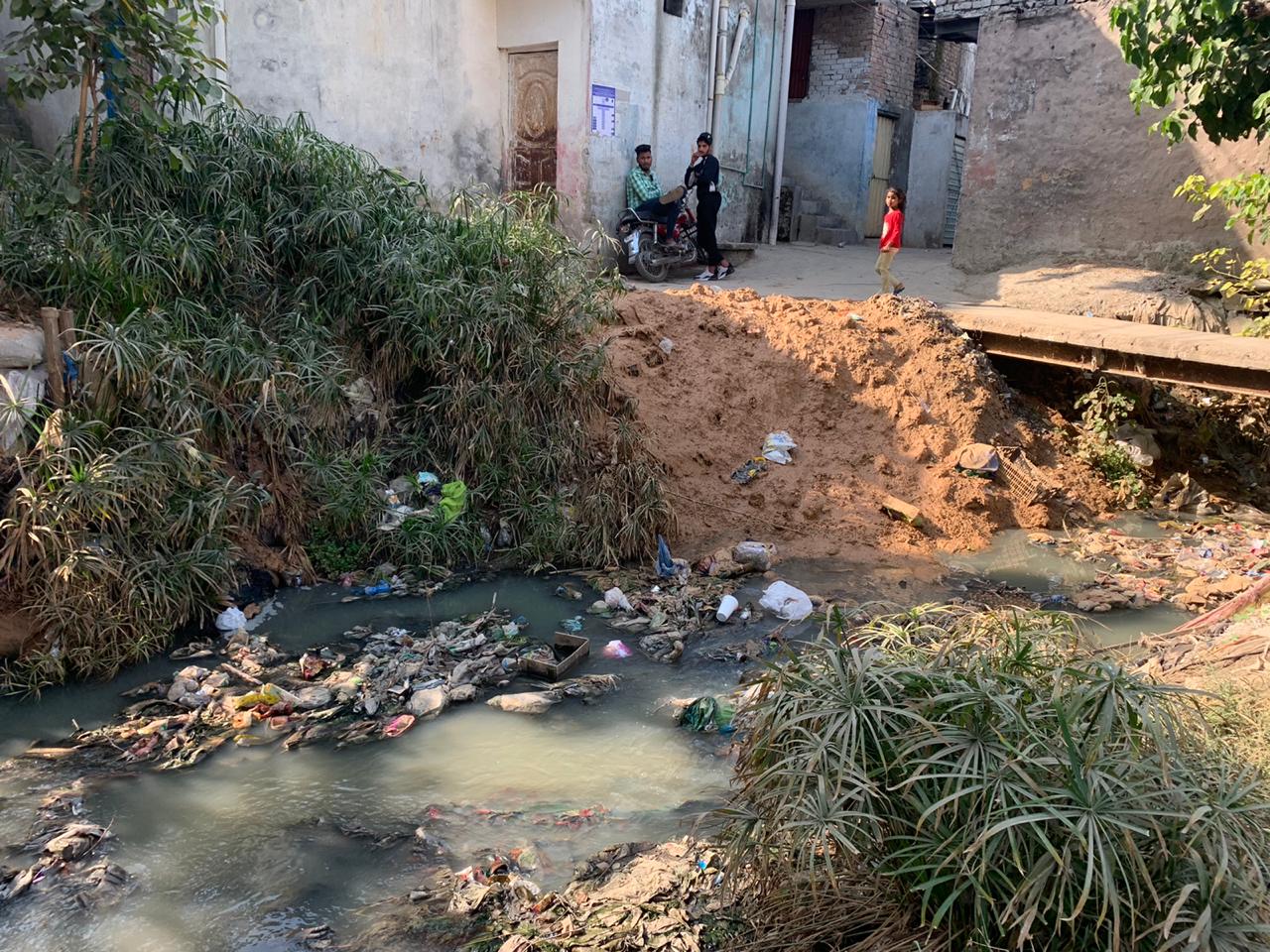 Islamabad hosts a population of 1 million (according to 2017 census) and almost 38 per cent of this number resides in the slums. There’s a total of 63 slums, referred to as underserved areas, in the federal capital, Islamabad.

Many of the issues and problems that should be addressed on an urgent basis are not even considered to even pay attention. This situation is faced by all mankind no matter affluent or deprived, but the issues of the deprived are to be taken into consideration as the person with the wealth or resources is strong enough to face the situation with fewer damages. This particular problem has lead to many others.

Slums sitting beside waste water streams are set up on sites that are sidelined from the sight of CAPITAL Development Authority (CDA) for as long as 40 years. Majority of the residents are those belonging to the labor class, classed as religious minorities. Although they live in the capital city but are treated as second-class citizens in Pakistan.

They lack access to clean potable drinking water, a decent accommodation and opportunities to grow as individuals. Their homes can be washed away unwarranted by the monsoon floods or seasonal rains. The ground these settlements stand on are as vulnerable as themselves.

A pastor’s story of loss

Pastor Ejaz Yousaf lives in 66 Quarters- Christian slum, and among the oldest in Islamabad. He combats the same issue every year after monsoons hit and heavy downpour occurs. His Church, by the name Paraclete Pentecostal Church Ministries, is built next to a wastewater stream locally called ‘Nala-15’. Many years ago he shared that he had to “face the damage to Church property; loss of carpet, seepage in walls, books, furniture, musical instruments and electricity wiring”.

It is the same story for us every year during the monsoon season, the pastor said with a sigh. One reason contributing to this architecture of life is the overpopulation. The locals began building their houses close to the Naala (water streams) even ended up covering them which resulted in a narrower space for water flow. And that damaged the houses in the vicinity as well the building of my church. After putting up with the same ordeal every year I requested some of the Church members for financial support to reconstruct the building. It helped recover from some of the damage and gave us hope for a functional church.

“On the other hand, I could not ask the government to support us as it concerns the slum settlement, which is not recognized by the government”. It goes without saying that no government official would be interested in taking up the issue, let alone move towards a solution. “However, a part of me is still hopeful that any of the non-governmental organizations or social activists would come forward and raise the issue that causes not only distress but also loss of property for us”, he commented.

Watched all my valuables washed away

Quite a similar situation was faced by another female resident of the same slum, and that too every year. Sapna Sajawal lamented about the damage to her possessions which carried an emotional value to them. “I have seen almost all of my new furniture ruined – including bed, mattress, side tables, chairs, crockery, sheets, as well as the clothes and other things my parents gave as wedding gifts”, recalled Sapna.

She further shared, “I got married in 2013 and moved in happily with my husband. We were satisfied despite the small house at the bank of a running water stream.” And then the calamity hit. The family faced the havoc created by monsoon rains for the first time. “The flooding of Naala (stream) left me empty-handed”, she stated while trying to come to terms with it.

“The financial condition of my husband is not such that he would be able to buy me stuff for our home”, says Sapna. They could not afford to get a house outside of the slum, as the rents were too high. On a happy note “we have enough money to reconstruct the existing house and try making it safe from the monsoon floods.” Any new purchase for the house is not without a shaown of doubt that it will be washed away in the approaching monsoon.As a family they urge the government to solve this issue so it brings them out of the plight.

Pastor Ejaz and Sapna Sajawal are among the many residents of the slums that are struggling against the odds brought by the flooding of waste water streams. There are many other families who fall in the same boat. Surviving poverty is one thing but witnessing your life grow worse due to the looming uncertainty is another. Unfortunately, there is no one who could step forward to support the intersectionality marginalized community; religious minority status coupled with poverty.

This blog has originally been produced by Ravadar – a blog series documenting the lives of religious minorities in Pakistan.