Writer provides examples to substantiate all his points 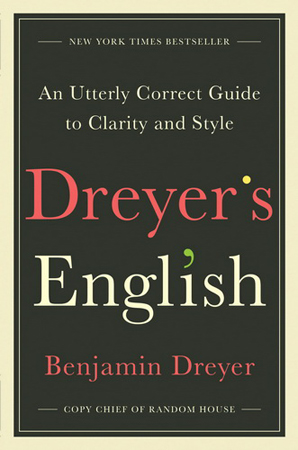 Every community retains its own way or knack of learning foreign things; be it a language or a technique, there simply is no one exhaustive rule that tellingly says, “Yes, this is the way to do it.”

Moreover, English in also brands its discrete style of re-purposing.

That said, those who aspire to appear in competitive examination are ‘told’ to be simple and concise but are not told how that and from where comes? It is my belief that for learning English the thing that has to be understood is that the journey of learning and writing should not finish once a purported goal is achieved rather one should cultivate a style that should be invariably intact inside you. For that you should be potent enough to claim: Yeah, that is it – there is my style, inside there.

Examination is a different phenomenon. For that you have to be toeing the line drawn along with certain criteria. You have to live up to the expectations of the examiner for appropriating a job slot. No need for much ado about nothing. Conversely, you have a life and whose reins are in your hands and there should be no hanging swords above your head to time and again throw diktats to you. I want to tell those people, who are in a fetish with this uncritical suggestion: be simple, write concisely, to please refrain from this as this balefully complicates a mind that is freshly trying to learn. They should instead suggest: Read as many books as you can. And should reasonably guarantee that this is the most reliable mode to be immaculate in writing. That said, it is the bluntest lie I’ve ever heard that by getting your writing published in a newspaper is the testimony that you are an established writer. That is a swindle. A dishonest idea.

So, I’ve concluded it is innocuous to be a sesquipedalian and yet able to step by step mould a ‘ writing’ that is not only simple but special and separate.

That’s what the most notorious German philosopher Nietzsche suggests; to go, first, through a hard process to acquire a certain goal. Nietzsche in his book thus Spoke Zarathustra through allegorical events expressly clears the point to how be something unique and accurate. He recommends three stages: first being a lion, second being a camel, and third an infant. This process provides you with the opportunity to excel and take the best out of you. When you are a lion you exceed and break; when a camel you tolerate and take enduring journeys, and lastly when you are an infant everything is fresh and spirited for you to be considered fruitfully. There is still more about this process in Nietzsche’s book; for that you have to read the book. But, as I’m about to develop this piece of writing on a book written by Benjamin Dreyer – Dreyer’s English: an utterly correct guide to clarity and style – so I’ll not dilly-dally and kick off on that.

Benjamin Dreyer is a copyeditor at Random house which is an American publishing house. He has written this book to share the common as well as rare mistakes in writings that have come across him while copy-editing. Here it is clear that not just non-native English writers commit all kinds of mistakes in their writings but native writers do commit alike. The book comprises two parts: part 1 is on grammar, Rules & non-rules and punctuations; part 2 is on words that a plethora of writer’s misuse and confuse by using them for one another. Mind you, this book is tremendously American and gravely prejudiced vis-à-vis English the people of British speak. It recommends you to write ‘Neighbour’ instead ‘Neighbour’ and ‘Harbour’ instead ‘ Harbour’ as well as adduce his point to be more favourable and up to mark.

Furthermore, the first chapter begins with a challenge. Go a week without writing very, rather, really, quite and in fact.

That means there should not be excessive usage of these intensifiers and throat clearers. He says if one succeeds in this challenge considerably would be a better writer by the end of the week. However, it does not mean you have to hook, line and sinker fall for it and delete these words but it tells you to be cautious and mindful when writing. Doing that will a bit suffice for peeling off these words and entertaining them wisely.

Moreover, next comes rules & no rules; such as never begin a sentence with an “And” or ” But.” He adds, if it tingles your imagination to get them on paper, then there is no restriction, all what people say, is their mere opinion. So you can begin a sentence with an “And” or a “But”. There are other which are presumed to be rules and are not be used but Dreyer has renounced them all incredulously. “Never split an infinitive.” is also presumed to be a rule but is not. You can split an infinitive as per Dreyer’s English. He renders an example from the original Star Trek TV series – ” To boldly go where no man has gone before.” “Never end a sentence with a preposition.” end it, he says, if it sounds correct.

There is a whole chapter on punctuations and is utterly important to be read through and through. How and where commas are to be used or avoided; the colons, the semicolons, the parenthesis, the brackets, all are mentioned in addition with examples. Most of the times while writing fiction, writers, he says, confound dialogues with narrations and misuse the quotation marks. For using them correctly one should know whether it is a dialogue or a narration or something emphatic. As punctuations spew spirit in writing, so they merit more time to be bestowed and learned well. This will help for getting them used impeccably. By cursorily reading them we risk using them erroneously. And that is highly odious. Nonetheless, no one can proclaim to have learned them ubiquitously but still one can instil a great amount of them inside to get them out markedly. A chapter namely, “a little grammar is dangerous,” says: Grammar is known by and large instinctively as whether this sentence sounds correct or wrong. But, as he further adds, one should also understand and follow rules well to do away with possible mistakes. Rules that are utterly proportionate and indispensable; such as, agreement of a verb with its subject, parallelism and eloquence in long sentences. He provides examples to substantiate his all points and let one apprehend each and every point with alacrity.

Down the same chapter, we happen upon an ameliorative thing, namely parallelism. It avers that there should be a parallelism – a syntactical alikeness – in your sentences, which means your sentence structure should be invariable in your sentence. The independent clause and the dependent clause should be balanced and commensurate. No need of variations in structuring your sentences. Follow the structure whence you have begun. Besides, this way of sentence making is captivating and good-looking. It is all about gerunds and infinitives: if you are entertaining gerunds then refrain from bringing in infinitives and vice versa.

Eg “I am not fond of playing dice, to read book or do indulge myself in arbitrary plays.” This might be grammatically correct but there are bumps in its framework and need to be recuperated. In lieu of this we can write it in this way:

“I’m not fond of playing dice, reading books or indulging myself in arbitrary plays.” This looks classier and sculpted. Ergo, it is better to maintain parallelism in your sentences.

Additionally, we, more than often not, misspell words and conflate them with, if it is a noun, to a verb and vice versa. For burnishing and polishing your writing, it is essential that you spell your words correctly. He emphasises on peeves and crotchets that cause whooping disturbance such as not using a vocabulary accordingly and entertaining it randomly. That will demonstrate that you are an obtuse and hold no satisfactory command over English. For grooming your writing with buntings of conciseness or making it terse as well as free of ambiguity than you have to reject redundancies entirely. Being aware of where to use what is what being concise and terse while getting dispensed with redundancies. It is redundant to say that HIV virus as HIV stands for human immunodeficiency virus.

The writer is a student, based in Turbat. He Tweets at @shahabakram6 and can be reached at [email protected]