The kamber police has claimed to have arrest a prize winning dacoit with a Kalashnikov ammunition while he was injured in encounter at the qubo by pass road. 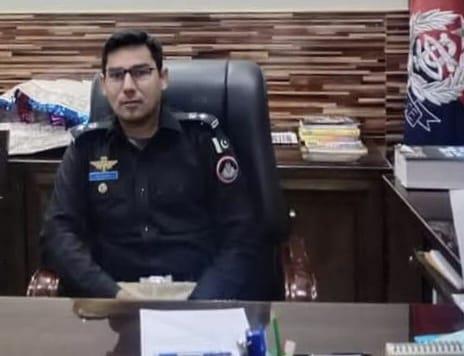 27 cases have been registered already in different police stations of district Qamber against him. SSP Dr. Sumair Noor channa has announced prizes and appreciation certificates for the team participating in the police competition .

According to details the police was on routine petrol when informed that gang of dacoits present at bandi wand qubo by pass road with crime intentions and the police reached there clashed between dacoits and police.

According to police the two more dacoits accomplices of the dacoit managed to escape police arrested the dacoits after getting him medical treatment from a local taluka hospital.

When contacted in this regard SSP Qamber Dr. Sumair Noor channa said that the arrested dacoit is resident of sartaj Chandio katcha area of ghaibi dero mountain and 27 cases of robbery, looting ,murder,killing and kidnapping have been registered already against him in different police stations of district qamber. He is in hiding and publicity while the Sindh government has set a price of 5 lacs for him.

Further he said that the search for his fugitive complices is on, mean while the the arrested dacoit has made important revelation during the preliminary investigation.

He commended the police team for participating in competition and recommended for reward for them along with certificate of appreciations and on the other hand against dacoit FIR registered in police station of district qamber.