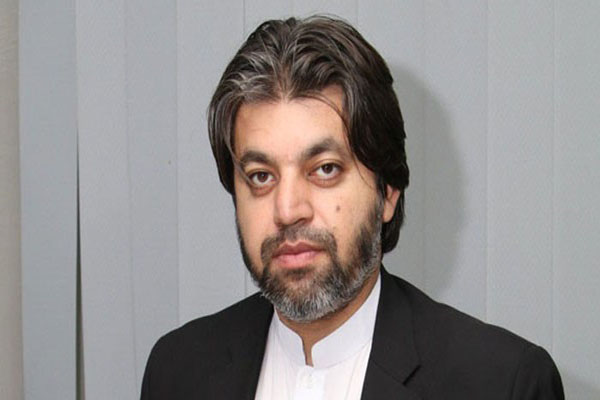 Minister of State for Parliamentary Affairs Ali Muhammad Khan on Friday said enemies of the country were trying to create a rift between sects and ethnicities.

Winding up discussion on a motion in the Senate the Minister of State said opposition’s remarks about crackdown on opposition’s workers are unfounded. He said public has rejected the opposition during their public gatherings across the country. He assured that the PTI government has no policy of crackdown on opposition and claimed that no one was arrested during PDM rallies. Leader of the House Senator Shehzad Waseem in his remarks said that allegations from the opposition were absurd and baseless. He said opposition was trying to blame government for their failures when they were in government. He also claimed that the PDM took last breath in Lahore Minrar-e-Pakistan. The Leader of the House said that people of the country have rejected opposition’s narrative. He said Prime Minister Imran Khan had predicted that all opposition parties will be united to protect their own vested interests.

Leader of the Opposition Raja Zafar Ul Haq said the government should accept criticism openly. He urged the government to stop criticizing opposition in every matter as it is totally against the democratic norms.

Meanwhile, Nusrat Shaheen of Balochistan Awami Party took oath as senator. Senate Chairman Sadiq Sanjrani administered the oath to her. Nusrat Shaheen was elected unopposed from the province against a vacant seat after the death of Senator Kalsoom Parveen due to COVID-19.

The House later resumed discussion on a motion moved by opposition members regarding government’s crackdown on opposition workers. Taking floor of the House, Senator Mohsin Aziz said that it was unfortunate that some of the parliamentarian consider themselves a sacred cow. The recent past PDM rallies proved that people totally rejected the politics of agitation. He said he presented himself before National Accountability Bureau for his alleged role in the lease of land in Malam Jabba, Swat. Speaking on the occasion, Senator Sassui Palijo criticized the government for allegedly targeting opposition for its political gains. She claimed that the time of talks with government now over.

Senator Usman Khan Kakar said that government is lodging fake FIRs against PDM workers in Karachi, Multan, Peshawar and others. He regretted that massive crackdown was in progress against PDM leaders. He also claimed that there was no civilian authority in the government.