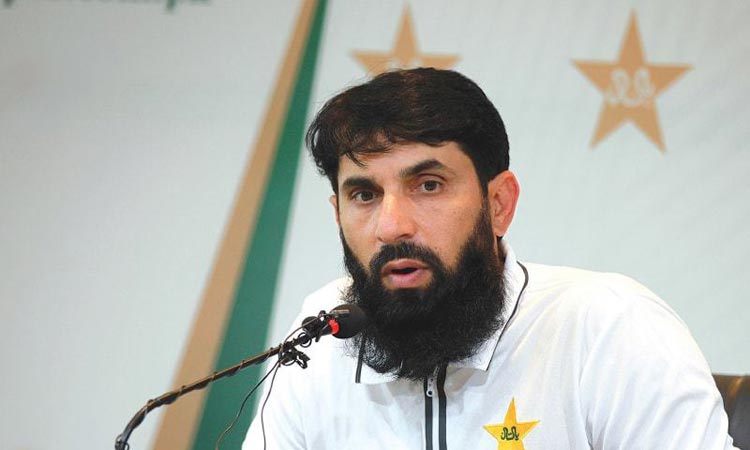 LAHORE: Pakistan head coach Misbahul Haq believes that the Men in Green deserve criticism for their poor showing against New Zealand in the recently-concluded Test series, which the hosts won 2-0. While speaking in the Pakistan Cricket Board’s (PCB) podcast on Thursday, Misbah said that his team performed below their potential in all three departments. “Criticism is justified. People criticise us because they believe in our ability and potential. Our team showed that potential in phases. We were down and out in the first Test, yet we fought back and brought it till the last five overs. We almost saved that Test from nowhere, which gave people expectations for the next Test. However, if your performance goes down from there, then the criticism is completely justified,” said Misbah.

The 46-year-old rued the missed chances in the field and believes that Pakistan need to quickly improve their catching. “We are disappointed because we were not able to captilise on the opportunities created. Our major issue and disappointment during this tour were the dropped chances, which ultimately affected the result of the series. We need to improve our fielding,” he said. Misbah added that the team management will analyse the mistakes made in the New Zealand series before finalising any changes for the upcoming home series against South Africa. “We have a home series coming up against South Africa, which will be good chance for us to restore our shattered confidence by playing good cricket. We will look at making changes according to the home conditions and the South African team. We may also consider top performers from the ongoing Quaid-e-Azam Trophy for the South African series,” he concluded.