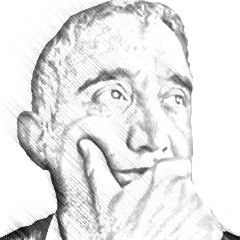 Avoiding waste management disaster in Lahore and beyond

As long as human activities continue, the waste production would be unavoidable. Waste management is a lengthy marathon rather than a brief sprinter race. If waste produced on a certain day is not managed well, the next day problem would be double fold, only to increase exponentially in case of negligence.

What happened in Lahore on early morning hours of 21 December 2020 when Lahore Waste Management Company (LWMC) took over the facilities and vehicles of its international private contractors was a mere effort to win the sprinter race. The machinery that the private contractors were using was 7 years of age or older and required a thorough overhaul before to be used further. Whatever LWMC did could be right or wrong according to them but there cannot be any two opinions that it was done badly and very badly. The only thing achieved was ‘effectively blocking’ the way of any good international level outsourcing in the sector.

During 2012-2020 era the international contractors improved level of cleanliness in the city of Lahore and LWMC took credit of success at all possible forums. During all these years the most important hurdle faced by private contractors was to make the workers work. These workers were transferred from City District Government Lahore (CDGL) to LWMC and from there to private contractors. They were working for private contractors, salaried by LWMC but were employees of CDGL. Getting the efficient work was so difficult that private contractors hired their extra labour force to get work done effectively. Now after taking over the operations LWMC intends to use the very same human resources to achieve what private sector was struggling with.

Secondly, the vehicles used by private contractors are now termed as ‘end of life vehicles’ and in developed countries there is a specialized law dealing with their safe disposal. These aged vehicles consume more fuel, have very frequent breakdowns and need spare parts change on weekly basis. Under these conditions how a government owned company following PPRA rules would manage the fleet would be a difficult question to answer correctly.

In case of waste management, first of all we need a provincial level simple and small structure with staff of no more than 10 expert persons of the sector to plan, monitor, implement, mitigate and improve the sector

Similarly, LWMC may face disastrous conditions once rains start pouring in on its dumping site at Lakhudeir.  The site that has already expired its operational life and mismanaged for most of time and where a proper sanitary landfill worth a billion rupees is also dumped would be a real challenge.

Any disaster in waste management sector for Lahore and in whole country can be avoided if we try to understand and implement what the successful nations have done to date. First and most importantly its really unfortunate to see how the discipline of waste management is abused by so called people in the sector and officials. It must be noted strongly that we should stop calling our wild dumps as ‘landfills’. Landfills are sanitary engineered disposal sites of which now none is operational in country. It requires planning, carefully prepared design, well-managed construction and proper operations to be followed by closure and rehabilitation. One such landfill in the country was built by spending billions which is buried deep under waste dump at Lakhudeir. Similarly, in all correspondence the same people have garbaged the concept of ‘zero waste’. Zero waste concept became well known in late 1990s especially in New Zealand where all streams of waste were collected separately and then recovered as raw material for further use even bricks were made to be used in construction. Our ‘experts’ boast in all meetings and press releases that they’ll make city zero waste in zero time, what a pity that simple ‘waste picking and relocation’ is considered in par with the zero waste concept. As doctors cannot call a neck as a toe, similarly waste management sector people should also be careful, by naming things better, situation won’t become better by itself. Let’s stop deceiving ourselves by using such fancy terms claiming that we perceive these like this, world would only laugh at our intelligence.

Way forward is simple; though we hate simple solutions and always make things complex so that no one understands, no one can implement and no one could be declared responsible. In case of waste management, first of all we need a provincial level simple and small structure with staff of no more than 10 expert persons of the sector to plan, monitor, implement, mitigate and improve the sector. A provincial if not national level strategy for next 30 years is required that may not be few thousand pages long but a dozen pages could be more than enough. Based on this strategy, regional master plans for waste management can be prepared which are then supported by set of activities. All this require knowledge of the sector as well as understanding of the situation on grounds including resources and constraints. It is also important not to have the diffusion of responsibility by declaring all who could be, as responsible for waste management. Dedicated department/authority/companies to work independently and should bearthe responsibility.

In case of Lahore, after the unfortunate way things unfolded in last ten days of the year, time is too short to act. There is a dire need to realistically assess shortcomings and options available. In short or medium term, there is no other feasible option than relying heavily on all available service providers. In long term i.e., a year from today it would need to become a robust management company not service provider. Service provision under public structure has its limitation and waste management sector needs a careful combination of public and private sectors. This is exactly what the author has learned from his key roles played around the globe in the waste management sector during last two decades.

Mr. Azhar Ali is working as a senior specialist at the Urban Unit Lahore. He has studied and worked in fields of Engineering, Public Health, Ecology, Disaster Management, Change Management and Energy Management. He is especially interested in circular economy and climate change subject.