The last day of @SalmaanTaseer 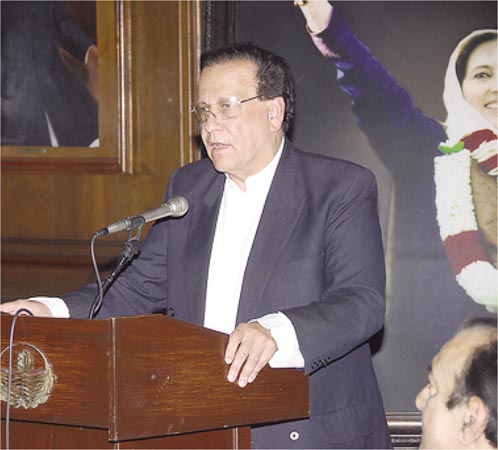 The twitter account of him helped me write his name correctly, otherwise before that I would write him Salman Taseer instead of Salmaan Taseer. The account of Shaheed Salmaan Taseer remained one of my favourite hangouts since the day he created it in October 2009. Though the last post on the account landed on Jan 4, 2011, of course, not tweeted by himself, comments – both positive and toxic – keep on adding life to the account.  A walk into the twitter timeline of Shaheed Salmaan Taseer makes one realized how learned, forwarded looking and insightful man he was, that Pakistan lost to hate and religious terrorisms. The twitter handle is @SalmaanTaseer with ‘Governor of the Punjab, Pakistan’ as a brief bio line. For this piece, I am going through the twitter account of Shaheed Salman Taseer and discuss what he tweeted on January 4, 2011, the last day of the voice of helpless minorities and liberal segments.

The last tweet posted on January 4, 2011 reads: “R.I.P. Lion of the Punjab SalmaanTaseer (31 May 1944-04 Jan 2011)…Innalillahewainnailaihirajiun”. It is obvious someone else wrote the tragic lines on the feed. The last tweet by him, perhaps hours before the killer targeted him in a cowardice manner, was “PrezdntZardaris total support of PM has once again silenced rumours of split in PPP top leadership. Govt is here till 2013”. Those were the times when Twitter allowed only 120 characters. Then, media’s anti-PPP government campaign was on its peak. Anchors would conclude their programmes with the prediction that this was their last programme in the incumbent government times. Time tells that the Shaheed’s words stood the ground as President Zardari’s government became the first one in Pakistani history to complete its tenure.  The second last tweet of his life also aims at media’s maligning of the government. On January 4, 2011, SalmaanTaseer tweeted: “Plz read the full page Ad on RekoDiq 2 realize how damaging poisonous ShaheenSehbai and Jang Group propaganda r 2 interests of Pakistan”. This happened when the court of Iftikhar Chaudhry would insult the government machinery every day on the RekoDiq deal, made back in the early 90s by the then government and the consortium of foreign companies.  The Shaheed tried to get the media realize that how blind and ignorant their campaign was and what would be its international consequences for Pakistan. Today, RekoDiq has won a damage suit of $6 billion against Pakistan. The government is trying hard to reach an out-of-court settlement with the company, while the retired justice is basking the sun in retirement. The media conveniently looks the other way.

On the last day of his life, SalmaanTaseer tweeted only to address the Pakistan’s destiny in the future. He was visiting Islamabad on the fateful day, when the he was ambushed and martyred. Perhaps, while traveling in the car, he tweeted: “Apple is worth more than $300bn. In other words, much much more than 180 mn Pakistanis. Something our politicians shud think about”.  He did know the importance of technology and science education. During his business career, SalmaanTaseer launched the finest telecom and Internet services. In his most of the political and electoral life, he remained in the opposition. When he was made the governor of the Punjab, SalmaanTaseer brought about qualitative reforms to the higher education sector being the chancellor of universities. He made visits to the BahauddinZakariya University, Multan, to discuss and open science study and research centres.  The tragedy with the Shaheed was that he was invited to the TV talk shows only to discuss blasphemy, politics and corruption scandals. He was never given an opportunity to explain his higher education reforms. Till day, education is least on the media’s discussion topic list. In 2011, SalmaanTaseer found Apple’s worth at $300 billion. In 2015, @alikhanGMTT tweeted to the Shaheed’s post that “since then Apple worth now over 600 Billion soon to hit Trillion. Power of technology versus ignorance.” As Apple’s worth is growing, the same way ignorance is growing manifold in Pakistan.

The first tweet of the last day of his life became a signature slogan in the memory of Shaheed SalmaanTaseer. Being the son of a celebrated poet, MD Taseer, he would often wear poetic armours in his discussions and tweets. He tweets: “MeraazmitnabulundhaeParaesholon se darnahin. Mujhedarhaetuatish e gul se hae Ye kahinchamankojalanadein”.

Since January 4, 2011 to January 4, 2020, I have been Shaheed SalmaanTaseer’s twitter timeline several times and every time, I got inspired by his words, his vision and his dream for Pakistan. The martyred politician’s tweets serve lessons and guidelines for the people of Pakistan – only for those who care for the country and its people.