A true martyr to democracy 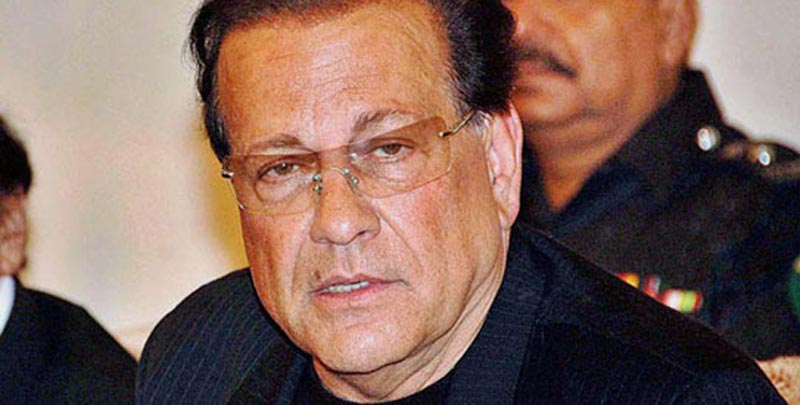 Salman Taseer didn’t really have to stick his neck out for the rights of someone else. He was in fact the last man in the country with any sort of need to play politics, so to speak, to gain any prominence. And nothing forced him to get out of his comfort zone, visit wronged and persecuted minorities in the pits of the dark cells our government likes to call jails, and take a very visible and courageous stand on one of the most contentious issues that plague our society as well as the justice system. It is contentious because everybody is afraid to speak out against injustices where a handful of extremists can very easily give the debate a religious colour, then pass verdicts, and then even go so far as physically killing whoever dared to take a stand.

Salman Taseer had worked hard enough, and continued to innovate well enough, to ensure a very comfortable life for himself and his family. And he knew better than most people the risks involved in taking the kind of public positions that he did. Yet he clearly very firmly believed that the only way to bring about real change in the lives of people was through politics. He already did more than one man’s share of philanthropy, paid more taxes than just about anybody in the whole country, and tried to help people directly when his donations could make a small difference, yet over the years he had grown to understand the limitations of personal effort. It was only through government, which meant the political process, that the fate of the country could be changed for the better. And it was in crying need of just such a change.

As he made a greater mark on industry with his expanding businesses and came into closer contact with a much wider section of entrepreneurs, more and more people cautioned him against putting himself and everything he had built in harm’s way by sympathising with people like Aasia Bibi and commenting on the unfair implementation of the country’s controversial blasphemy laws. Why not just stick to growing your businesses, help the government by paying more taxes, and keep living the good life with a lot of money and nice foreign vacations with the family?

Yet Taseer took the brave stand that he did because in his opinion it was more important for people like him than others to speak out openly against injustice and protect the weak and wronged people of the country. It says so much about the kind of country we have become that his own bodyguard gunned him down so cruelly in an incident that has been debated so much that it does not even deserve any more mention.

Time, however, proved all those that celebrated his assassination wrong and all the years that Aasia Bibi kept suffering in jail Taseer’s blood kept watering the plant of human and democratic rights and one day the country’s own court of law hanged the assassin and set Aasia free.

It’s a crying shame that the government is not marking his 10th death anniversary as an occasion to start a desperately needed national dialogue on human, religious, democratic and minority rights. A country that was founded in the name of the glorious religion of Islam cannot afford to just sit around and watch that sacred scripture misused by a bunch of extremists to the point that anybody can get up, chant their slogans, and simply kill at their pleasure.

Of these two opposing forces that have often locked horns in this Islamic republic, it was Salman Taseer and others like him who stood firm to the point of sacrificing their lives for no bigger purpose than lending their voice to the cause of the oppressed.

We, as a country, are guilty of the grave sins of never recognising the true spirit of people like Taseer when they were alive and never appreciating the essence of their sacrifices even when they were gone. This government can at least begin to change this ugly trend. Hopefully it will have the courage and grace to do the right thing despite all its pressing political considerations.

Everybody likes to talk about the benefits of democracy and their commitment to it. But few have so far been willing to celebrate the real heroes of our democratic struggle. And the day we wake up to such subtle necessities, everybody will acknowledge Salman Taseer as a true martyr to democracy.