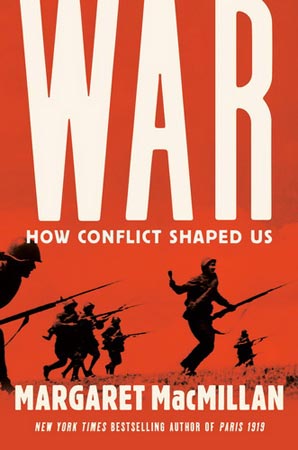 As the year 2020 draws to an end, we look at some of the memorable and popular books written and published during this year.

While some authors presented a world of fiction through their imagination, others highlighted opinion and insights through non-fiction narratives. Barack Obama’s

(Crown: Non-fiction) traces how Obama’s earliest aspirations to enter into politics led him to hold the most powerful position in the USA and the world. According to the Guardian, “A Promised Land delivers amply on the basic expectations of political autobiographies, providing a granular view from the driving seat of power. It describes, for example, the effort involved in fighting off jet lag while maintaining an air of interest in the speeches of other leaders at international summits, while surreptitiously using the occasion to get paperwork done.”

“The Ministry for the Future”

by Kim Stanley Robinson (Orbit Books: Science Fiction) takes the readers into the future. Robinson explores the consequences extreme climate change has on humans. This story is more of a blend between a documentary and fiction. Robinson combines rational thoughts with a brilliantly penned prose that gives a clear perspective into the future. The opening chapter, however, is too gripping as millions lose their lives to an unexpected heat wave. In the end, all seems too relatable with our current situation of climate and weather conditions.

Paul McAuley, in his book,

“War of the Maps”

(Gollancz: Science Fiction), shows a distant era where cosmic mega structures reveal the life of the godlike builders who conceived such a construction. Now that such builders are not present anymore, a varying population is living. Among them, an officer is after a criminal. The maps, as mentioned in the title, also refer to the gene liens of the inhabitants. How is this possible? Reading the novel will reveal the truth. McAuley’s powerful prose is gripping from the first chapter. He blends science fiction with an imaginary world that is too large to fathom. The book is a delight to read by science fiction enthusiasts.

“Shakespeare in a Divided America”

by James Shapiro (Penguin: Non-fiction) looks at eight socio-political groundbreaking moments in America’s history in the light of Shakespeare’s plays. Shapiro’s writing style enables those readers who are not historians or Shakespearean scholars to understand the book’s content. It is indeed a well-researched book with relevant facts and contextual similarities as mentioned in Shakespeare’s plays. 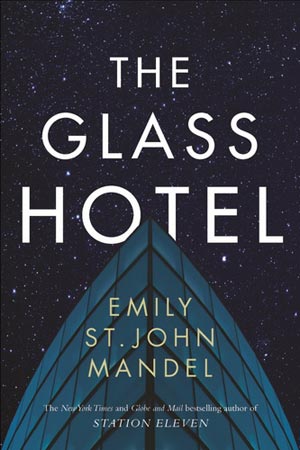 “The Glass Hotel: A novel”

by Emily St. John Mandel (Knopf: Fiction) takes a gripping take on a story where characters are interlinked. The story is about Paul, a loner character. Years later, he works at a hotel owned by Jonathan Alkaitis. However, Alkaitis’ involvement in a Ponzi scheme leads to a series of activities that also concerns Paul. What happens next involves the lives of the characters that change dramatically.

“War: How Conflict Shaped Us.”

It is written from the perspective of a storyteller who shares bits and pieces from history. Such a narrative highlights what could be the future when it comes to wars and conflicts. According to the Washington Post “Her new book,

War: How Conflict Shaped Us

, portrays our capacity for conflict as neither divine nor demonic, but rather something intrinsic to humanity. ‘In understanding war,’ she writes, ‘we understand something about being human.” Furthermore, MacMillan has merged the human’s evolution with their ability to carry out war and conflicts under the same heading. She has touched upon such ideas that the military had brought to fore the Internet and AI, which is now leading the warfare in controlling communication, weapons, and invasions.