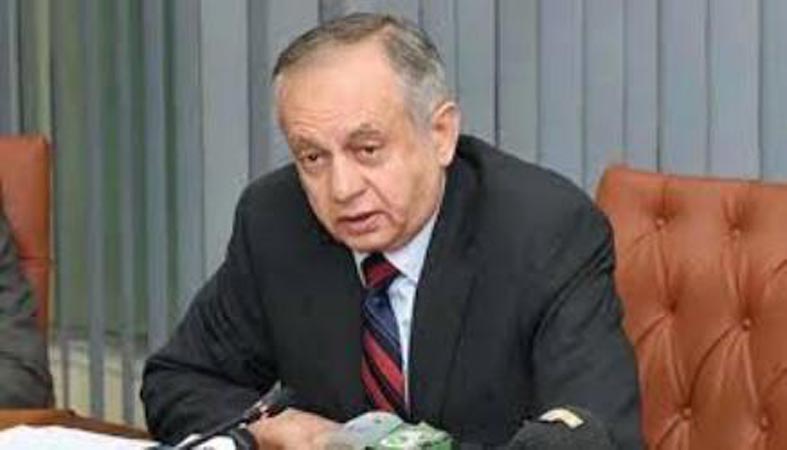 Adviser to Prime Minister on Commerce and Investment Abdul Razak Dawood on Sunday said Pakistan’s trade with African countries touched US $ 4.18 billion in 2019-20, which was increased by seven percent as compared to the previous year (2018-19).

As a result of Pakistan’s new engagement with African countries through “Look Africa Campaign” started by government of Pakistan, despite Covid-19 pandemic, exports to Africa increased by seven percent in 2019-20 from US $ 1.38 billion in 2018-19 to US $ 1.48 billion in 2019-20, the Advisor told APP.

Replying to a query on the surge in trade with African countries, he said Pakistan’s trade with Africa remained stagnant at US $ 3 billion per year for last few years but because of government’s trade policies with Africa, now multilateral trade with African region crossed the mark of US $ 4 billion. He added that main reason of the low trade volume was low level of engagement of Pakistan with Africa. Razak Dawood said traditionally, rice has been our top export to Kenya and other African countries. However, “we are planning to enhance exports of Pharmaceuticals, Surgical goods and Light Engineering and Electronic products including Tractors and Agricultural implements, two and three wheelers, Commercial and Domestic Fans, Water pumps and Electrical Machinery and equipment etc”.

He said there was a lot of potential of these products to connect with the untapped African Market. Replying to a question, he said under the “Look Africa Policy” of Ministry of Commerce, “We are taking different initiatives including six new Commercial Sections have been opened in Algeria, Egypt, Ethiopia, Senegal, Sudan and Tanzania, in addition to four existing Commercial Sections in Kenya, Morocco, Nigeria and South Africa, to cover top ten economies of Africa”.

He informed that ‘Look Africa Trade Forums’ have been organized in all major cities of Pakistan to create awareness among business community of Pakistan about potential of African markets.

He added that establishment of bilateral linkages with major African countries was underway.

Razak Dawood said Joint Working Group with Egypt and Joint Trade Committee with Kenya have been established while Memorandum of Understanding (MoUs) has been shared with multiple African countries. He said that the government also prioritized to increase more participation in Trade exhibitions in Africa in future to enhance the economic and trade integration with these countries. He informed that for the first time, Pakistan was expected to participate in International Khartoum Fair in January 2021.

President of Kenya inaugurated the Conference; in which 246 African delegates from 26 African countries participated.

The advisor said 115 delegates including 85 companies from Pakistan also participated in the Conference and1883 B2B meetings were held during the Conference between Pakistani and African business people. While question on the Pakistan plan to utilize the potential markets of Kenya and Tanzania, he said exports to Kenya increased from US $ 265.1 million in 2018-19 to US $ 289.3 million in 2019-20, recording an increase of nine percent despite Covid-19 pandemic. He said our decision to organize Look Africa Trade Development Conference in Kenya and the inauguration of the Conference by the president of Kenya signifies the strength of bilateral trade relations between the two countries.

He informed that Pakistan total trade with Tanzania has reached US $ 194.58 million in 2019-20, as compared to US $ 136.52 million in 2018-19, which made Tanzania an important trade partner. Ministry of Commerce has recently opened a new Trade and Investment in Dar-es-Salaam, which was expected to be operational soon, he said. Razak Dawood said a month ago in November, a four-member business delegation from Tanzania visited Pakistan after decades.