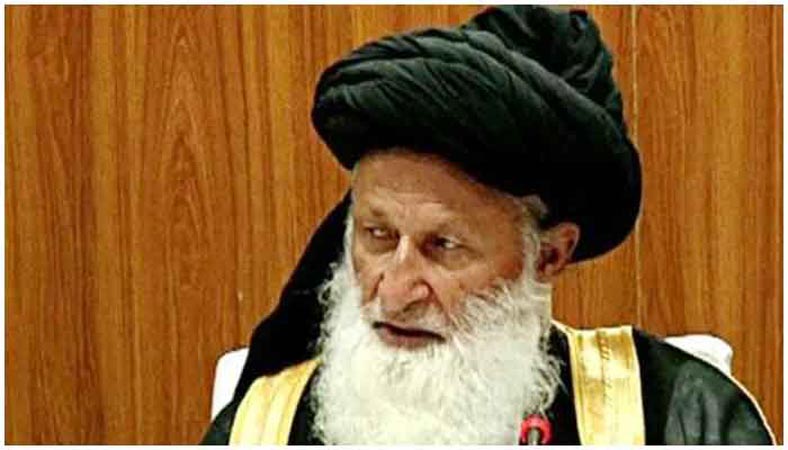 Following a meeting of the JUI-F in Lahore, Maulana Sherani, Hafiz Hussain Ahmed, Maulana Gul Naseeb Khan and Maulana Shuja-ul-Mulk were expelled from the party. The party’s working committee unanimously decided on the recommendations of the disciplinary committee. It was decided that if any leader apologises and explains his point of view in future, the committee has the power to decide the future course of action.

The development comes after Maulana Sherani said last week that the Pakistan Democratic Movement (PDM) has been set up for ‘personal gains’, adding that Maulana Fazlur Rehman is himself ‘selected’. Shedding light on PDM’s plan to topple Prime Minister Imran Khan’s government, Sherani had said that the 11-party alliance would not be able to do that. “I had predicted it a long time ago that Imran Khan’s government will complete its five-year term,” Sherani had said. “He will stay in power for the next five years too.”

Taking a jibe at PDM chief Maulana Fazlur Rehman, Sherani had said that Fazlur Rehman was himself ‘selected’, therefore, he has no right to say that Prime Minister Imran Khan was selected to become the premier instead of being elected. He had said that the JUI is not anyone’s ‘hereditary party or personal property’, adding that those who believe that are delusional. “I will set up JUI’s offices across Balochistan in consultation with my colleagues,” he had announced.

Speaking about JUI-F former spokesperson Hafiz Hussain Ahmed, who was removed from his position by the party last month over his statement critical of former prime minister Nawaz Sharif, Sherani had said that Ahmed “is an old and wise companion.”

Meanwhile, recently expelled JUI-F leader Shuja ul Mulk on Friday said that Maulana Fazlur Rehman has been trapped in a close alley and that he should appear before National Accountability Bureau (NAB) if he has not committed any wrongdoing. He blamed that Maulana Fazlur Rehman was only worried about himself rather than the nation. “He is only doing this to evade NAB summons,” the JUI-F leader said, while terming threats being hurled from JUI-F leaders to stage a protest before institutions as a childish attempt.

Shuja ul Mulk blamed that Fazlur Rehman has made the entire party hostage to hide his corruption and they were expelled from the party without seeking any explanation after they raised their voices against the wrong policies. “We are not alone as activists from parts of the country are also with us,” he said, adding that he was part of the JUI-F Shura (top consultative body) but was not invited to the last meeting.

The expelled leader said that the JUI-F has nothing to do with the narrative of PML-N. “The PDM is not on one page and is not able to overturn this government,” Shuja ul Mulk said, adding that none of the parties in the PDM has democracy within their ranks.

An important session of the alliance of opposition parties, Pakistan Democratic Movement (PDM), has been summoned in Lahore on January 2, a private TV channel reported on Friday.

Former president Asif Ali Zardari and former prime minister Nawaz Sharif will participate in the PDM meeting through video link. The session will also be attended by Pakistan Muslim League Nawaz (PML-N) vice-president Maryam Nawaz, Mahmood Khan Achakzai, Akhtar Mengal, Owais Noorani, Aftab Sherpao and others, whereas, Pakistan People’s Party (PPP) chairman Bilawal Bhutto-Zardari will join the meeting via video link. The session has been summoned to finalise the next strategy of the opposition alliance to take forward the anti-government movement.