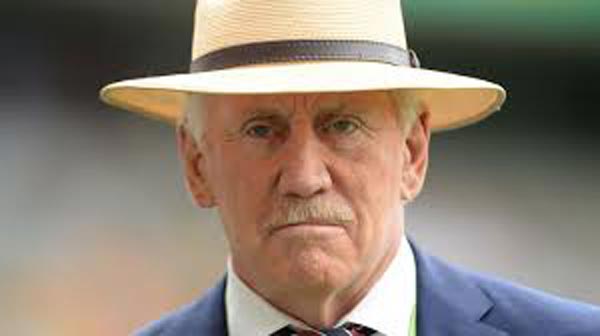 A Test match, especially one played between two skilful and evenly matched teams like Australia and India, is appropriately named. Each game is a searching test of the players’ skill, cricket intelligence and courage. In the first Test, at the Adelaide Oval, it also became a test of everyone’s patience while Cheteshwar Pujara was in a state of glacial progress at the crease. In the lead-up to the Adelaide match, the players’ courage was in the spotlight. The rash of concussion subs resulting from blows to the head is on the rise and it’s looming as a major headache for cricket.

Replacing a concussed player is not such a perplexing problem during the pandemic because teams are carrying extended squads. However, in normal times, the touring party will be severely disadvantaged if they only have 15 players for a series while the home side can choose from a wider range of replacements. It may be that, when (if) things return to normal, each team has to nominate a batting and a fast- and spin-bowling replacement before each match in case a concussion sub is required. That then raises the matter of like-for-like replacements.

This concept has already caused an international dispute when India allrounder Ravindra Jadeja was concussed while batting during the first T20I and was replaced by leg-spinner Yuzvendra Chahal. The heat rose in this argument when Chahal claimed three wickets and the player-of-the-match award in India’s narrow victory.

Complaining about a player not being a like-for-like replacement seems pointless; it’s always going to be difficult to please all parties. It’s akin to driving in Sydney and letting a car into your lane because you know in five minutes’ time you’ll require the same courtesy from another commuter. However, just addressing the concussion-sub issue doesn’t get to the heart of the matter – it’s the rising number of batsmen hit on the head that then leads to the need for a replacement player. Following the tragic death of Phil Hughes, Cricket Australia conducted a safety review. Incredibly, this process didn’t include a look at technique, which is the most important aspect in ensuring fewer batsmen receive blows to the head.

The time is ripe for a worldwide review into on-field safety, including batsmen, bowlers and umpires, with batting technique a top priority. In conducting this review it would be appropriate to strengthen any law regarding the protection of tailenders in facing short-pitched bowling. Any talk of completely banning the bouncer should be dismissed as quickly as bowlers removed New Zealand batting bunny Chris Martin. There were rumblings in the ‘80s about banning the bouncer, when the West Indies were dominating. This wouldn’t have slowed the West Indies’ superiority, but it would have resulted in regular batting exhibitions that were boring to watch and commentate on. Such a change would also create problems for umpires in adjudicating on a no-bouncer law.

Often batsmen duck into a short ball and get hit. Many times a ball only bounces between waist and chest height but still hits a batsman in the head because he has taken his eye off the ball and ducked. Will Pucovski’s latest concussion is a case in point. Banning the bouncer would place even more responsibility on the already overburdened umpires. In reality, if a top-order batsman gets hit, he’s to blame, not the bowler. A fast bowler is attempting to disrupt the batsman’s footwork and his thinking; he’s not deliberately trying to cause an injury. That being said, with concussion replacements now mandatory, there could be the temptation to bombard the opposition’s best batsman in the hope of having him replaced by a lesser player. In this case umpires would need to remind the bowlers their job is to dismiss batsmen, not dismember them. The thing to remember in any discussion on bouncers is the cricketers’ adage: if you don’t want to get hurt, then don’t walk through the gate.