Single mothers in US struggle with poverty amid the coronavirus pandemic 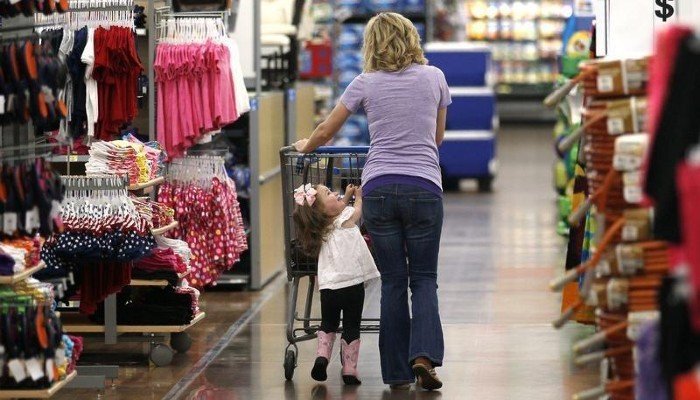 WASHINGTON: The outbreak of the coronavirus pandemic has adversely affected everyone across the globe. But some groups have been more vulnerable than others.

The pandemic has been particularly hard on women who work in the service sector, which has been crippled by the economic crisis.

And more than 12 million Americans who are unemployed or without income face losing their benefits the day after Christmas, when the aid package passed by Congress in the spring expires — barring a deal in high-stakes talks this weekend.

Aleida Ramirez, who used to work as a waitress in a California restaurant, lost her job when the pandemic broke out. Like her, many other single mothers lost their jobs and were pushed into a vicious cycle of poverty, unpaid bills, and reliance on food banks.

Ramirez had to quit her second job as a delivery driver for food service Instacart in order to take care of her 11-year-old daughter and her 21-year-old autistic nephew when her husband was arrested in July for domestic violence.

Since October, she has not paid rent on her apartment in a housing complex in Concord, northeast of San Francisco.

To support her household, she received meal tickets from her daughter´s school, as well as vouchers from a local church that she can redeem at a corner store.

In order to pay for internet service — an essential tool for her daughter´s remote classes –, Ramirez counts on her nephew´s salary from a part-time job at McDonald´s. She also regularly skips meals.

Ramirez said she felt “guilty” for her situation: “I felt that I was being like a bad mom, I was irresponsible.”

But then she realized she wasn´t alone. Ramirez got together with neighbours and they organised to negotiate with landlords.

“This is all of us in the same boat, many of us single moms,” she said.

On the other side of the country, in Washington, Maria Lara is worried she will soon be evicted from her shabby apartment after falling far behind on her rent. A nationwide moratorium on evictions is set to end after Christmas.

Lara, who is Salvadoran and has a young daughter, worked as a hotel housekeeper before the pandemic. She found work as a labourer on construction sites but only works “two, three days, sometimes four, every two weeks.”

Her building, meantime, is infested with mice that get stuck in sticky traps.

“We live with (the mice) because when we tell the owner that it smells bad, that there are animals, they say they will come to fumigate — they say they came, but they don´t come,” said Lara.

Further north, in New York, Marisol Gonzales lost her job in the spring when the pandemic struck Corona — the neighbourhood in the city´s Queens borough where she lived — and then her apartment, which cost her $2,200 per month, in October.

The 47-year-old massage therapist from El Salvador found a room in a shared apartment; she lives there with her 20-year-old daughter. Small jobs allow her to pay for the room ($850), the electric bills and her subway card. She goes once a month to a food bank.

But for the past month, she has faced an even heavier toll from the pandemic: her daughter was hospitalized for depression. A student, she couldn´t stand the confinement and gradually withdrew into herself until she stopped her studies.

“I pray to God that she will recover soon so that she can return home,” said Gonzales.