The contribution of fairytales to the reinforcement of gender roles

* A gender ideal is ‘the cluster of characteristics, behaviour patterns and values that members of a group thin k a man or a woman should have, a set of cultural expectations’ 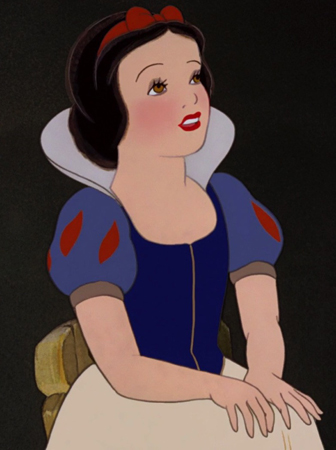 The concept of fairy tales has existed throughout history and they are stories that have been told through generations, encompassing both time and space.

Even when they evolve, the basic idea remains the same. They are supposed to teach a lesson to the children they are read to. A couple of these lessons could be not trusting strangers or to be kind to others.

Most fairytales portray the female lead as a beautiful, kind and compassionate woman who is naïve and she is then thrust into a situation where she has some sort of burden or conflict to face, all while remaining oblivious and naïve when it comes to real world. She waits for someone else to “save” her, in most cases the handsome prince. This woman is shown to be downright foolish at times and is expected to remain calm while the prince comes and relieves her of her burden or saves her, after which she gets her happy ending- usually a wedding.

In most fairytales, the villain is also a woman and she is shown to be ambitious and cunning, willing to go to any lengths to achieve what she wants. This woman is also shown to be jealous and malicious, thus reinforcing the fact that in order to be good, a woman has to be complacent. If she is not docile and wants to achieve her own goals, she must be jealous and full of malice.

The stories also have very strict criterion for both good and evil. The very idea of what might be a good or bad deed is not left to the reader’s imagination. Instead, it has already been decided since good and bad deeds are interlinked with the good and bad characters- the heroes and villains of the story. If the hero does something that might questionable in a wider context, it is still not considered a bad deed since it is the hero who has committed it.

The hero in the stories is generally always shown to be “brave” and “handsome,” not much else is revealed about his personality and the reader is only shown the heroic act that he performs in the story such as rescuing the princess. He is shown as the main reason that the woman is saved and gets her happy ending. However, upon closer analysis, it is clear that it is actually the other supporting characters who are driving him to save the heroine. He never does it on his own and yet his shown as the main “saviour’ and the one who gives the female her happy ending. The handsome prince is also never equipped with any goals of his own and is never shown as someone with any emotions. He simply “falls in love” and the reader is left to assume what kind of a person he really is. It is also assumed that a wedding is the happy ending every heroine wants. The idea of finding happiness with a man at the end of the story is portrayed in most tales and the fact that a happy ending might be different for every woman is generally overlooked.

Examining a few of the fairy tales closely, one is easily able to detect a pattern in them, about the kind of traits a heroine has and the attributes the male has as well and see that these also reflect in the expectations society has of the two genders today. Starting off with “Snow White”, one is able to tell that the heroine is considered to be beautiful and her beauty is actually her most valuable asset rather than her intellect. “Lips as red as arose. Hair as black as ebony. Skin as white as snow,” according to the mirror on the wall. However, it is then showed that her beauty is actually a curse since her stepmother is jealous of it and wants to kill her for it. So the villain, a woman, is shown to be cunning, greedy and jealous. Snow White also willingly takes on the job of cooking and cleaning for the dwarfs, thus reinforcing the role of the woman inside the house doing chores. At the end, it is her beauty that saves her and ensures her happy ending.

“Cinderella” is made to cook and clean by her stepmother and stepsisters who are all also jealous of her beauty and in the original story, the stepsisters actually physically harm themselves while trying to steal her spotlight by getting the prince to fall for them. The story also reinforces the ever-popular belief of a man being the only source of a happy ending for a woman. Belle from “Beauty and the Beast” actually falls in love with her captor, despite him being cruel and not allowing her to leave his castle. She starts to work in the palace and decides to overlook the beast’s many faults. The story also reinforces certain ideals and standards of beauty that are set by the society. The beast turns back into a handsome Prince at the end, the curse on him meaning he had to live as an “ugly” beast. The beast is shown to be short-tempered and angry whereas Belle is shown as the noble daughter willing to sacrifice her happiness for others and a patient heroine. Aurora in “Sleeping Beauty” is actually asleep for most of the story, not doing anything and allowing the “handsome young Prince” to save her. Thus, the story reinforces the fact that women are supposed to wait patiently and let a man save them without doing anything themselves.

The stories have evolved considerably over the years and some even have different versions depending on the country they are being told in. In one version of Cinderella for instance, the prince is actually supposed to marry a young beautiful woman but instead falls in love with her younger sister and gets married to her. The elder sister then kills the younger one, out of rage and jealousy. Thus, each fairytale has many versions that were told throughout Europe starting in the early modern period. Each version has the same major themes and the same key plot points with differences arising due to geographic and ethnic variations in different parts of the world. In the case of Cinderella, for example, there is nearly always a docile girl who is treated harshly by her evil stepmother and stepsisters who are jealous of her beauty, and who often cause themselves harm while trying to outshine her. However, the Disney versions that went on to become films as well are the most popular today and they are the ones that leave an impact on children and influence the way they think and behave today.

A few examples of these roles are of then men being expected to be the breadwinner of thefamily in various cultures, of the males being brave and ultimately the “saviour” of the female gender. Some attributed associated with females by the society are; beauty, elegance and naivety. In addition to these, they are also expected to be homemakers and to let the males give them their happy ending as well as be kind and patient. Any deviation from these roles and social order is seen as harmful. The fact that the male gender holds more power over the female gender in certain societies has been quite widely known for some time now and this gap in power and conflict of interests is more widespread when it comes to South Asia. Society has shaped its own norms and values that automatically favour the male more than the female and allow him to be in a position of power and to influence the way the females behave and what they believe in or value. One example of this from a Pakistani perspective is the number of abusive marriages and cases of domestic abuse that women fail to report and are content in experiencing due to the way they have been brought up.

According to a survey conducted by the United Nations Population Fund, one third of all women in Punjab alone between the ages of 15 and 64 have faced some form of violence.

The survey was conducted by taking a sample of 32,000 houses from 36 districts in Punjab.

The reason the women do not come forward is the standards and norms set by society that give the males more influence and power over them and allow them to overshadow and silence their voices. Most fairytales in turn strengthen these standards directly and indirectly by implying that the male gender does hold a distinct position in the society for example the fact that the hero is almost always a Prince and makes all the brave and courageous decisions that lead to the girl getting her happy ending.

The writer is a young Pakistani author who has recently published her debut novel Our Tainted Souls. She can be reached at [email protected]