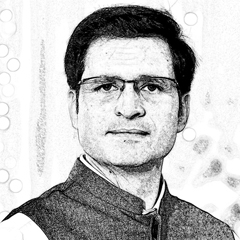 Recognition of Israel by Pakistan: A Hoax

With the recent recognition of Israel by Muslim states such as UAE, Bahrain and Sudan. it has been highly anticipated that the whole of the Muslim world will reverberate with a &quot;butterfly effect&quot;. The Muslim states are expected and pressurized to be falling in acceptance of Israel like dominos. This bar has particularly been set up by the Kushner-influenced Trumpian policy in the Middle East. However, there are three countries in the Muslim world that are seemingly not bent on recognizing the one-state agenda of the Israeli cause and its backers. These include Pakistan, Iran and Qatar. The ruling party in Pakistan, Pakistan Tehreek e Insaaf (PTI) has negated all such prospects despite immense pressure from the US and Saudi Arabia. The PTI in a recent tweet blatantly falsified reports going around of Pakistan&#39;s tilt towards acceptance. Besides, Prime Minister Imran Khan declared the country&#39;s unequivocal stance on Israel in an interview stating, &quot;…it is the same as Quaid said in 1948…Pakistan cannot accept Israel until Palestine gets a fair settlement that they think is right&quot;. The founding father of Pakistan; Jinnah, made clear the Muslim stance on the Israel-Palestine conflict by declaring, “The Muslims of India would not remain as mere spectators. They would help the Arabs in Palestine by all possible means”.

For PM Imran Khan to exhibit lack of adherence to his stance, would not only betray the cause of Pakistan but also his own role in the Muslim world that he is in efforts to acquire; leading it. Therefore, the manner of governance and the trajectory that it has taken does not reflect any prospects of establishing diplomatic ties with Israel. He has acted as the leader of the Muslim world. Rubbing shoulders with conservative Muslim leaders like Erdogan of Turkey, Mahathir of Malaysia and Rouhani of Iran, it would be dichotomous for Imran Khan to loosen his outlook. His speech in the United Nations General Assembly (UNGA) in 2019 was reflective of his emergence as a leader of the Muslim world. The Muslim world too for the like, accepts him and his posture on its afflictions. The most disputed territory for Muslims is that of Palestine followed by Kashmir, Syria, Iraq and so on. To compromise on Palestine would be to compromise on the whole of the Muslim world.

Pakistan has pushed a &quot;two-state solution&quot; forward with respect to the Israel-Palestine conflict, viz. state of Palestine and state of Israel. Israel has the slogan of &quot;Peace for Land&quot; whereby they warrant peace after the acquisition of the land to which they lay claim. In opposition, Pakistan draws the formula of &quot;Land for Peace&quot;.

Pressures from the US and friendly countries like Saudi Arabia keep mounting as Pakistan battles for the supremacy of the interests of the Muslim world. On part of the US the pressure to recognize Israel was “extraordinary during the Trump stint” as per the PM. This threat along with other pressures did not deter Pakistan. Pakistan’s cricketer turned Prime Minster Imran Kan says that he used to play well under pressure. Therefore, tackling a contentious situation is greeted with sportsmanship
by the PM Imran Khan.

PTI caters to the political representation of former members of religious parties. It is in particularly inclusive of the Jamaat-e-Islami&#39;s (JI) former members having a significant say in the politics of PTI (Current President of Pakistan, Dr Arif Alvi has also been in the JI in the past). An additional factor is the party&#39;s following based on a demographic that has a greater ratio of youth. Both the members of party having religious ties and the young lot are highly compassionate and emotive when it comes to Muslim solidarity. In such circumstances, it would be slow suicide for the party to exhibit any such interest of abating its Palestinian cause. Pakistan as a nation since 1948 (the creation of Israel) has shown moral, legal, social and political obligation in championing the cause of Palestine. The Arab wars fought in the name of Palestine have been supported with zeal in Pakistan. Therefore, it is impossible for Pakistan to accept Israel without the protection of Palestinian sovereignty.

Apart from its deep-rooted religious commitments, Pakistan is compelled by its ethical obligation to not represent an apartheid regime and ethnic cleansing of Palestinian people. Conversely, if it were the Palestinians committing inhumane acts of violating sovereignty and mass murder of innocents, Pakistan&#39;s standpoint would have been different. Pakistan&#39;s main aim is to sue for peace and holding the perpetrator -Israel- accountable, an objective the UN has failed to achieve thus far.

Despite Pakistan&#39;s tainted past with human rights violations, it wouldn’t bring it any closer to amends for it to stand by the side of the oppressor by granting Israel and its cause legitimacy.

Pakistan has pushed a &quot;two-state solution&quot; forward with respect to the Israel-Palestine conflict, viz. state of Palestine and state of Israel. Israel has the slogan of &quot;Peace for Land&quot; whereby they warrant peace after the acquisition of the land to which they lay claim. In opposition, Pakistan draws the formula of &quot;Land for Peace&quot;. Pakistan believes that in order to bring lasting peace to the region, giving back the Palestinians their land is imperative. Therefore, Israel shall have its peace when Palestine has its land.

Absence of war does not mean peace. Peace is uprooting of the cause of conflict in the first place. However, if the two-state solution fails to come to life, it is anticipated on the side of Israel to push a semi-autonomy status to the Palestinians with a focus on a &quot;state-minus approach&quot;. The Kushner designed foreign policy of the Trump office, pushes forth this mandate. It is seconded by Israeli Prime Minister Benjamin Netanyahu. Such a scenario will evoke clear rejections from both the Palestinians and its supporters in the Muslim world, predominantly Pakistan. The recent developments in the conflict have garnered a rights-based approach towards its solution as opposed to the territorial approach adapted by Israel and its backers. The realization of a &quot;one-state&quot; outcome encompassing a binational population would turn the state into a center-stage for ensuing conflict and unrest. Such a front provides the necessary ingredients for disaster rather than establishing positive peace.

The author is the chairman of the department of international relations at the University of Peshawar, [email protected]