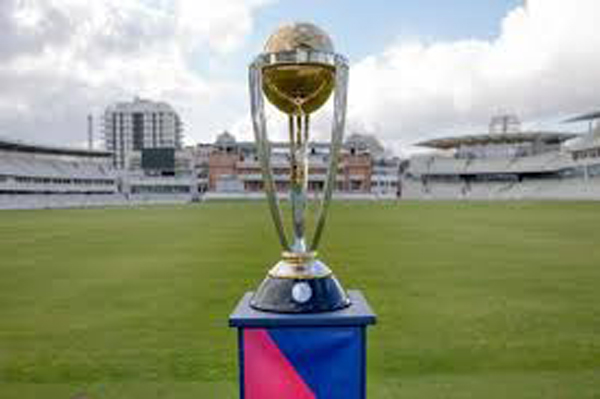 HARARE: The qualifiers for the 2023 50-over World Cup ––- to be held in India –– will now be played in June-July 2023 in Zimbabwe as part of a mammoth rescheduled “new-look calendar” announced by the ICC to make up for delays and postponements caused by the Covid-19 pandemic. The qualifiers in Zimbabwe will run from June 18 to July 9, while the men’s Cricket World Cup League 2 ODIs will be played from March 19, 2021 when Oman ––- currently on top of the table ––- host USA and Nepal in the sixth series of the tournament. Six ODIs are going to be played there, and 96 overall in the 14 series that are scheduled to be played in 2021 and 2022, with two more in early 2023.

In a statement, the ICC explained the qualification process thus: “After the 21 tri-series in League 2 have been completed, the top three teams will confirm their place in the ICC Men’s Cricket World Cup Qualifier 2023. The bottom four teams will drop into the Men’s Cricket World Cup Qualifier Play-Off 2023 ––- which is a repechage event to the Global Qualifier –– and will be joined by the winner of Challenge League A and B. The top two teams from the Play-Off –– which has also been rescheduled to 2023 –– will keep their hopes alive of participating in India 2023, by qualifying for the Cricket World Cup Qualifier 2023.” These two leagues will run concurrently with the World Cup Super League, which kicked off when cricket resumed around the middle of 2020. Australia (40 points from six games), England (30 from nine) and Pakistan (20 from three), are the top-three teams on that table, with India, Zimbabwe and Ireland below them, all on ten points from three games. India, the hosts of the 2023 tournament, and the other seven top Super League teams will qualify directly for the World Cup, while the bottom five teams from the Super League will play in the 2023 Cricket World Cup qualifier, joining the best three teams from League 2. The World Cup itself has been scheduled for October-November 2023.