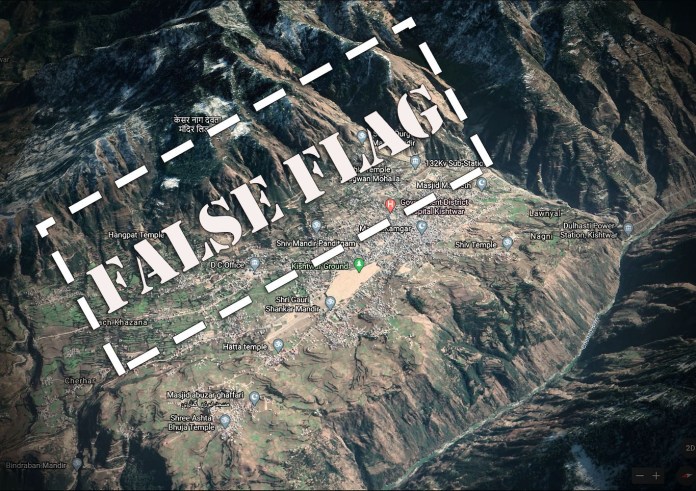 The Indian Army is planning yet another false flag operation on the pretext of fake encounter of three Kashmiri detainees, already held in Police custody at Kishtwar District of IOJK, security sources said Wednesday.

The operation is aimed at “crafting fabricated stories against Pakistan,” the source said.

According to details some of the already confiscated weapons were likely to be displayed as recovery from Marwah or Metwan area of Kishtwar District, in the Indian Occupied Jammu and Kashmir (IOJK).

According to details the Indian local commander in Kishtwar District has already spoken to Senior Superintendent of Police of the area regarding the detainees; Ghulam Hussain, Iqbal Lone and Bashir Matu.

The Indian army is notorious for conducting similar false flag operations in the past.

Prime Minister Imran Khan and Chief of Army Staff General Qamar Jawed Bajwa are already on record for warning the world of an imminent false flag operation from India to divert world attention away from its ongoing genocide in IOJK.

DG ISPR Major General Babar Iftikhar in an interview with a local news channel in June advised the Indian military leadership not to play with fire.

“We will respond any aggression with full might,” he was reported as saying.

The DG ISPR warned India that there would be consequences of any military misadventure in the region and the consequences would be uncontrollable. “Let us not play with fire. We will respond any aggression with full might,” he had said.

According to the security sources India was desperate after facing repeated humiliations at various international fora on its gruesome human rights records, and particularly after the huge leak by the EU DisinfoLab regarding Indian Chronicles. India is frantically making efforts to cover up its tracks by launching an aggressive hybrid war against Pakistan.

The government of Prime Minister Narendra Modi is already hostage to the 21-day long strike of farmers which continues to gain momentum with the joining of transport and other sectors in the country, and has had successful lockdowns.