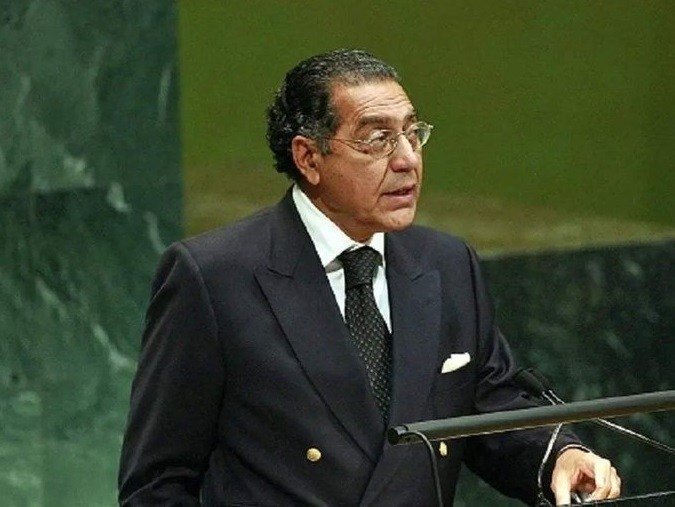 UNITED NATIONS: Pakistan commended on Friday fresh progress in the ongoing talks in Doha aimed at ending the conflict in Afghanistan, but warned against spoilers’ ploys to undermine efforts for a peaceful settlement in the war-torn country.

Ambassador Munir Akram told the United Nations General Assembly (UNGA) that, “Spoilers, from within or without, must not be allowed to subvert the success of these negotiations and prevent a comprehensive political settlement in Afghanistan.”

“The machinations of such spoilers must be defeated,” he said, during a debate on the situation in Afghanistan.

Expressing concern at the high level of violence in Afghanistan, the ambassador said that Pakistan shared the international community’s determination not to allow Afghan soil to be used by alQaeda, ISIL/Da’esh or other groups to threaten or attack other countries.

“Terrorism has had a devastating impact on Afghanistan and its neighbouring countries,” he stated.

At the outset, he said, Pakistan and Afghanistan are linked by unbreakable bonds and their destinies are intertwined. Pakistan has shared Afghanistan’s trials and tribulations and hopes to share its joy when peace is established, the ambassador observed.

“A peaceful and stable Afghanistan is indispensable for peace and stability in the region and beyond,” he told the 193-member assembly.

He pointed out that Prime Minister Imran Khan has consistently maintained that the conflict in Afghanistan can end, not by military force, but through a political settlement involving the full spectrum of Afghanistan’s political landscape. “We are gratified that this now reflects the international consensus,” Ambassador Akram said.

To help turn this consensus into reality, he said, Pakistan has facilitated the Afghan peace and reconciliation process.

With the intra-Afghan talks in Doha rekindling hopes for peace, the Pakistani envoy said it was time for Afghanistan’s leaders to seize this historic opportunity and work constructively towards an inclusive and comprehensive settlement, without outside influence or interference.

“Pakistan has walked with the international community and our Afghan brothers and sisters on the path to peace, encouraging reduction in violence and urging dialogue and negotiations,” the ambassador said.

“The commencement of Intra-Afghan negotiations is the outcome of our combined efforts,” he added.

“It is the Afghans who must be the masters of their destiny, and decide their own future, without outside influence or interference. Pakistan will continue to support the Intra-Afghan Negotiations and looks forward to an inclusive, broad-based and comprehensive political solution paving the way for a peaceful, stable and prosperous Afghanistan.”

He further stated that bilateral interaction between Islamabad and Kabul has intensified, citing the recent exchange of visits at the top level.

To foster and sustain peace, he said, Afghanistan would continue to need generous international economic support, as also for the return of the Afghan refugees.

On its part, Pakistan had committed $1 billion to Afghanistan’s development, half of which has been utilised for infrastructure and capacity-building projects.

While the world was closing borders because of the Covid crisis, he said, Pakistan opened five border crossing points with Afghanistan, revised its visa policy to facilitate visits by Afghans, and donated medical equipment to help them fight the pandemic.

Other delegates also pointed to progress made in the Doha talks and underscored the importance of consolidating the gains.