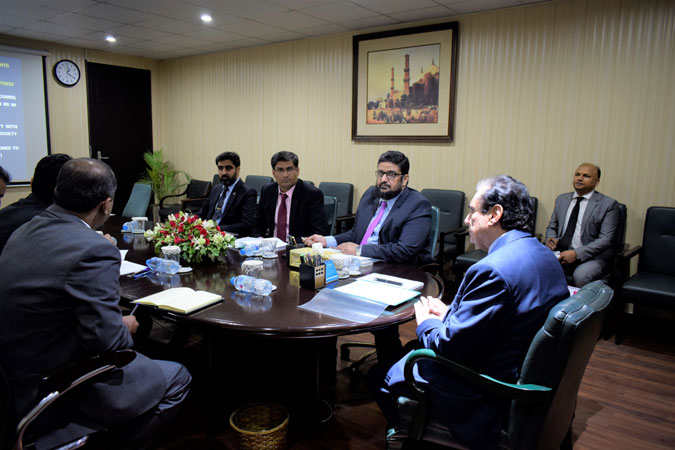 National Accountability Bureau (NAB) has been functional in Pakistan mandated with multi-dimensional responsibilities to eradicate corruption from motherland and to get the culprits be punished without any pity. Other than enforcement mechanism, NAB is also scheduled to edify the new generation regarding ill-effects of corruption and corrupt practices.

NAB is an apex National anti-graft body operational in Pakistan under the Chairmanship of Justice Javed Iqbal, whereas, the Bureau was formulated in accordance with National Accountability Ordinance (NAO) in 1999. Since its inception, twenty years earlier, the graft busting body has enforced Jihad against corruption and corrupt elements whereby during discharging this national cause, the Bureau has remained successful in recovering more than Rs466 Billion from corrupt and dishonest elements and the same has been submitted in National exchequer. Astoundingly, this has been speaking loud about the success of NAB against Corruption. 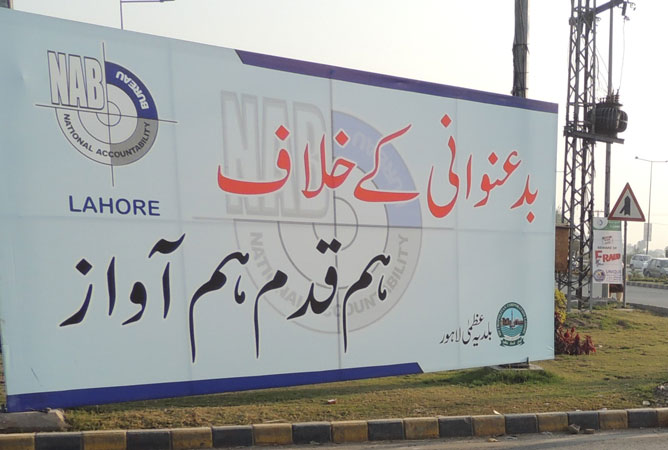 As soon as the incumbent Chairman NAB, Justice Javed Iqbal assumed the charge of the Bureau back on 8th October 2017, he reviewed his commitment that NAB would prove herself a non-compromising and a staunch force against every corrupt whether, how strong and influential it may be. This has been the sole pledge which overhauled the NAB and a new strategy was devised to deal with all the crooked ones, as per merit. The dynamic directions of Director General, NAB Lahore Mr. Shahzad Saleem and the newly devised policy of Chairman NAB outshined the performance of the Regional Bureau of Lahore that remained outstanding during 2017 to 2020. NAB Lahore owns the credit that it has achieved various milestones during above mentioned tenure and has also set some un-achievable records for others.

Although, it’s being a known fact that during the span of last four years, general public and others approached at maximum level to ring the bell about any scam they suffered from or about some corrupt practices they observed. So far, 36,301 Complainants have approached NAB Lahore’s Complaint Cell to redress their grievances, whereas, the number of complainants depicts a comparative increase of 242 percent per year. It also indicates the increased level of public trust over NAB. 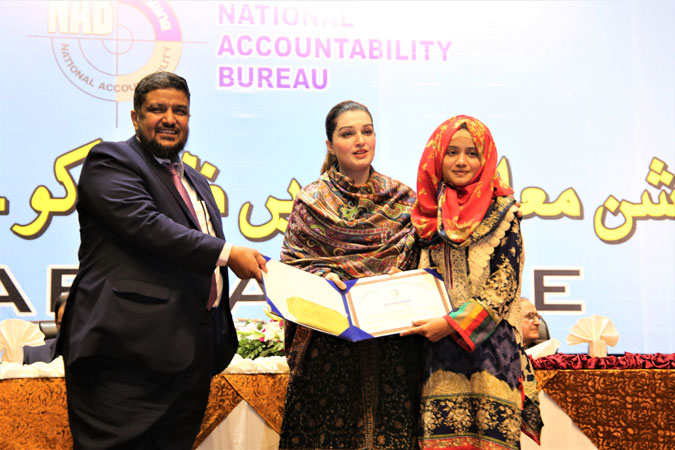 As soon as Justice Javed Iqbal took charge as the Chairman NAB; and in the light of his vast experience, Justice Javed Iqbal immediately issued proper guidelines in respect of recovering all looted public and national money from corrupt elements without causing any delay while remaining within lawful parameters.

NAB law consents for holding Plea Bargain (PB) with accused individuals to swiftly recover complete looted and plundered wealth. In this respect, two methodologies are usually been adopted viz ‘Direct recovery’ and ‘Indirect recovery’, whereby, the accused are also stand convicted even they held Plea Bargain. Under the vibrant leadership of DG NAB Lahore, the Regional Bureau has, so far, recovered more than Rs15 Billion through holding PB since 2017 to date which shows an abrupt increase of 280% per year as compared to Recovery through PB during 2000-2016. This also demonstrates the tireless efforts of the Officers and officials of the Regional Bureau.

As per a recently assembled data Report which portrays 945 percent increase in the domain of ‘Indirect Recoveries’ during 2017 to 2020. Indirect Recovery is being considered as an important aspect to recover looted money from corrupt elements. The concealed assets and possessions of any accused generated by ill gotten money which are kept in his own or other family members’ name as benami assets are being digged-out and afterwards been frozen under govt custody, as per law. The assets are ultimately been sold out or auctioned with the consent of hon’able Courts. All the obtained wealth is being returned to National kitty or concerned affected people. These efforts of NAB would be remembered as remarkable in history. NAB Lahore has recovered Rs6031 Million during last four years as an indirect recovery. The recovery of corruption money is factually Nation friendly act for which the admirations merely seem lesser than what the Bureau deserves for as all this recovered many was collected from public through Taxes which was meant to be used in development purposes. 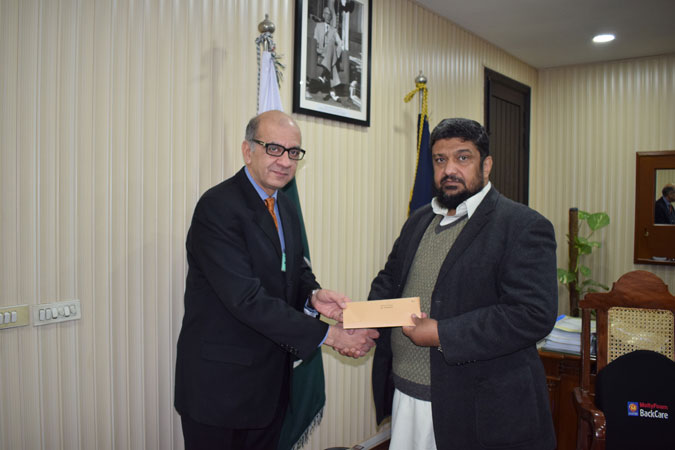 If NAB’s actions in respect of Public service are talked about, only NAB Lahore has facilitated more than 58 thousand (58,000) affectees of different scams during last four year period that, at least, shows that NAB is actually a public friendly organization working for the Nation and Country, only.

Chairman NAB, Justice Javed Iqbal has already ordered for early completion of all mega corruption scams, on priority. Keeping in view his directions, NAB Lahore has been putting all out efforts to bring all cases and References to their logical conclusion by pursuing them with merits. Under the supervision of DG NAB Lahore, the Prosecution Wing of the Regional Bureau has filed References in courts involving an amount of Rs 52,767 Million with increase of 286% per year as compared to References filed in Accountability Courts during 2000 – 2016. This has justified the ‘NAB Activism’ mantra, as true. It’s the upshot of the collaborated efforts of DG NAB Lahore and Prosecution Wing that the conviction Ratio of the Regional Bureau remained 78% during 2020 which was 70 percent last Year; whereas, it was 72% in 2017. The conviction Ratio of NAB Lahore is actually a remarkable performance for any investigation Agency working in the country.

After collecting solid evidences against the accused in any Corruption scam, the arrest of the accused is considered as the important aspect to collect remaining substantial evidences. NAB Lahore’s Intelligence Wing has nabbed around 666 accused from 2017 till date with an increase of 166% per year as compared to persons arrested during 2000 – 2016. NAB’s capability to arrest any influential accused was discussed widely but after assuming the charge as Chairman NAB, Justice Javed Iqbal didn’t let any second thought to prevail from issuing an order of arrest for any accused against which evidences of alleged corruption surfaced during the course of Investigations. The NAB, today, is actually what the Nation was dreaming for where a resourceful accused is also accounted for in the same manner as an official of lower rank is treated. NAB’s recent activism has exemplified the important aspect that the evidence against any influential accused would land him behind the bars, what come may. Currently, the References filed by NAB involves an amount of Rs1200 Billion over which trials are underway in different courts and as soon these trials are concluded, heavy revenue is expected to land in National exchequer.

NAB Lahore’s Awareness & Prevention (A&P) Wing is also completely functional shoulder-to-shoulder with enforcement Wings. The basic purpose of A&P Wing is to guide new generation about the ill-effects of corruption and corrupt practices. A&P Wing is also engaging youth to arrest the further spread of corruption in motherland. In this purpose, NAB Lahore’s A&P Wing has organized more than 250 programs during Awareness Campaign, this year, comprising different Competitions along with motivational lectures at School, College and University level students in the 21 Districts of Punjab. The brilliant students who managed to compete the competitions are being awarded with cash prizes and merit certificates by NAB Lahore. This has also been observed for the first time in history that as part of Awareness Campaign launched the Regional Bureau of Lahore that a dedicated Vehicle displaying motivational message against corruption is set on all major Roads of Lahore to spread awareness against corruption. Moreover, a massive campaign of banners and mega screens has also kicked off in the eve of International Anti-Corruption Day (today).

All the steps and efforts being initiated by NAB Lahore are being immensely admired by general public and the day doesn’t seem far enough when any corrupt would think a hundred times before committing any ill-doing.