Security and stability of UAE is very dear to Pakistan: Hafiz Tahir Ashrafi

Pakistan wants to seek solution for all challenges within Muslim world through dialogues: Ashrafi 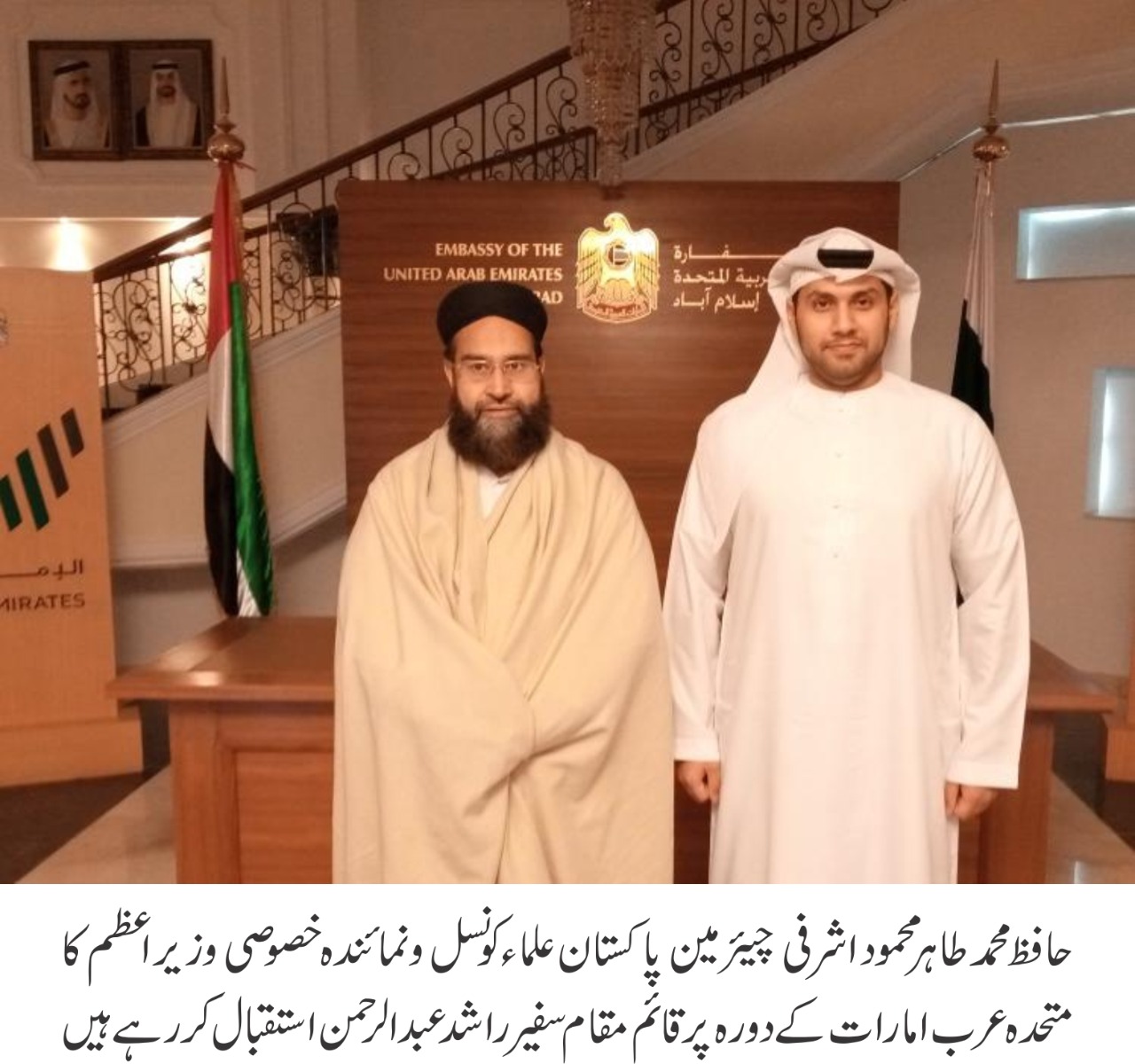 Both the dignitaries held detailed discussions on Pak-UAE relations and prevailing situation in Islamic world and particularly in Arab countries.

Meanwhile, following the meeting, Hafiz Muhammad Tahir Mehmood Ashrafi, Special Representative to Prime Minister while talking to media stated that security and stability of United Arab Emirates is very dear to Pakistan and Pakistan aims at resolving all misunderstandings developed between Muslim Arab countries through dialogues and reconciliation.

Responding to a question, Hafiz Muhammad Tahir Mehmood Ashrafi also stated that visa issues with UAE has also been settled adding that issues relating visas were resolved during the meeting of Advisor to Prime Minister Zulfi Bukhari and UAE Minister for Labour.

Hafiz Muhammad Tahir Mehmood Ashrafi also stated that along with Foreign Office, he has been in constant coordination with officials of UAE.