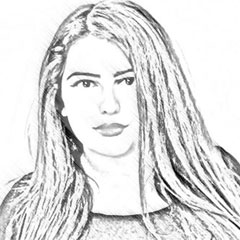 The dilemma of blasphemy laws in Jinnah’s Pakistan

The need of the hour , aligning the laws with the constitutional rights, by taking into confidence all the stakeholders creating problems otherwise such as influential right wing religious groups, military and legislature

After Iran, Pakistan has the absolute most strictest irreverence laws globally, in particular S.295 A, S.295 B, S.295 C, S.298, S.298A, S.298B and S.298 C of the Pakistan Penal Code with disciplines running from detainment and fine to an obligatory capital punishment (whenever seen as blameworthy of S.295C). The procedure and execution of which is much more troublesome than the law itself.

The problem with this law per se is that it is extremely flawed and the core act of blasphemy hasn’t even been defined, therefore leaving a lot of space for exploitation of this law. Historically, the blasphemy laws in the Sub-Continent were not specifically meant for just Islam or Hinduism but for all religions aimed at promoting inter-faith peace, but in the 80s specific provisions were added in Pakistan’s Penal Code with the aim of specifically protecting Islam, the Holy book Quran and the Holy Prophet Muhammad from any derogatory comments, insults, remarks, or desecration. Section 295-C was introduced wherein derogatory remarks against Prophet Muhammad were criminalized, pursuant to Criminal Law Act 1986. The problem with these cases is that most of them have a history of being filed on “false grounds” in order to settle personal scores or to persecute minorities or individuals from different religious sects as recently proven in the case of Asia bibi v The State.

In order to revise the law, a majority vote in the provincial assembly is required. The support of that vote by the national government would be required for the Senate to move.

Judicial decisions stem from the British custom-based law in the country. However, according to the Pakistani constitution it is prohibited to pass any laws that are against the lessons and spirit of Islam. Blasphemy itself is an extremely controversial subject, and any minute changes or even the idea of any amendments receive an extremely strong reaction not just by the right wing but also by the left subject to the nature of amendment. After past ineffective endeavours to alter these notorious laws, most legal academics are not too hopeful to see any amendments to take place in the near future. For the first time since the enactment of the law, in 2017, the Senate of the country approached the issue of the exploitation of these laws.

According to academics, past endeavours to review and amend the law were frustrated by the weight of the right wing for which blasphemy laws are proportionate to Islam and amending these laws would mean attempting to make changes to their holy religion per se.

The submissive attitude of the government has enabled the right wing that is on the offensive to dictate the legislature. What’s actually needed is to introduce new legislation to hold those accountable who are involved in making false accusations. Blasphemy accusations usually lead to mob violence and rarely ever end up in litigation. The equity framework is so weak that most people are killed by neighbours and religious fanatics before a formal criminal complaint is even registered. Therefore, the moment a person or a group is accused of having committed blasphemy, the blasphemer instantly becomes “wajib-ul-qatal” as soon as a fatwa is passed by the local clerics.

Liberal Islamic scholars are willing to support introduction of new legislation to prevent the misuse of the current laws but are completely opposed to even the idea of making any changes to the laws currently in place, and anyone who would support the idea of changing the laws could be deemed as a blasphemer, as seen in the cases of former Governor Salman Taseer who was killed by his own security guard after being declared a blasphemer for introducing the idea to amend the laws followed by the assassination of Shahbaz Bhatti, the former Federal Minister for Minorities Affairs who was also killed for supporting the idea of legal reform and for showing public support to Asia Bibi, the responsibility of which was taken by TTP.

The need of the hour is so align the laws with the constitutional rights, by taking into confidence all the stakeholders creating problems otherwise such as influential right wing religious groups, military and legislature. There needs to be careful scrutiny of the application of these laws, followed by an intensive assessment of the need for reform and to provide protection to those who are at risk of mob violence and to ensure proper prosecution of all those involved in making false accusations.

Greater collaboration between the religious clergy and the parliamentarians should be encouraged through dialogue in order to achieve a consensus about this issue. In this regard Jinnah’s vision of secularism must be adhered to as he always wished for a country where people could live together in peace regardless of a difference in faith, class or colour. Conclusively, Jinnah’s vision is the only deterrence we have against the narrow interpretation of our religious clergy.