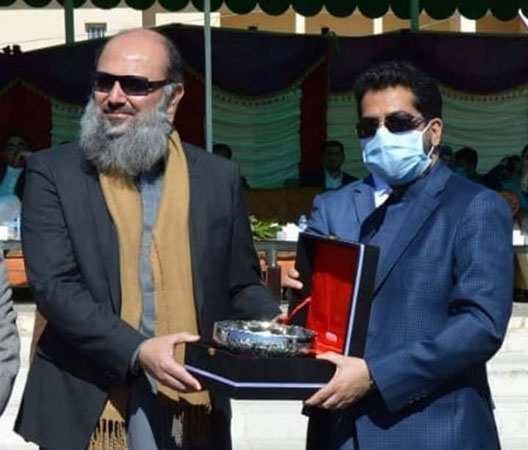 Balochistan Chief Minister Mir Jam Kamal Khan said security forces including the Levies were playing a key role in maintaining durable peace in the province and ensuring its development and prosperity.

He expressed these views while addressing a ceremony of Inter-District Levies Recruits Passing out Parade in Khuzdar.

He said increasing the capacity of the Levies Force in Balochistan was a great achievement which would help counter crime in all areas of the province.

Jam Kamal added incumbent government was utilizing all resources to improve the capacity of forces for ensuring protection of public lives and their property in the area. He said peace was essential for development of the province.

He said funds have been released for setting up a new Levies Training Center in Kuchlak aimed at improving performance of the Levies force in the area, adding “Balochistan is our province for which we all have to play a responsible role to bring development and prosperity.”

He said steps were being taken in all the district of the province to improve the system. He said “it is our duty to make comprehensive planning for the province to put it on path of development. The CM said the women in Levies Recruits showed excellent performance and said he was proud of their performance. He also congratulated the Levies Recruits on their successful passing out.