Hindu monk’s temple mission in India a headache for Modi

AYODHYA: Indian Prime Minister Narendra Modi was flying high in June, jetting from Afghanistan to Mexico in a whirlwind of red carpet diplomacy crowned by a speech to the US Congress extolling democracy and investment opportunities in the subcontinent.

But when Modi returned home, he was reminded of the headwinds those ambitions face, as his hardline Hindu supporters agitate for a greater say in how the country is run. The pressure on the leader of the world’s fastest growing major economy is clearest in Ayodhya, a dilapidated outpost of muddy roads and open sewage where religious and political leaders from the Hindu right are pushing for the construction of a temple where a mosque was destroyed by a mob in 1992.

“We expect and hope that the temple will be constructed during his tenure,” Nritya Gopal Das, the elderly, influential monk leading the Ayodhya temple campaign, said of Modi. The disputed site, now ringed with guard towers and troops, is in northern India’s Uttar Pradesh state, the setting of elections early next year that could make or break Modi’s chances of gaining control of the upper house of parliament.

That would help the prime minister push through his economic reform agenda, which firebrands within his religious base do not always agree with. It was a campaign of public insults by Hindu hardliners that helped push the highly respected head of India’s central bank, Raghuram Rajan, to announce last month that he was stepping down, a shock move that disappointed foreign investors. The prime minister’s office has said it wants the temple issue kept completely out of electioneering.

The demolition of the mosque by Hindus in Ayodhya sparked some of the deadliest riots in India’s independent history and deepened religious divisions that still exist today. The town is becoming a defining test of Modi’s ability to navigate a tension central to his administration: appeasing Hindu nationalist activists who corral votes for the ruling Bharatiya Janata Party (BJP) while preventing them from derailing his pro-business growth agenda. Modi’s success or failure will go a long way to defining his legacy.

And so, on a recent visit to Ayodhya, the words of the BJP’s state chief in Uttar Pradesh, Keshav Prasad Maurya, sometimes jarred with his actions.

As sweat streamed over the saffron-colored tilak dot on his forehead, he smiled at reporters and described the BJP’s electoral strategy: emphasize development, expose corruption.

Asked about demands to build the Hindu temple, he said the courts should decide. “We respect every institution of democracy,” said Maurya.

Yet he had spent much of the day in the company of men who cheer the mosque’s demise, and are increasingly restless to raise a temple in its place as an expression of Hindu supremacy.

His convoy of white sports utility vehicles had pulled into Ayodhya so that he could celebrate Das’s birthday. That morning, Maurya folded his hands in supplication and awaited blessings from the monk, whose self-described mission is to build the temple, a project that risks enraging India’s Muslim minority of about 170 million people.

“I think Modi wants to win the UP (Uttar Pradesh) election by whatever means,” said Ramachandra Guha, a historian who has written about the significance of the temple in Ayodhya as a galvanizing issue for the various factions of the Hindu right, including the BJP. But, he said, there is a catch.

“Modi, given his intelligence, knows that constructing the temple will be disastrous for his image.” Instead, Guha expects the BJP to “finesse the question” with proxy issues. That may include clamping down further on cow slaughter, for example, as the animals are held sacred by Hindus. Critics say such concerns are signals to the Hindu majority that the nation is for them, not Muslims and Christians.

Tradition holds that Ayodhya was the birthplace of Lord Ram, a physical incarnation of the Hindu god Vishnu. Many Hindus believe that the exact spot of his inception was where the Babri Mosque was razed. The call to build the Ram temple is a core tenet of the Hindu right. The BJP’s manifesto says it is committed to “explore all possibilities within the framework of the constitution” to make that happen.

As Modi heads to the halfway point of his term in office, Hindu activist groups who helped elect him in 2014, including the ideological parent organization of the BJP, are pushing for him to deliver.

Modi faces a tough choice. Green light the laying of a cornerstone, and he would enthral supporters yet risk unrest.

After the mosque came down in 1992, rioting in Mumbai claimed some 1,000 lives; a day of revenge attacks that followed in that city killed 257 people and wounded hundreds. Mohammad Hashim Ansari remembers the December morning in 1992 when the mobs swarmed the Babri Mosque; he could see its three domes crumpling from his small alleyway home in a Muslim quarter of Ayodhya.

The rail-thin 96-year-old, who can hardly hear and has many teeth missing, is the oldest litigant in a case seeking to preserve a Muslim claim on the land. He is not confident of his chances in the face of an ascendant Hindu right: “I don’t want the temple to be made, but they have a plan for building it. They’ve taken over the government, they’re in power. They can do whatever they want.”

An aide to Modi in New Delhi said the prime minister wants no talk of the temple in the Uttar Pradesh elections: “Development is the top priority.” It is not clear if that will satisfy Modi’s doctrinal base in the runup to the state ballot.

During the festivities marking his 78th birthday in June, Das convened a private meeting with some of the country’s most influential Hindu religious leaders. His message, according to a person present, was that religious and political discourse on the subject of the temple should not be separated. Every monk in every city, Das was quoted as saying, should be talking about the importance of the Ram temple.

The BJP’s parent organization and a source of conservative activism and ideology, the Rashtriya Swayamsevak Sangh (RSS), lobbied for an upper house seat this April for a firebrand politician named Subramanian Swamy.

Less than two weeks later, Swamy informed parliament that he had a point of order to raise. Amid cries of disbelief, Swamy rose from his seat and voiced frustration that the nation’s attorney general had not done more to get a court verdict on the temple in Ayodhya.

In Ayodhya and across India, there are powerful men who have waited their entire lives for a Ram temple to be built. They speak of Modi, a Hindu nationalist and former RSS volunteer brought to power in a landslide 2014 election victory, as a man of destiny with the power to bring major change after decades of mostly secular rule.

“It is the blessing of God that in this present environment and situation we have Modi,” said Das, sitting cross-legged in his temple complex, as men and women, rich and poor, lined up to push bags of fruit and wads of rupee notes in his direction.

Down the road from the contested site, masons hunched over long pieces of sandstone, slowly etching out floral designs for what organizers say will be building blocks of the new temple.

Gesturing to the hundreds of pieces stacked high around him, Sharad Sharma, a spokesman for the hardline Vishva Hindu Parishad (VHP), or World Hindu Council, said that day might come sooner than people expect.

“Now, under Modi’s leadership, we feel that this is the right time,” Sharma said.

The next morning, Maurya, the official from Modi’s party, was in town to see the old monk. Flanking him and guiding the prime minister’s man through the crowds, leaning ever close to his side, was VHP’s Sharma. 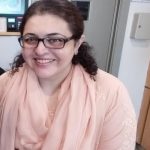