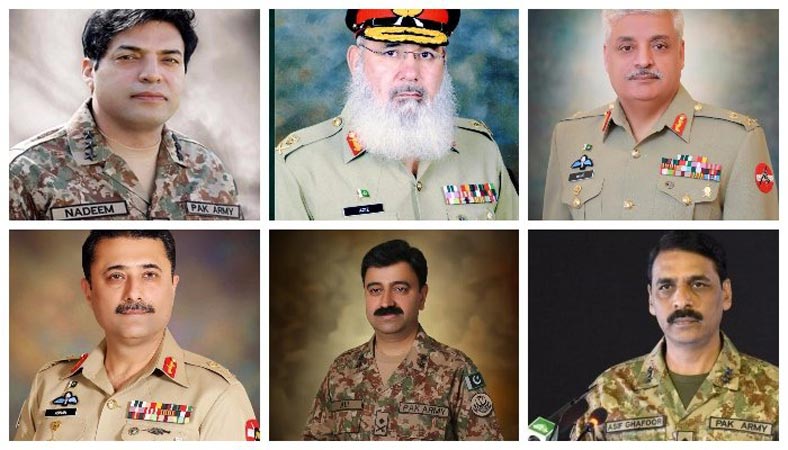 According to chief of the military’s media wing, the approval for promotions was given in a promotion board meeting held at the General Headquarters (GHQ) in Rawalpindi, presided over by Chief of Army Staff (COAS) General Qamar Javed Bajwa.

The newly promoted lieutenant generals were appointed to various posts in corps and departments of the Pakistan Army.

Reacting to the news, Minster for Science and Technology Fawad Chaudhry said: “Serving in the highest ranks of #PakArmy is an honour. Many congratulations to all very well deserved officers for the honours bestowed upon them and best wishes.”

In June, Nigar Jouhar made history by becoming the first female officer to be promoted to the rank of lieutenant general owing to her spectacular performance in different leadership and administrative roles.