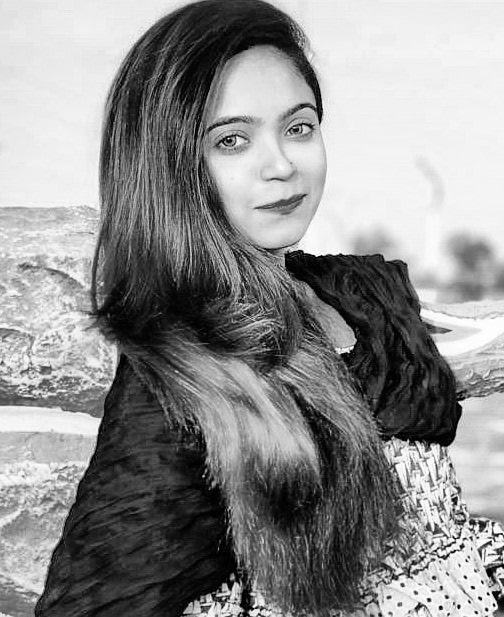 “Indian agent” is our favorite buzzword. These days, the show-stopper argument in the political drag-race is to prove beyond doubt how one’s rival has pleased Narendra Modi. And mic-drops. It appears in bad humor how Modi’s happiness has become such an over-rated phenomenon. A man’s happiness, after all, shouldn’t be so complex.

The argument probably holds teeth that the India-factor stands behind most of Pakistan’s troubles. I, for one, believe that Pakistan is much greater than playing second-fiddle to any ‘factor’, and Pakistanis are empowered to shape their own destinies in the face of any ‘factor.’The corollary follows that the reactions of our leadership to the problems created by India, more than those problems themselves, have actually hampered Pakistan’s progress greatly in the longer run.

A case in point is Pakistan’s siding with the US during the cold-war, due to existential threats from India and the consequent ‘security-state’ that came into being. India, meanwhile, claimed diplomatic superiority by pioneering the Non-Aligned Movement. Calling it a strategic mistake would be a cognitive bias, since none of us today can imagine the burden of sheltering a newly-born state in a hostile neighborhood. However, an unbiased analysis leads to the conclusion that this attempt to ensure state security brought many perils of itself.

Aid never comes as a solitary visitor; it arrives with the caveats of subterranean values and grafts of ill-fitting cultures. As the general scheme of things went in cold-war era, Uncle Sam’s gifts to Pakistan came with a culture of capitalism and neo-liberal economics. In today’s post-COVID world, even the Western economic geniuses are calling for a roll-back on neo-liberalism. In case of Pakistan, the reasons to do so are even more nuanced.

A Hadith narrates that, “The biggest trial of my Ummah would be wealth.” Undoubtedly, this hadith has stood the test of time. Today, everything is subservient to economy. Education, gender, environment, religion, politics; name anything, and it will be found serving only the economic ends. In Pakistan, education is attained merely for the prospects of a better job and degrees are upgraded as a bid to upward economic mobility. Sons are preferred to daughters because of their better economic scope, prostitution and pornography are multibillion dollar industries that cannot be rooted-out by any political strongman and all genders other than the one predominant capital-holding gender are commodified and held as property. Environment is being unsustainably exploited despite disastrous consequences for the country’s very existence. Religion is used as a trump-card in politics and as an established industry in rural areas and suburbs for monetary gains. And politics, by all means, is the game of wealthy Seth’s.

A practically plausible model is that of the mixed economies of Scandinavian states, where wealth is not the sole fantasy, rather, community service and intellectual pursuits are also aggrandized

The destruction doesn’t end here. For decades, the Western policy-makers have been calling out capitalism for its sins. As early as 1938, American sociologist Robert Merton postulatedin his Strain Theory that the contemporary culture puts pressure on individuals to attain the pre-dominant success symbol i.e. wealth. Inability to acquire wealth puts individuals under ‘strain’, hence, crimes are committed to be able to attain wealth and social status. As recently as 2020, economist Noreena Hertz in her book, The Lonely Century, states that neoliberalism makes us “see ourselves as competitors, not collaborators, consumers, not citizens, hoarders, not sharers, takers, not givers.”. Even before the outbreak of COVID-19, top-notch economists, such as the Nobel Prize winning Joseph Stiglitz, were calling for a modified, and more responsible, “progressive capitalism.”

Looking back, one wonders what benefits the Capitalist-bloc brought onto Pakistan. A fragmented social structure vacillating between the traditional Islamic values of the past and the ‘whatever-goes’ capitalist mentality, crippling classinequality and poverty, a tainted reputation around the globe, and rampant Islamophobia. Things would have looked very pleasant for Pakistanis and Muslims had the mujahideen not been trained in Pakistan and had OBL been found hiding in Nepal or Bhutan maybe.

Prime Minister Imran Khan likes to believe that our greatest problem of all is corruption. That being the case, the policy-makers need to address the root-cause of corruption and scratch beneath the surface instead of managing the symptoms by knee-jerk policies. Catching a few white-collar criminals behind the bars would not improve the situation on-ground. We need to realize that a culture where wealth is the sole entity that a child strives for till his last breath does not bide well for any society. A country where a pandemic is undermined just to keep the economy running doesn’t set a good example. It is no surprise, then, to find every single profession marred by various shades of corruption.

We need to change our value system to eradicate most of our problems. Of course, shifting to an egalitarian Islamic economy is not a possibility at this time. However, a practically plausible model is that of the mixed economies of Scandinavian states, where wealth is not the sole fantasy, rather, community service and intellectual pursuits are also aggrandized. The process begins in the classrooms where external exams are not taken in the early school years to discourage cut-throat competition and dog-eat-dog world; and the absence of huge inequalities doesn’t make money a problem. The consequences in these countries are evident; economic superiority, literacy rate approaching 100%, peace, amity, and the lowest crime rates in the world.

Change is the only law of the world, and change we must, lest we should proceed to a world where patriotism, humanity and all other emotions are outdone by the lust for personal success.

The writer is a doctor and a prize-winning author. She can be reached out at drnoorulhuda0@gmail.com