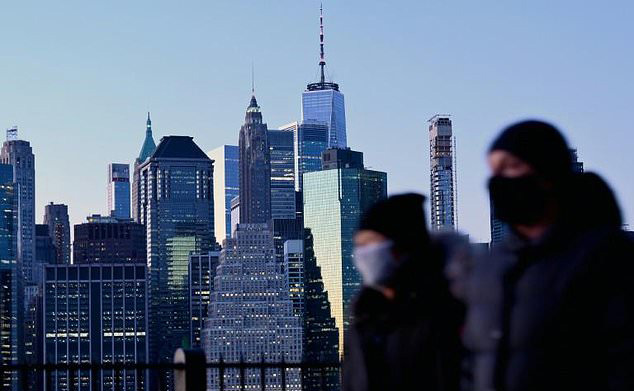 Stocks were mixed in Asia on Thursday as a global rally fuelled by vaccine optimism petered owing to the brutal reality of surging infections that are forcing fresh lockdowns and threatening to shock the global economy again. While the broad consensus is that 2021 will see a healthy recovery across the world as people are gradually inoculated, traders are focusing on the immediate crisis as the US and Europe suffer a second wave of the killer disease. World markets have enjoyed an impressive run in November thanks to Joe Biden’s US election victory and then news that two vaccine candidates had shown to be more than 90 percent effective in late trials. The announcements lifted hopes that the planet can begin to get back to some form of normality soon. However, New York’s three main indexes took a decisive turn lower in late trade Wednesday when the city’s Mayor Bill de Blasio said he would shut schools because of rising infections. The news realised fears among investors that the soaring number of new cases around the US — the country has registered more than 100,000 every day for two weeks — would force lockdowns similar to those that battered the economy earlier this year. Key European economies including France, Germany and Britain have already imposed new or partial lockdowns, while other countries around the world including Japan and South Korea have been forced to take new containment action. “Once again, rising infection rates and lockdown concerns are the market’s primary focus,” said Axi strategist Stephen Innes. “Predictably, the US stock market has reacted extremely negatively as traders cut and trim while hedging against this necessary health care move.” He added: “While the vaccine does offer bright green lights at the end of the tunnel, the tunnel just got more cavernous and lengthier.” – ‘Tough times’ ahead – Profit-taking and virus worries weighed on some markets with Hong Kong, Tokyo, Singapore, Wellington, Taipei and Manila all down. London, Paris and Frankfurt also fell after opening. But others rebounded from earlier losses. Shanghai, Sydney, Seoul, Mumbai, Bangkok and Jakarta all rose. “Financial markets continue to range nervously, sandwiched between Covid-19 vaccine-driven hopes for the future, and the reality of the here and now,” said OANDA’s Jeffrey Halley. “Based on 2020 thus far, though, the financial market’s ability to ‘look ahead’ and divorce itself from the reality of our everyday life will probably win the day.” Observers said the losses were also caused by profit-taking and the positive impact of the vaccine news had largely now been built into prices. High-yielding currencies also dropped against the dollar as traders sought out safer assets. “We are expecting tough times in coming months because of the resurgence of cases, but in terms of the longer term recovery path, the vaccine was a very important news milestone,” Melda Mergen, at Columbia Threadneedle Investments, told Bloomberg TV. “We think that the cyclical recovery is going to come back but there are going to be some bumps along the road.” – Key figures around 0820 GMT – Tokyo – Nikkei 225: DOWN 0.4 percent at 25,634.34 (close) Hong Kong – Hang Seng: DOWN 0.7 percent at 26,356.97 (close) Shanghai – Composite: UP 0.5 percent at 3,363.09 (close) London – FTSE 100: DOWN 0.8 percent at 6,334.85 Euro/dollar: DOWN at $1.1852 from $1.1853 at 2150 GMT Pound/dollar: DOWN at $1.3240 from $1.3270 Dollar/yen: UP at 103.87 yen from 103.86 yen Euro/pound: UP at 89.51 pence from 89.33 pence West Texas Intermediate: DOWN 0.8 percent at $41.50 per barrel Brent North Sea crude: DOWN 0.4 percent at $44.16 per barrel New York – Dow: DOWN 1.2 percent at 29,438.42. 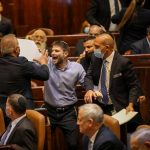 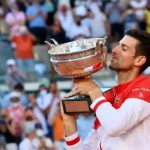 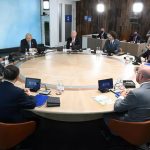