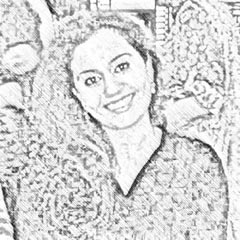 The new city; a dream or reality

With ever growing population the need for urban development has increased manifolds in last decade in Pakistan. Where the present government is working hard to revive the agricultural strength of the country, for export and as well as for consumption, the urgency to accommodate and facilitate people with basic amenities of life, is equally important.Karachiets will whole heartedly agree, after the nightmarish monsoon season, poor infrastructure and no running water or electricity.

To attractforeigninvestors, tourism and stop the brain drain of Pakistan, government bringing in new ideas, one that involves building a new Lahore city, adjacent to River Ravi. It may be over ambitious, considering the economic crunch that the country faces amidst the pandemic, but aiming high has never been a crime. The idea of an urban development on the Ravi riverfront was first suggested in 1947 by the then Deputy Commissioner of Lahore. In 2013, the Government of Punjab began considering the project, which was initially planned to span over 44,000 acres. The finalised project with some modifications was later inaugurated by the Prime Minister in August 2020.Ravi Riverfront Urban Development Project (RRUDP) is an approved urban development megaproject in Lahore District, Punjab, Pakistan that runs along the Ravi River in a northeast to southwest. The project was inaugurated on 7 August 2020 by the Prime Minister of Pakistan Imran Khan

The 5 trillion Pakistani rupees project aims to rehabilitate and develop the Ravi River into a perennial freshwater body, with high-quality urban development on the adjoining land for about 35 million inhabitants. The idea is based on the developments around River Thames in London, England. A modern city on the banks of the Ravi River, bordering Lahore on the north and the west sides, consisting of green belts, piers and boardwalks, along with 1.4 million residential units are part of the masterplan. Nearly seventy percent of its area will be reserved for the plantation of 6 million trees. A lake, an urban forest, three barrages and six water treatment plants will be built in the first phase. Upper Chenab Canal and BRB canal will be used to provide water to the development, if needed.

The Project has attracted criticism from the Lahore Conservation Society which has raised a few objections with regard to the ecological and environmental aspects of the Project, which have already been not only thoroughly discussed, but special attention has been paid to preserve and enhance.

Lahore is Pakistan’s second largest city with a population close to eleven million people,being the regional urban centre of commercial, financial, industrial and socio-cultural significance, Lahore is faced with a number of challenges – over population,unplanned growth, congestion, pollution etc. Over the years, the lack of appropriate planning initiatives has resulted in the viability of various development projects being compromised. In view of the city’s projected expansion towards the south and the west in the long run, the Government of Punjab plans to carry out riverfront development on both sides of the Ravi riverbank along a 33 km long stretch that is contiguous to Lahore district’s northern and western boundaries.

The overall scope of the proposed project entails, updatingthe strategic development plan and preparation of financial models for investment. A key challenge of the proposed riverfront urban development project concerns the environmental sustainability of the Ravi River as a major natural feature in Lahore’s landscape. This includes paying attention to the requirements of biodiversity protection and the conservation of sensitive environmental characteristics. Additionally, the facilitation of long-term socio-economic initiatives that addresses the needs of Lahore’s growing urban population.One of the major concern is the provision of high-quality urban services and infrastructure distribution networks aimed at facilitating urban expansion in a meaningful manner, including the appropriate technological interventions concerning sewage treatment so as not to compromise on the Ravi River’s sustainability. The proposed project is intended to be a first of its kind.

The Project is aimed to be developed after taking into account all technical data, ensuring protection of the flood plain, cleaning the waste disposal being dumped into the River Ravi and mitigating any potential loss to agricultural life as a result of the Project’s activities, in consonance with the applicable and regulatory laws of the land. However, the Project still has attracted criticism from the Lahore Conservation Society which has raised a few objections with regard to the ecological and environmental aspects of the Project, which have already been not only thoroughly discussed, but special attention has been paid to preserve and enhance.

Project has been conceived in line with the Sustainable Development Goals (SDGs) of the United Nations (UN). Under the 2030 Agenda of the UN, the economic, social and development dimensions of “sustainable development” are to be integrated. Implementation of the project would not only meet the needs of Lahore city but would also create immense opportunities for jobs and economic activities. Though this expansion was envisioned more than seventy years ago, but this government might get the feather in the hat if it pulls through the project and not leave it hanging. 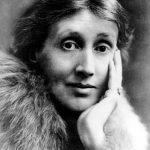 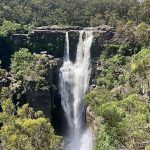 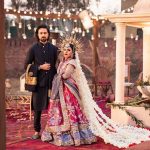 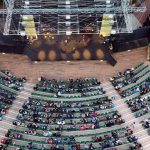 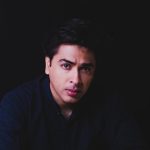