PSL 2020 final: Lahore vs Karachi is like India vs Pakistan, says Haris Rauf 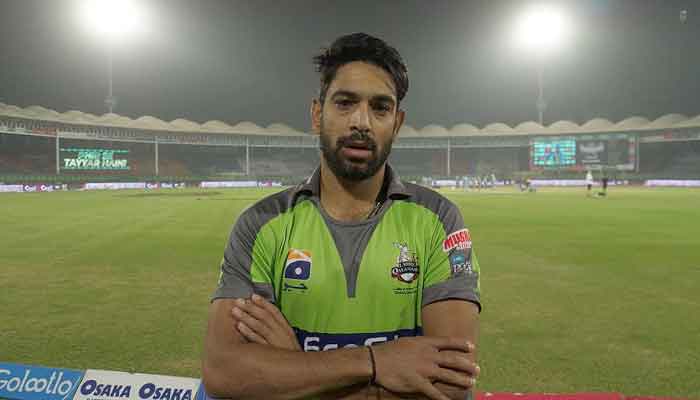 KARACHI: Lahore Qalandars’ Haris Rauf is aspiring to give a “tought time” to arch-rivals Karachi Kings in the Pakistan Super League finale.

Qalandars, who finished bottom of the PSL in each of the four editions, surprised fans by defeating Multan Sultans in Sunday’s eliminator.

Speaking to Geo News, Rauf said this was a moment everyone at Lahore’s dugout was waiting for. “We are very excited about qualifying for the final.”

“Our fans, who remained loyal to us throughout the PSL, must be excited too. I want to request them to keep praying and supporting us. We will not let them down.”

In the thriller against Sultants, Rauf chased three wickets and conceded 30 runs. He also completed 50 T20 wickets in 2020 – the most by any bowler this year.

“There were ups and down this year. There were injuries as well but I remained focused and worked hard. Alhumdullilah, I am not the leading wicket-taker in the world,” he said while thanking his fans. “I will try to continue the momentum in the coming matches for both Qalandars and Pakistan.”

On the Kings vs Qalandars final, Rauf said it was a match that everyone in Pakistan wanted to see. “Karachi vs Lahore is like India vs Pakistan,” he said. “We, Qalandars, will give a tough time to Kings in the finale and win the trophy.”

Once an unknown cricketer in Rawalpindi, Rauf came into the limelight during Qalandars’ player development programme. The rest, as they say, is history.

The pacer credits his success to the management at Qalandars. Rauf was once an unknown cricketer in Rawalpindi but came into the limelight when he first appeared in Qalandars’ player development program since then he didn’t look back.

“Whatever I have achieved today is because of their hard-work. They invested in me and it’s the time for me to pay back by winning matches for them,” he said.