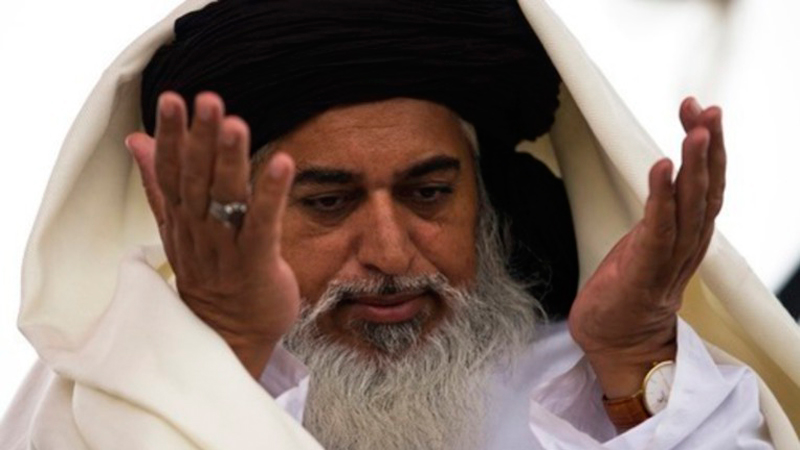 The federal government late on Monday night claimed that it has succeeded in convincing Tehreek-i-Labbaik Pakistan (TLP) to end their sit-in. However, no announcement in this regard was made by TLP chief Khadim Rizvi till the filing of this report. Instead, several of TLP activists in their social media posts termed the claim by the government as ‘fake’ and said that any decision to end sit-in will be announced only by the party chief Khadim Rizvi.

Sources said TLP chief Khadim Rizvi insisted on immediate release of all arrested people of the party, and warned that the sit-in will continue till the release of all arrested people. Sources said most of the issues between the two sides had been agreed upon and that proper announcement by TLP to call off sit-in will be made by Khadim Rizvi after settlement of the remaining issues.

Earlier in the day on Monday, the situation remained tense in the twin cities of Islamabad and Rawalpindi as Tehreek-e-Labaik Pakistan (TLP) continued their sit-in on Faizabad interchange for a second day while clashes were also reported between police and TLP activists. The residents of twin cities faced the situation like in November 2017 when Tehreek-e-Labaik Ya Rasool Allah occupied Faizabad for 23 days. Once again, thousands of Tehreek-e-Labbaik Pakistan (TLP) activists gathered at Liaquat Bagh, Rawalpindi to stage rally against the blasphemous caricatures published in France. They planned to hold a march up to Faizabad on Sunday to protest against the blasphemous caricatures, but were denied permission by the district administrations of both Rawalpindi and Islamabad owing to their violent history. The supporters of Khadim Hussain Rizvi, despite the road blocks, gathered at Liaquat Bagh Sunday afternoon and after a prolonged confrontation with the riot police, they managed to reach Faizabad interchange.

All kinds of public transport including metro bus service in twin cities remained suspended due to the sit-in. The cellular services in Rawalpindi region and some parts of Islamabad also remained suspended while containers have been placed at all important roads, much to the inconvenience to the commuters. The local administrations of Rawalpindi and Islamabad warned organisers and activists of the TLP to immediately vacate Faizabad area but they have announced not to budge until their demands are met. The protesters are demanding that the government severs diplomatic ties with France and expels its ambassador. Majority of markets and shopping centers here in twin cities of Rawalpindi and Islamabad were also closed due to poor law and order situation for the last two days. There was a thin presence of employees in government and private offices because all main entries to the deferral capital were sealed. Majority of parents did not send their children to schools on Monday.

Police blocked the demonstrators as they attempted to enter Islamabad. Some chanted that the only punishment for a blasphemer was beheading, a police official said. The protesters attacked the police with bricks, stones and sticks and several of policemen were reportedly injured. The protesters damaged private vehicles by throwing stones at different roads of the city.

“We want the government to expel the French ambassador immediately,” the TLP’s vice president Zaheer-ul-Hasan said in a video statement, claiming that scores of TLP protesters were injured in the clashes.

Hospital sources also claimed that dozens of protesters and law enforcement agencies personnel had sustained injuries during the clashes. The police resorted to baton charge and reportedly threw tear gas shells to disperse the angry protestors. Following the skirmish between police and protesters, Murree Road area of Rawalpindi presented the look of a battleground.