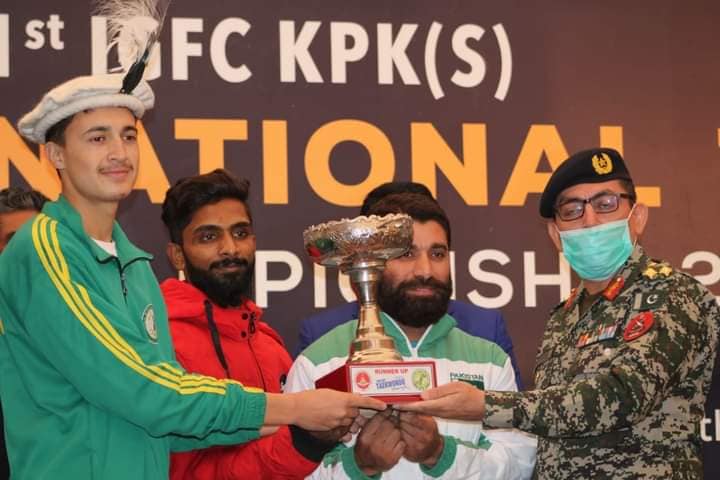 The Azamaray Club of South Waziristan won the title. A good number of spectators, tribal elders, civil and military officials and sportsmen were present to witness the final match.

Chief Guest of the ceremony Commander Frontier Corps’ Sector Headquarters South (SHS) awarded the trophy to the winning team and distributed prizes and shields among players.

He said that participation of Taekwondo Teams in the contest from different parts of the county was encouraging and hoped continuation of such events in future.

Expressing their views, tribal elders highly applauded the services of Pak Army and Frontier Corps SHS for humanitarian service and sports’ promotion in the tribal areas.