PM must intervene to impose health levy on Cigarettes

Society for Protection of Rights of the Child (SPARC) organized a Policy Dialogue on Tobacco Taxation in Pakistan on Saturday. 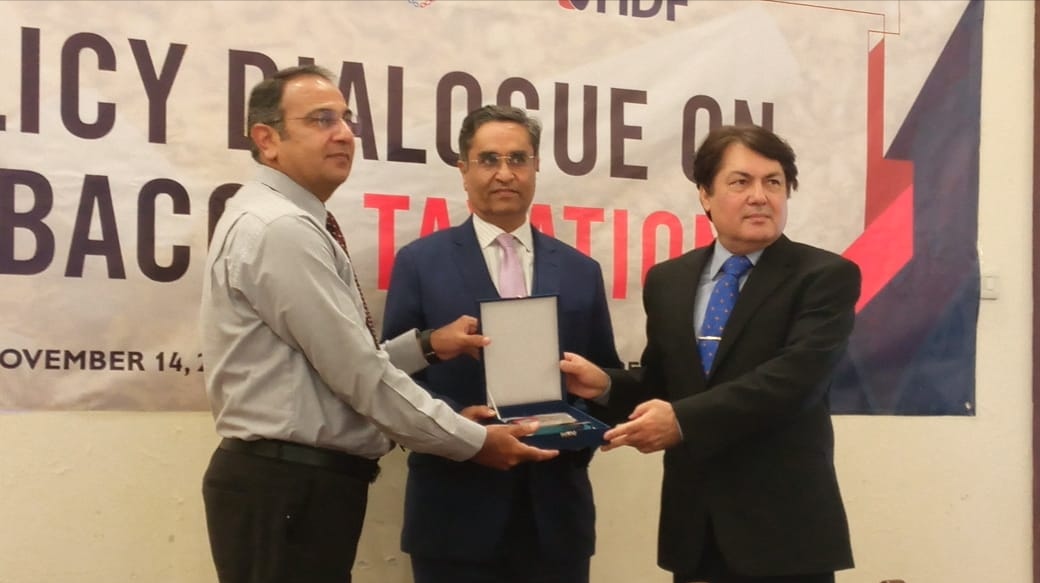 Sajjad Ahmed Cheema, Executive Director, SPARC informed that in June 2019, the federal cabinet decided to implement a healthy levy on tobacco products. The said move would have increased the price of tobacco products and make them unaffordable for low-income groups and children. However, this bill has been going back and forth between FBR, Healthy Ministry and Finance Ministry. The FBR has mentioned in written that it doesn’t have any issues with implementation of healthy levy. Hence the delay in this matter is a disappointing shock because it shows that public health is not a priority matter for our government.

Malik Imran Ahmad, Country head Campaign for Tobacco Free Kids (CTFK) demanded an investigation to determine why the decision of the federal cabinet to impose a health levy on tobacco could not be implemented and also demanded Prime Minister Imran Khan to take notice. As a result of the lack of implementation of the bill the country loss Rs. 55 billion last year. Health levy on cigarettes and sugary drinks would have generated Rs. 55 billion in revenue which could be used for healthcare infrastructure.

Barrister Muhammad Ali Saif, Member Senate of Pakistan said that an average, in Pakistan, smokers spend 10% of their average monthly income on cigarettes. When people spend their income on tobacco products, they are left with less money available for essential services such as child nutrition and education. He added that raising tobacco taxes is a proven policy to help reduce tobacco consumption as per the WHO’s recommendations. According to World Bank Report Pakistan should annually increase the excise rates by at least 30% on cigarettes to ensure the reduction in cigarette consumption and the growth of tobacco revenue.

Ch Muhammad Tarique, Member, Inland Revenue Policy, Federal Board of Revenue and Mr. Tariq Hussain Sheikh, Chief Sales tax & FED Policy Wing/ Project Director Track & Trace, Federal Board of Revenue (FBR) shared that the large fiscal imbalances in Pakistan require greater tax revenues. Tobacco taxation can positively contribute to government revenues. FBR played a key role in removal of third tier which was in the line with WHO requirements agreed by Pakistan. He added that FBR’s focus is not only to generate revenues but also to reduce consumption of tobacco and any government policy in this regard will be highly appreciated.

Dr. Samara Mazhar, Deputy Director (Programs) Ministry of NHSR&C mentioned that according to Pakistan Health Research Council that tobacco consumption costs the country PKR 192 billion health burden due to tobacco-related diseases and lost productivity whereas in comparison, the revenue generated from tobacco taxation is only PKR. 115 billion.  This large fiscal imbalance requires increasing the taxation. He added that any government policy, such as the imposition of the pending health levy will be highly appreciated.

The participants agreed that tobacco consumption is not only a health issue.

It has serious repercussions on poverty and economic stability, child development, child education, child labour and in many cases; it becomes a child protection issue as well. The government needs to remain steadfast to overcome any challenges thrown by big tobacco industry in order to safeguard Pakistani children from harms of tobacco.