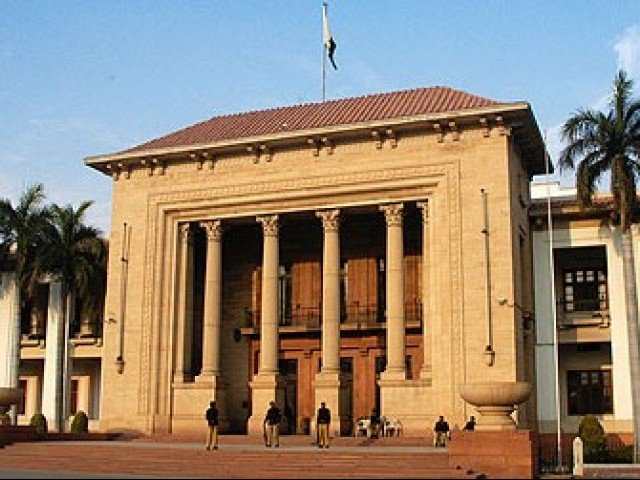 The ruckus and pandemonium continued in Punjab Assembly for the third consecutive day as both the treasury and opposition lawmakers refused to budge from their stance that left the Speaker with no option except to prorogue the session for indefinite time period.

As per the details, the opposition lawmakers grilled the treasury over reluctance of the federal government in accepting Rs.2000 per 40-kg bag as wheat support price unanimously passed by the Punjab Assembly on Wednesday. The provincial law minister Raja Basharat made it clear that mill owners will be imposed fine if farmers are not paid their dues within three months of the crushing season. Legislators from both sides (treasury and opposition) were at loggerheads to put onus of failures on each other’s shoulders. The Opposition’s strong protest continued for third consecutive day.

The session of Punjab Assembly started with laps of two hours and 26 minutes behind the scheduled time under chair of Speaker Chaudhary Pervez Elahi on Wednesday.

Speaking on a point of order, former PMLN’s Speaker Rana Muhammad Iqbal said “it is tantamount to disgrace the province’s top forum adding it is shameful that Punjab Assembly passed the support price of wheat but the federal government is not willing to accept it”.

PPP’s parliamentary leader Syed Hassan Murtaza said the farmers are being mocked, every institution has become weakened, we are being given wheat at rate of Rs.2800 which was available at the rate of Rs.1400. The atmosphere turned unpleasant when PPP’s MPA said no government will be in a position to fulfill the gap created by the flawed polices of the present regime. The present government is taking people at the edge of destruction rather than pulling them from prevailing situation.

Provincial law minister Raja Basharat expelled the impression being created by the Opposition against federal government adding it is premature to comment on it. We have discussed the matter with Chief Minister Punjab Sardar Usman Buzdar who himself will discuss with Speaker Elahi and the government will accept whatever decision is taken. He said it is first time that the crushing season started after the announcement of the government in central and south Punjab. He said the opposition should think hundred times before blame game on farmer’s rights adding he knows what he called prominent personalities who have yet to clear dues of the farmers in billions.