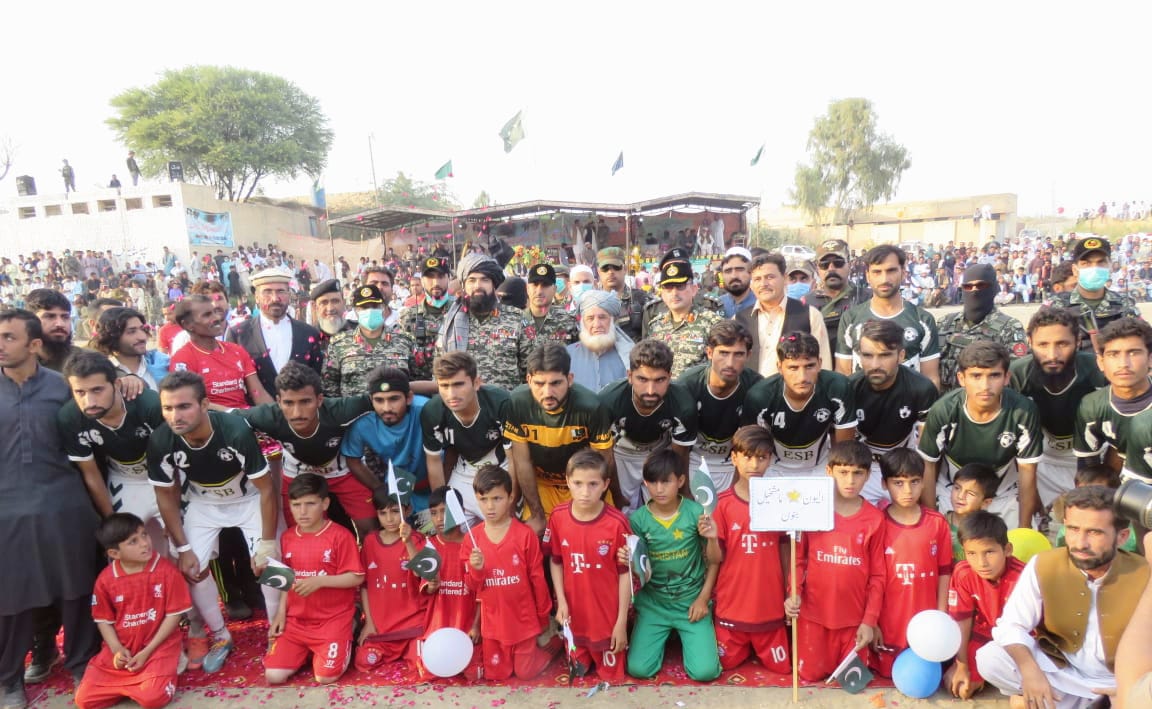 TANK: Inspector General (IG) Frontier Corps (FC) South, Major General Umar Bashir said that the sacrifices rendered by the armed forces of Pakistan yielded durable peace in the tribal areas and paved the way for the prosperity of the tribesmen. 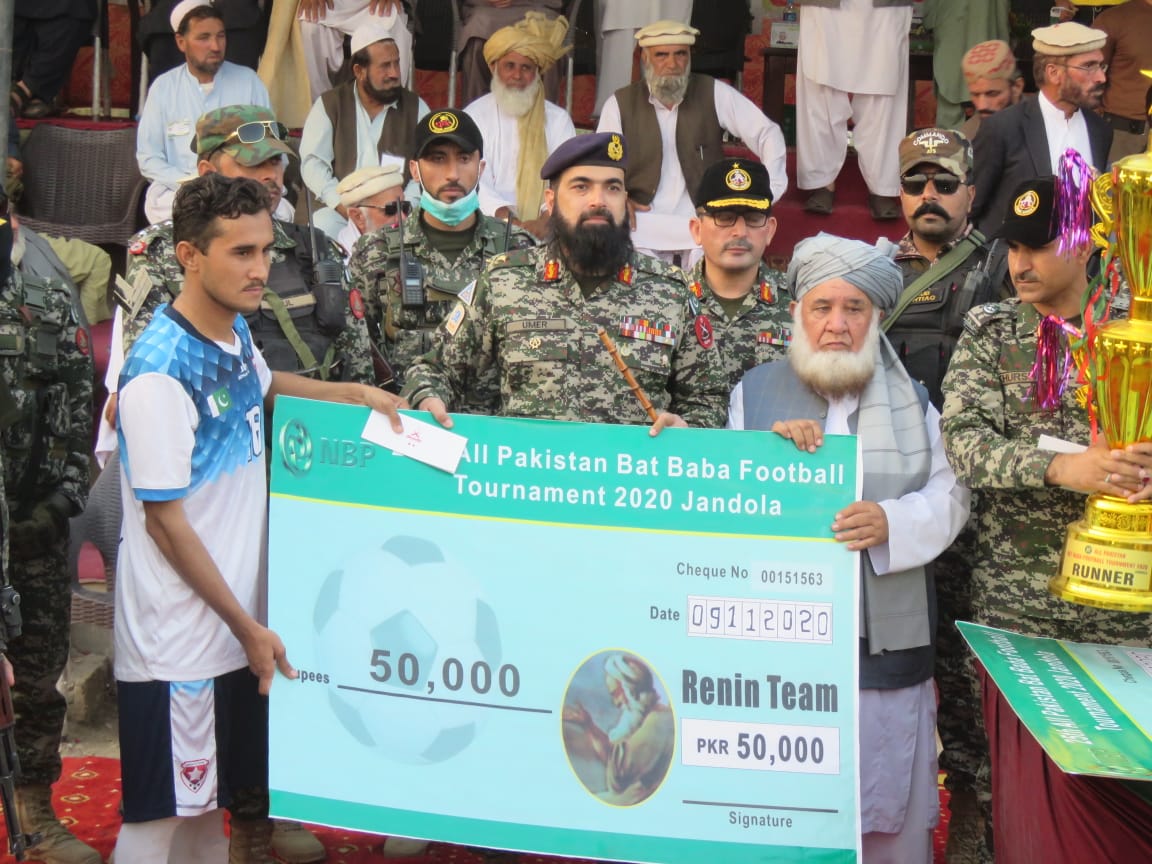 This he stated while addressing as a Chief Guest at the concluding ceremony of Bat Baba National Football Tournament at Jandola Sports Stadium here in sub division Jandola.
“Successful organization of such a big sports’ event in a remote tribal area has proved that the sacrifices rendered by Pak Army, FC and other law enforcing agencies have not gone in vain as a durable peace is restored in the area” said the IG FC Major General Umar Bashir. 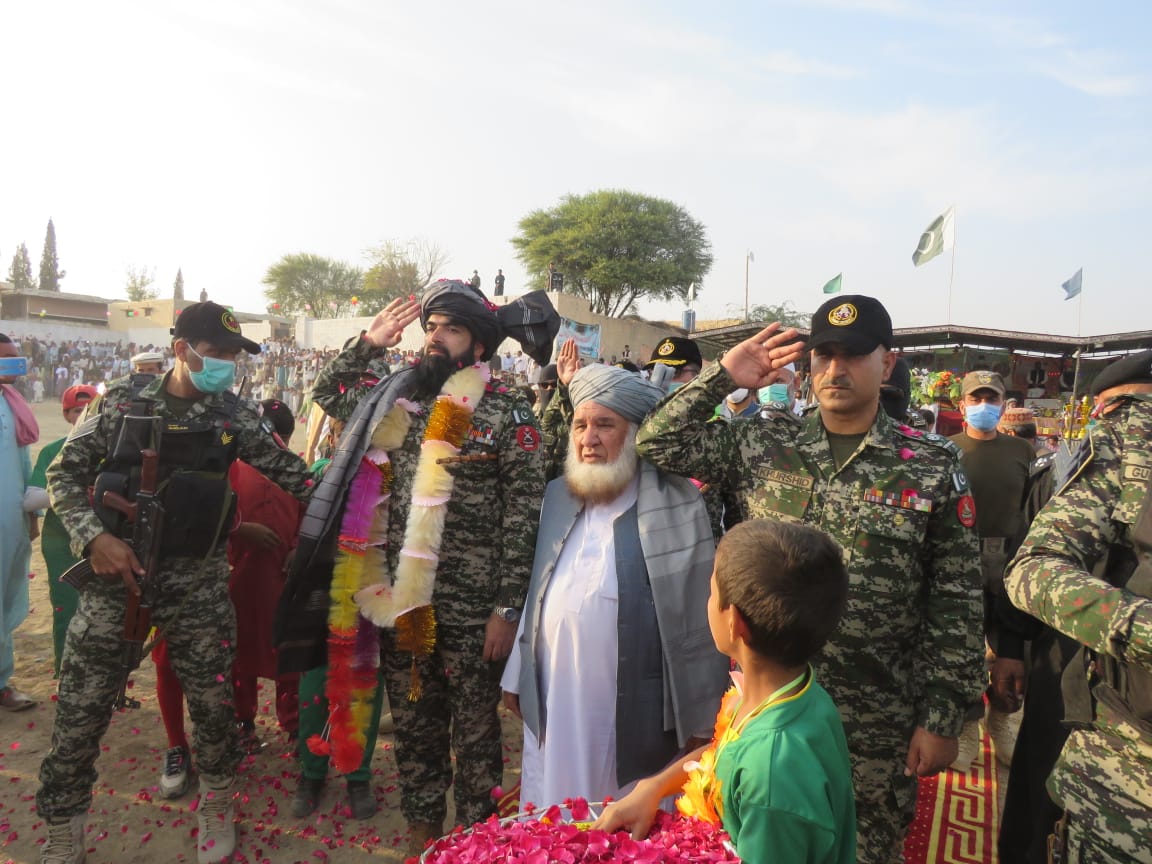 He said that alongside maintaining law and order, Pak Army was engaged in collaboration of local administration in the development and prosperity of the area and special steps were being initiated to involve the tribal youth in sports and healthy activities, he maintained.

On this eve, the IG FC South, Commander FC Sector Headquarters South, and Commandant Gomal Scouts awarded prizes to the winner and runner up teams and distributed certificates and prizes amongst the players and organizers of the Tournament.

Earlier on his arrival at the event scene, the IG FC was warmly welcomed by the tribal elders who wore him traditional “Pagri” (Turban) and raised slogans in support of Pak Army and Frontier Corps.
It is worth mentioning here that the Tournament lasted for 35 days wherein over 50 top class football teams from across the country contested.