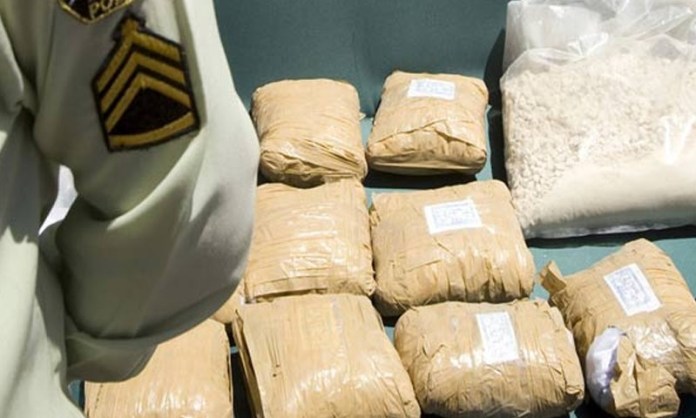 According to the spokesperson, Pakistan coastguards officers seize 9 kg Chars from near the Naka Khari check post during a PCG operation on a secret information.

The PCG arrested six and seized 13,673kg of betal nut, 1,060 stacks of foreign cigarettes and 18,312 packets of Indian gutka in separate search operations conducted near Naka Khari, and the Super Highway [M-9 motorway].

In another operation, the authority seized five Toyota Hilux vehicles over unpaid customs duty and arrest nine people. PCG spokesperson said the cars were being smuggled from Quetta to Karachi.