Elite Force must not be used for unnecessary duties: IGP 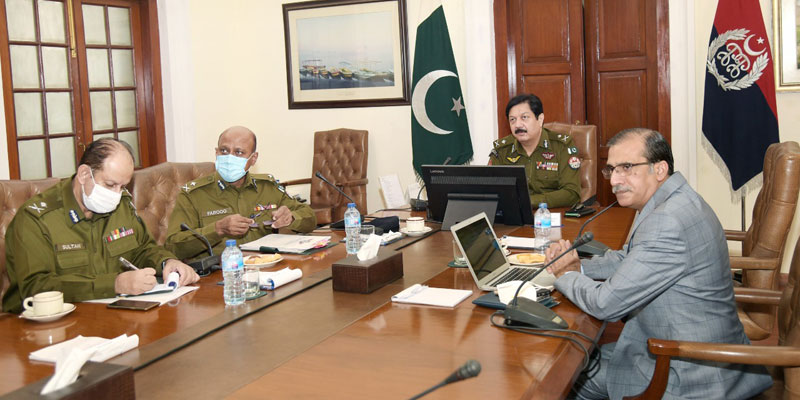 Inspector General of Police Punjab Inam Ghani has said that Elite Force is a modern trained and specialized operational force of Punjab Police which can be used only in the field during high-profile and other intelligence-based operations to eliminate terrorists and criminal elements.

He said that the professional training provided to the Elite Force is the best combination of physical, mental and moral training due to which the soldiers of the Elite have always thwarted the intentions of terrorist and criminal elements while performing their duties. The services and capabilities of expert instructors of modern policing and crime fighting should be fully utilized to maintain and further upgrade the quality of the department so that more professionally competent and strong personnel can be trained and come into the field.

He further said that in view of the threat of terrorism, a series of training workshops and excercises should be held to improve the training and response rate of the elite force, while matters related to the development and welfare of elite personnel should be resolved with personal interests without delay. He expressed these views while presiding over a meeting on professional affairs of the elite force at the Central Police Office here on Friday.

During the meeting, Additional IG Elite Farooq Mazhar briefed the IG Punjab about the overall performance of the Elite Force and other programs on which the IG Punjab issued orders for further improvement in the professional affairs of the Elite Force and Special Operations Unit. During the briefing, Additional IG Elite Farooq Mazhar said that the Elite Force personnel are being provided with the best training and all possible facilities in accordance with modern sciences and latest methods so that they can perform their duties in the field responsibly, with great skill and excellence. He said that during the training elite personnel have access to the best environment, accommodation and other facilities as per the principles of hygiene while regular monitoring of all matters is also ensured as per the training schedule.

The IG Punjab urged the Elite Force and Special Operations Unit to keep their morale high and enhance the reputation of the department by discharging every responsibility assigned by the department with diligence, professionalism and honesty. He further said that steps should be taken under a comprehensive strategy to address the issues related to the welfare of the elite personnel so that the officials of the elite force would continue to set examples of courage and professionalism in the field with courage and bravery.