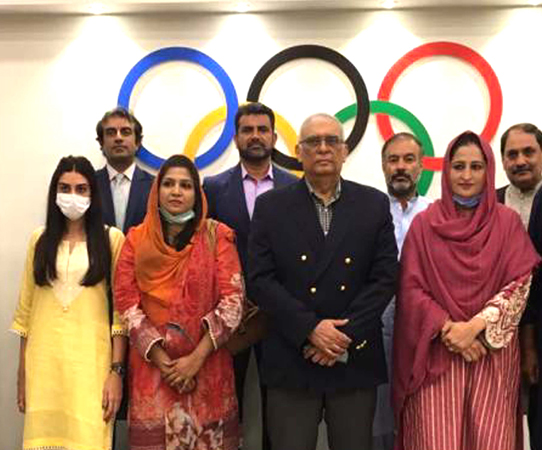 LAHORE: The General Council of the Pakistan Archery Federation (PAF) has expressed full confidence in the national federation’s President Lt Gen (r) Syed Arif Hassan at an emergency meeting here on Tuesday. The PAF meeting was held at Olympic House Lahore. The General Council meeting was attended by seven units, out of eight, of the PAF. The meeting was presided over by Arif Hasan. Due to nonelection of the Punjab Archery Association, no representative from Punjab attended the meeting. On the occasion, the General Council strongly condemned an illegal meeting, convened by PAF Secretary General Wisal Muhammad in Peshawar on November 10, and demanded that he must apologise to the members and officials of the PAF for his illegal and unconstitutional actions by November 9. Otherwise, a formal inquiry will be held against the Secretary General at the General Council meeting of the Pakistan Archery Federation on November 11. Later Arif Hassan thanked the General Council members for expressing confidence in him once again.