Everyone has his own reasons to love Central Asia. It stretches from the Caspian Sea in the west to China in the east, then from the border of Afghanistan in the south to the border of Russia in the north. Central Asia covering 1.5 million square miles comprises five republics of Kazakhstan, Kyrgyzstan, Tajikistan, Turkmenistan and Uzbekistan with a population of 75 million. The region was once home to the Silk Road to move people, goods and philosophies between Europe and Asia. Despite a history replete with ethnic, religious and political conflicts, Central Asia has turned out to be a robust cultural landscape after the demise of USSR.

Let us have a look at some top fascinations of Central Asia that enchant every tourist of the globe.

A. ALMATY: It is the old capital of Kazakhstan that is considered as financial and commercial hub of Central Asia. Being located on the snowy mountains, it is one of the most beautiful cities of the world. The city is surrounded by mountain treks and is ideal venue for winter sports. Fresh trout is easily available in waterfalls. Best facilities of accommodation, restaurants and transports are available. Central State Museum, Panfilov Park, Kok-Tobe, Green Market, Kazakhstan Museum of Arts, Almaty Lake and Shmebulock are major attractions. A plenty of lakes are there in the regional area of Almaty where you can walk on the frozen water during winter times.

C. TURKISTAN: Turkistan is Kazakhstan’s most important pilgrimage site with architectural value. Mausoleum of Khawaja Ahmed Yasawi was built by Timur in the 14th century. Khawaja Ahmed Yasawi was founder of Yasawia Sufi order in Islam. In his profound love for the Holy Prophet (SAW), Khawaja Ahmed wanted a lifetime of 63 years. Therefore, on reaching the age of 63 years, he retired underground in basement till death on reaching 74. It is spiritual tradition of the Kazakh Muslims to visit his tomb at least once in life.

D. KHORGOS: Khorgos having an area of 450 hectare is situated in Kazakhstan as a special economic zone that connects with China by rail. It has a railway track changing facility also due to gauge difference between China and Kazakhstan to facilitate rail cargo between China and Europe. It has potential to become the biggest dryport of the world. Having insight of future trade and commerce in connection with CPEC, certain Pakistani companies have already registered with Khorgos Dryport. Visitors from all over Kazakhstan reach visa-free duty-free shopping zone inside Khorgos that spans China-Kazakhstan border. This 5.3 square km shopping zone luring entrepreneurs and shoppers in big number every day.

E. BISHKEK: Kyrgyzstan’s capital Bishkek is delightfully green and a cultural hub. Modern Bishkek was founded in 1878 on the site of a Russian garrison. Victory Square is a public place in the city that was created in 1985 to commemorate WW-II victory over the Nazi Germany. The square features an eternal flame and a statute of a woman waiting for her husband to return home from the war. Other central attractions of Bishkek are Ala-Too Square, State Museum of Fine Arts, Lenin Statute, Osh Bazaar and Dubovy Park etc.

F. ISSYK-KUL: It is world’s 7th deepest and 10th largest lake in eastern Kyrgyzstan. Surrounded by snow-capped peaks, it never freezes due to numerous natural warm springs at the bottom. About 118 rivers and streams flow into the lake that is 118 km long and 60 km wide. Over 20 species of fish live in the lake. It is a great resting place of Central Asia. Due to magnificent scenery and clear blue water, the lake area abounds in health resorts, sanatoriums and holiday houses.

The writer is Country Manager of a Pakistani bank in Kazakhstan, with interest in Central Asian studies. He can be reached out at [email protected] 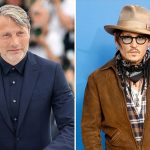 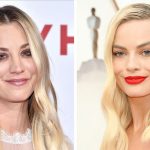 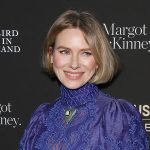 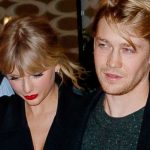 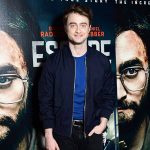