Land: A long-neglected resource in Pakistan

Pakistan has fertile and diverse lands, pockmarked with rivers and streams to craggy, lush green mountains to rich agricultural areas. This land provides numerous environmental benefits—scientifically called ecosystem services—to people. These include freshwater, food, fibre, flood control, heat wave protection, and recreation. This land, however, is not maintained cautiously but offhandedly. Land is the most exploited but poorly managed resource in Pakistan.

Land is the most exploited but poorly managed resource in Pakistan.

I recently completed an in-depth assessment of land-use changes in Pakistan over 100 years that shows how the nation’s ecosystem services have lately been on the downslide. And this decline will get worse under future climate and land-use changes. Entitled “Changes in land use and ecosystem services values in Pakistan, 1950-2050,” published in the Journal of Environmental Development, the study found that all but one land-use scenario in Pakistan show a rapid decline in the services. Declining climate and water services even portray a dire picture for our already water-stressed and climate-hit country.

Declining climate and water services even portray a dire picture for our already water-stressed and climate-hit country.

This research presents a few flashbacks of 1950 and 2000, a current scenario under 2015, and a flash-forward of 2050 that is awaiting all of us. What is most interesting is, first, consideration of land use changes at a long temporal scale (100 years) and, second, depicting four future land uses constructed under Intergovernmental Panel on Climate Change (IPCC) emission scenarios. I transform these land-use changes into monetary values of oft-overlooked but very vital ecosystem services. Doing so, I see a positive increase of $86 billion (USD 2017) in the overall value of ecosystem services from 1950 to 2000; but after 2000, things go downhill fast.

Pakistan’s first 50 years after independence had many land-use improvements brought about by building dams, scaling up irrigation, and expanding agricultural areas into deserts. These land-use changes led to an increase in the value of ecosystem services. Pakistan upgraded its irrigation system to divert river water for agricultural uses and started building barrages in the 1950s, like the Kotri and Guddu barrages. After signing the Indus Water Treaty with India in 1960, many link canals like Rasul-Qadirabad, Qadirabad-Bulloki, Bulloki-Suleimanki, siphons, and large dams such as the Mangla and Tarbela were constructed. As a result, the open water area and irrigation supplies increased rapidly. And, agricultural areas were almost doubled in size during this time, largely because of cultivation of barren and desert lands with increased irrigation water supplies.

Since 2000, however, $70 billion in ecosystem services value has been lost up to 2015. This drop is mainly due to a reduction in open water, forest, grassland and cropland ecosystems—all high-valued ecosystems—and their conversion to low-valued land uses like urban and desert/bare lands. Similarly, compared to year 2015, Pakistan’s future ecosystem services, according to my study’s land-use scenarios for 2050, show sharp decline in value except in the ecofriendly scenario that sees less conversion of valuable ecosystems (e.g., forest, open water and agricultural) lost to deserts or urban areas.

Projects like the Billion Tree Tsunami have an impact—but not as big as we portray. Through planting trees, this government-led afforestation project promises to add up to $3.8 billion per year to the overall value of Pakistan’s ecosystem services for 2050 scenario. This add-up, while valuable, is miniscule when compared to the needs that 2050 will call for. It is not enough to combat the waning trend of ecosystem services. e future.  Why is that this 3.8 billion is a small percentage in any of the four 2050 scenarios, respectively $202, $196, $185 and $241 billion for total ecosystem service; 3.8 billion corresponds to tiny increases in value only of 1.85%, 1.90%, 2.03% and 1.56% for each. So, we will either need a much bigger tsunami or many more tsunamis if we expect to see remediation responses big enough to counter the catastrophes spawned by future climate and land-use changes.  And, while such initiatives will help with mitigation, the average citizen is unlikely to see more than a few trickle-down effects.

Poorly managed land use depicts an alarming future for Pakistan’s climate and water services: what is coming down the pike? I found by valuating water and climate services separately that climate services show continuous decrease across 2000, 2015 and over all four future land-use scenarios. The cause is on-going deforestation and loss of grasslands. On the other hand, water services increased between 1950 and 2000, largely consequent to the construction of dams and irrigation infrastructure. But, since 2015, the values of both climate and water services decrease considerably for all 2050 scenarios, representing an alarming picture for our already water-stressed and climate-hit country.

Unlike the first 50 years, carving up deserts for agriculture in a water-scarce region will become an impossibility in the future. Instead, to meet future food demands, cropland expansion should take place in low-valued areas such as deserts (as was done between 1970 and 2000).  Still, any expansion of the cropland area must also bring assured water availability–yet that is not present in any of Pakistan’s future scenarios. One solution would be for future land-use policies to essentially consider protecting and increasing the nation’s forest area, which, in turn, can supplement water availability.

We only act when problems stand in front of us, unfortunately, both nationally and internationally alike. No matter it is more cost-effective if policymakers pay heed to scientific predictions/warnings and act to pre-empt catastrophes knocking at our door. By understanding the costs and gains of historic land use changes uncovered in my research, we can be in a stronger position to develop an optimal land use scenario that would increase these critical ecosystem services in Pakistan. Studies like mine that offer valuation of ecosystem services with longitudinal analyses that consider future IPCC scenarios in the regional context highlight the relevance of land-use planning at the national level.

Even considering small-holder agriculture as subsistence farming, future land use changes must be well thought out and not only politically motivated. An environmentally bleak future for our country can be changed by bringing in a sustainable land-use policy, which can only be designed by looking at the past. Here, this study can greatly help academia and policy makers alike to converge better steps of the past in determining the future direction. Barring sweeping actions on land-use management, Pakistan will suffer from climate change, water scarcity, and food insecurity into the future.

The author is a postdoctoral fellow in the Global Water Futures at the University of Waterloo, Canada, with additional international schooling and collaborations, and can be reached at: [email protected] 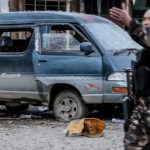