Islands are the property of Sindh 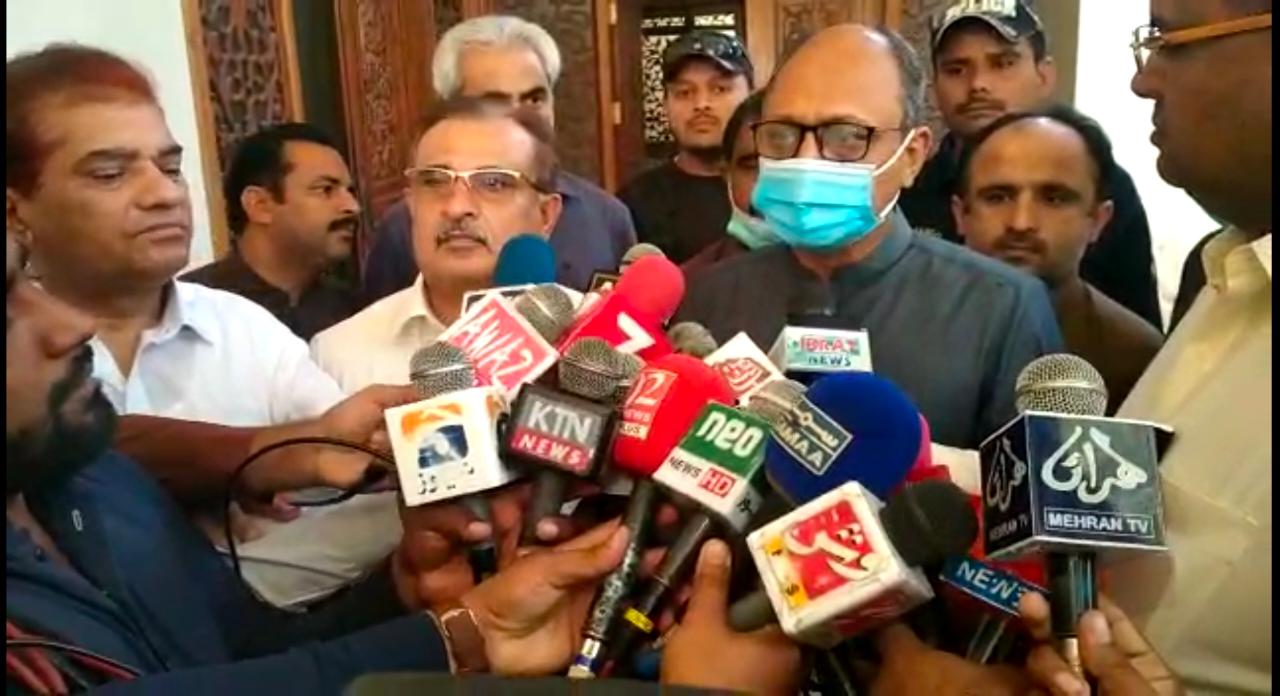 LARKANA: Islands are the property of Sindh no power on earth can snatch these lands as they belong to the masses of Sindh and report regarding the arrest of Safdar will be submitted to Sindh Chief Minister soon. Saeed
Ghani said

The Minister said that many government rulers made attempts to construct the Kala Bagh Dam., the people of the Sindh had always opposed the construction of Kala Bagh dam and due to this all their attrmpts were foiled to construct Kala Bagh Dam

He said Islands of Sindh are the property of the people of Sindh and they all would unanimously oppose the Ordinance of the Federal government .
He said Sindh government was not aware of “The arrest of the captain Safdar.
Dr. Shabaz is a liar and always seen lie through the mouth of Gul.
He expressed his views while talking to the media after condolence on the death of the mother from the provincial advisor jail-based Mir Ejaz Hussain Jakarani on Jacobabad .

Saeed Ghani said that there were many ruler in the past, in which some wanted to make a Kala Bagh Dam. damage, wanted to do any other thing, but when the people of all Sindh were on one side and agreed and they protested, the country that all the former rulers miserably ailedd.

He said that at all times, the political parties representing the people of Sindh, which are a voice of Sindh, are a sound, so that political parties are standing on one pitch , so I do not think the Federal government is power less and cannot take the lands of Sindh against the desire of the masses who are united for their even an inch of land and they would fought to the last ,

He said that the government regarding the Island of the province , had presented an agreement in the assembly that has been approved with consensus.

Saeed Ghani said that the residents of the Pakistan Peoples Party have been submitted against the Pakistan Peoples Party in the Senate and the National Assembly and the authority in the Constitution is also the national assembly and the Senate that they can reject any ordinance.
He said that I believe in Senate from 100% that this ordinance will also be rejected from there.
Ghani said that all these constitutional and legal requirements are standing on either side, but if the people of Sindh stand with a clear stand, no power can be force the ordinance for any power in Sindh province.
Saeed Ghani said provinc Imran Niazi does not know anything about ground reality .
In response to a question, Minister of Education and Labor Sindh said that the committee of Ministers of Ministers regarding IG Sindh has been over the last day and I am his convener and four other ministers with me and we will also start working in a couple of days and try to submit the facts and present the reality of the committee in front of Chief Minister Sindh.
Saeed Ghani on question about Shahbaz Gul, said that the person who is talking about you is not just a matter of truth, therefore, some of the truth can be true.

Its work and its based on lies that he lied all day.
He first said on the first and on the channel and I was told about the arrest of Safdar and said that he had arrested Sindh police and also said that Sindh government has no concerned with this arrest.

He said that we did not know him nor has it arrested from of context and it is on the record, and tell me that the minister said that the Chief Minister Sindh said that he was arrested by someone else.

All these things are coming from their own.
He said that the If police had arrested the captain Safdar and we believe that we had wrong without telling us and what was in pressure.

He said that on the other hand, a member of the Sindh Assembly, who had registered the FIR, who was not in the ATC case, which was not present on an exemption, which is not present on the Mazar leader, it is a part of a conspiracy on the house of Honim, and the FIR Kitty, which is the pictures we have shown, the same day, they have done this drama, and the drama was used by the PTI, and they have some people used when it comes to the report, and the things that will be clear.