Saudis under pressure to boycott ‘everything Turkish’

As part of an unofficial campaign against the sale and import of Turkish products, supermarkets in Saudi Arabia are calling for their boycott. 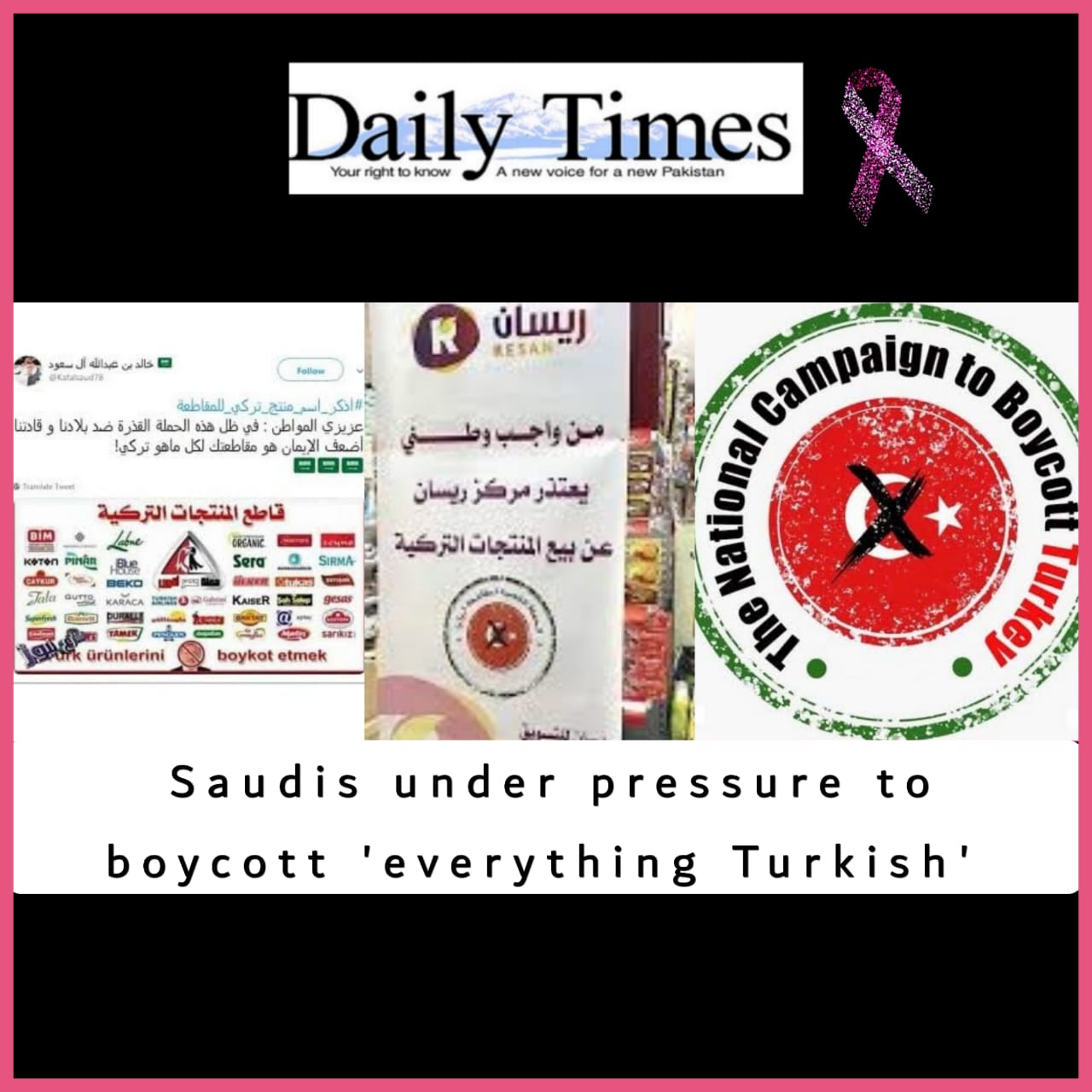 The boycott campaign came to surface amidst increasing political tensions between Saudi Arabia and Turkey.

While official representatives of the Saudi government have stated that no restrictions have been placed on Turkish products officially, the head of Saudi Arabia’s Chamber of Commerce Ajlan Al Ajlan urged the masses to boycott everything Turkish, calling it the “duty of every Saudi” to reject trade and business dealings with Turkey at the level of “investment, imports and tourism”.

After his statement, hashtags calling for boycott of Turkish goods kept trending on the Saudi cyberspace.
As the campaign is gaining momentum, several Saudi supermarkets have announced to participate in the campaign and have declared that they would stop importing Turkish products and have begun operations to ’empty their warehouses’ storing goods that have already been purchased from Turkish companies.
Ironically, in order to get the already imported Turkish products off shelves, stores are trying harder to market them. Photos from some supermarket chains show banners stating “Don’t touch Turkish products”  prominently displayed at stores.

Many shopkeepers support a ban on Turkish products, however some also have concerns about limiting options for Saudi consumers.

Political conflict between Riyadh and Ankara deepened after Saudi opposition journalist Jamal Khashoggi was mysteriously murdered inside the Saudi consulate in Istanbul. Turkey holds the highest authorities of the Saudi government responsible for Khashoggi’s murder. According to recent reports, his fiancée Hatice Cengiz, who is

Turkish national, has filed a federal lawsuit against Saudi Crown Prince Mohammad Bin Salman in Washington DC, in which she and a human rights organization Khashoggi founded shortly before he was assassinated, have accused him of ordering the murder.

The boycott campaign, which was later welcomed by a section of masses in UAE, Kuwait and Bahrain too, surfaced immediately after the second death anniversary of Jamal Khashoggi. This is why many in Turkey suspect that authorities in the Saudi regime, who wish to validate and propagate their anti-Turkey sentiments, are behind this campaign.
It is noteworthy that Turkey’s total foreign trade is way higher as compared to the volume of Turkey-Saudi Arabia trade exchange which has already decreased by 25% in last two years. This means that even a successful and complete boycott of Turkish products in Saudi Arabia will not affect Turkey’s economy, but the absence of Turkish impots will be felt by Saudi citizens, as they are greatly dependent on cheap but good quality products of Turkish origin.