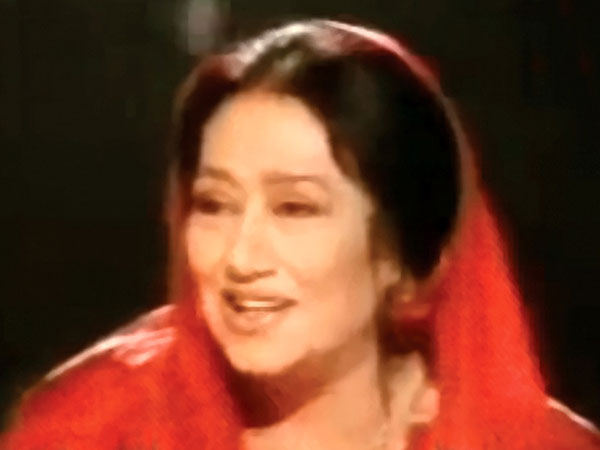 The 7th death anniversary of Pakistani playback singer Zubaida Khanum observed on Monday in the country. A private news channel reported that Khanum Born in Amritsar, India in 1935 in a Muslim family but migrated to Lahore after independence in 1947. She recorded over 250 songs during Golden Age of Pakistani film music of 1950s and 1960s. Zubaida Khanum made her debut as a singer in film Billo, when renowned Pakistani music director Ghulam Ahmed Chishti introduced her into the film industry, but she got her big breakthrough from film Shehri Babu in 1953 in which she instantly had many run-away super-hit film songs. Zubaida also acted as a supporting actress in a handful of films including Patay Khan and Dulla Bhatti. However, she earned a name for herself as the most melodious film playback singer of Punjabi and urdu films in the 1950s. Her career lasted only for eight years but her realistic voice and convincing super-hit film songs emerged as remembrance to the golden period of Pakistan’s film industry.